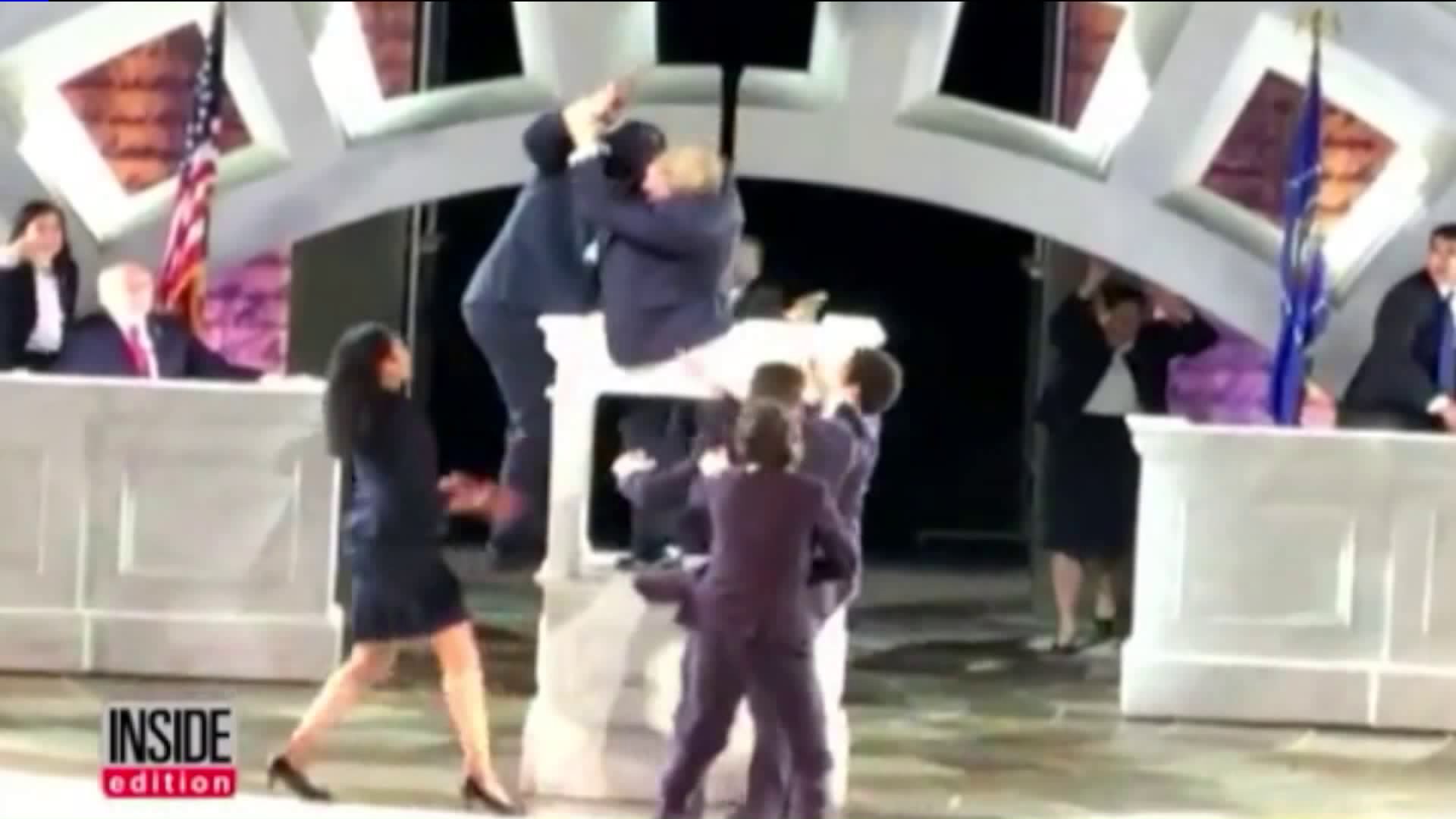 Donald Trump Jr., took to Twitter to connect the shooting of Majority WhipRep. Steve Scalise to the The Public Theater`s "Julius Caesar."

Donald Trump Jr., took to Twitter to connect the shooting of Majority Whip Rep. Steve Scalise to the recent controversy over The Public Theater's "Julius Caesar," which features the assassination of a ruler that resembles President Donald Trump.

Trump's son retweeted political commentator Harlan Z. Hill: "Events like today are EXACTLY why we took issue with NY elites glorifying the assassination of our President."

The modern day clash over art and politics has all the elements of a Shakespearean drama. Oskar Eustis, director of the new production, said the theater is not advocating for violence.

People familiar with the play have been quick to point out how wrong Trump's views on the play are. Presidential historian Gary Klein said it's obvious Trump Jr. has never read the 1599 play.

"This controversy is nothing new there have been productions of 'Julius Cesar' which had featured President Obama," Klein said. "The whole point of 'Julius Cesar' is to show that political violence can actually bring about a worse result."