Vladimir Lenin statue rises on the Lower East Side 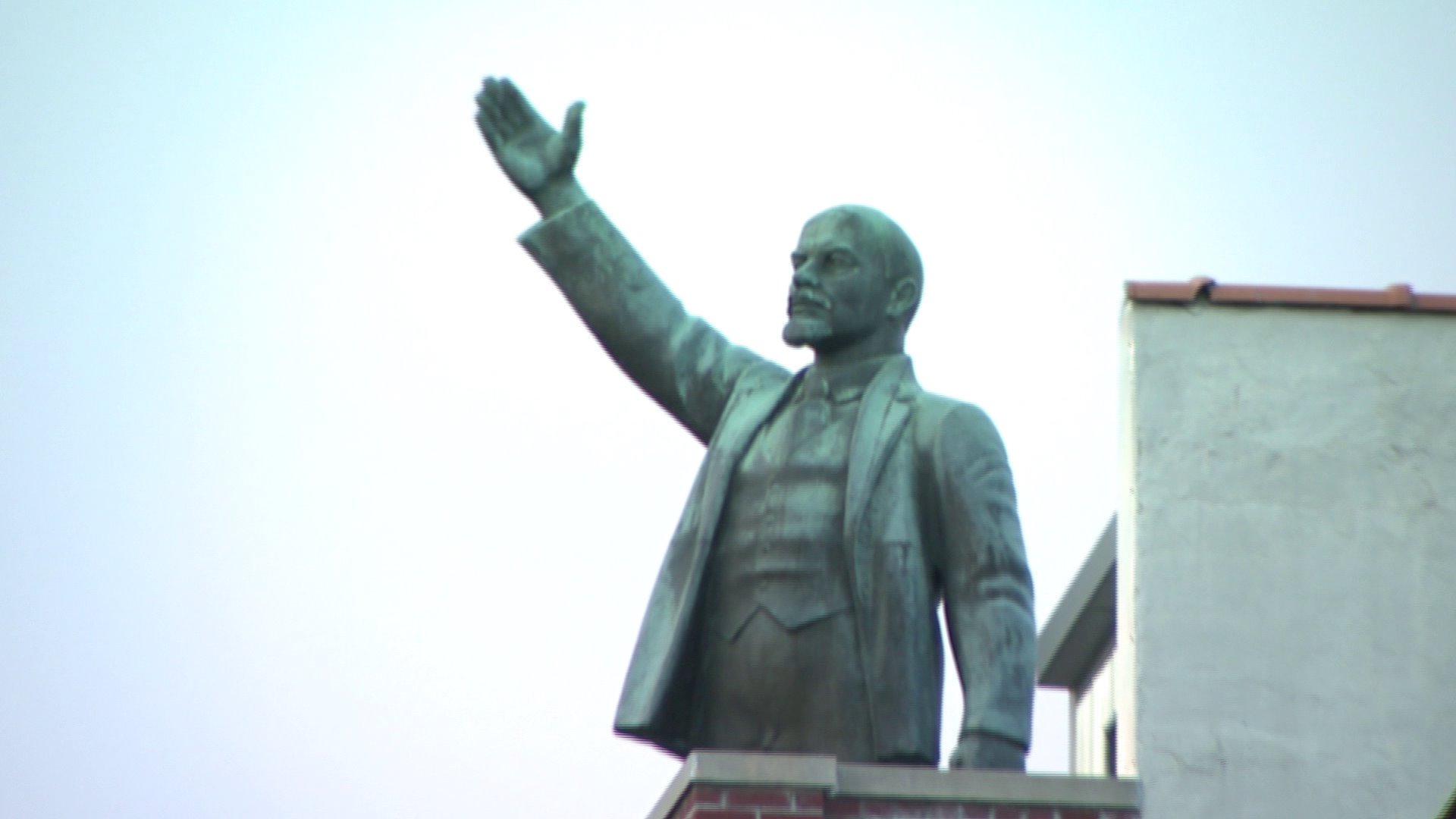 LOWER EAST SIDE, Manhattan — Vladimir Lenin tried to change a country — but it was the people who live on Houston Street who succeeded in changing his address — moving him from a high rise luxury building to a low rise apartment building.

Lenin's name is embedded in Russian history as the leader of the Bolshevik revolution and founder of the Russian communist party.

But as with so many other Russian leaders his stature toppled with time, his stature remains tall. At least on New York's Lower East Side. His likeness is perched high atop an apartment building on Norfolk Street, all 18 feet of him, his hand outstretched in perpetuity — much as it was in Moscowland.

"Did they move him here?" asks one neighborhood resident. It certainly appears they did.

The statue was toppled from the red square luxury building on Houston street when it was taken over by new owners. After a year in storage, neighbors missed ole Vlad and shipped him east, half a block away to the surprise of some who were red faced when they weren't sure who he was.

So how do they feel about Lennnism off Houston?

"I've seen a lot weirder things down here," one woman claims, which another suggests the statue adds to the character of the neighborhood.

Many of today's millennials live on lower east side, and to them Lenin stands tall.

"Many of millennials are socialists," one young man tells me. "And they support what Lenin had to say about capitalism."

So from what we heard, heard its hands off ole Vlad.

He's just another neighborhood guy. And I noticed that he is facing west. Could that be a sign of detente?