Queens baseball players drafted from high school to the MLB 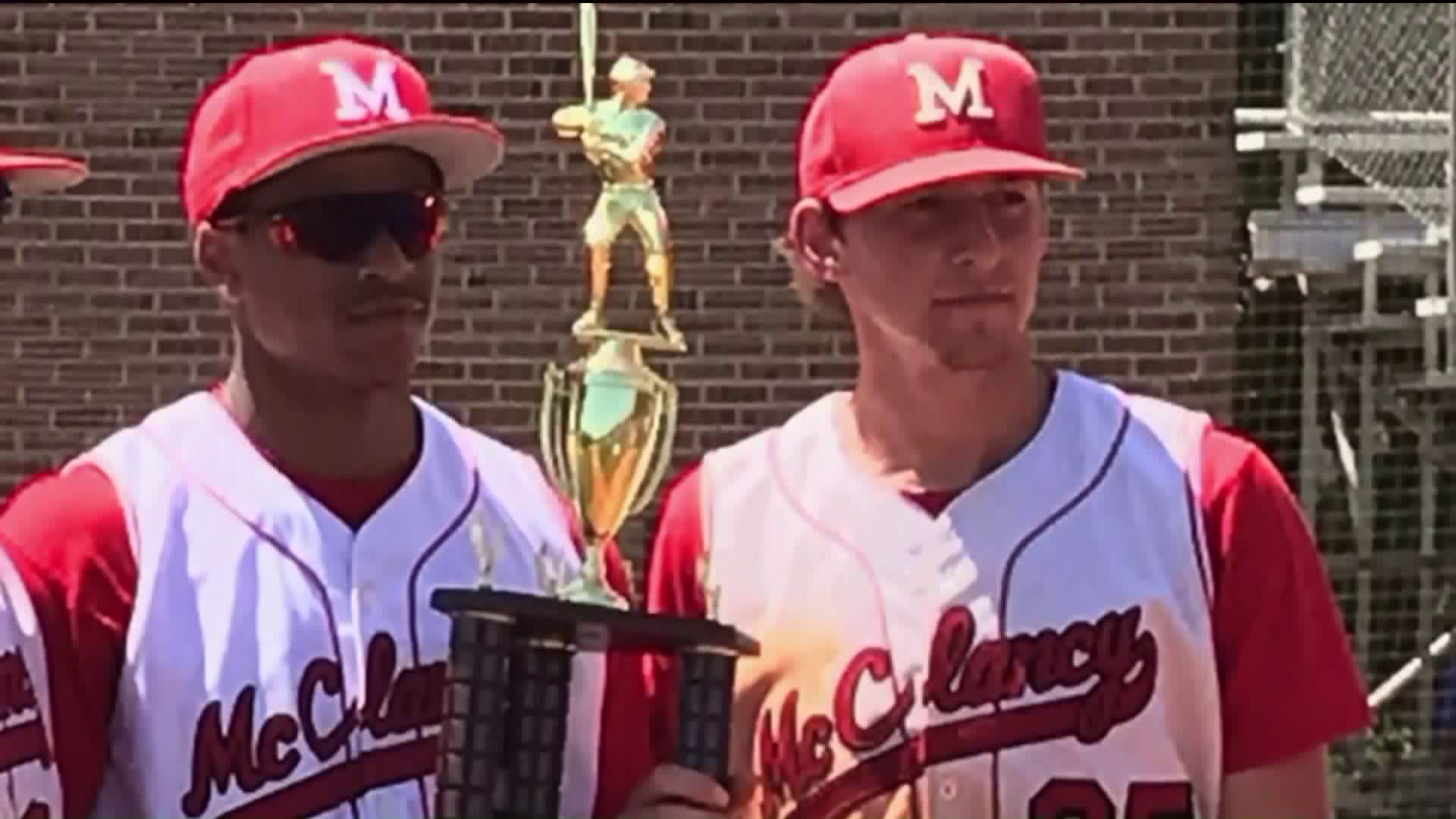 The two players drafed by the MLB both attend Monsignor McClancy High School in Queens.

EAST ELMHURST, Queens — Classmates from a Queens high school are living the dream; they went to bed recent graduates and woke up as Major League Baseball draft picks.

Charlie Neuweiler hit one out of the park first as a fifth round selection pick Wednesday afternoon by the Kansas City Royals. His Monsignor McClancy Memorial High School teammate, Quentin Holmes, was drafted Tuesday morning by the Cleveland Indians.

The 17-year-old says he's living the dream. His success on the baseball diamond brought scouts to games and those scouts were the ones who spotted Neuweiler.

McClancy baseball coach Nick Melito said it's a common occurrence for scouts scoping out one player to find another.

Melito made sure to tell scouts to factor in the conditions that his players were forced to play and deliver in when making their choices.

"Put the kid coming from Florida into the northeast and see how he does, but I know my northeast players can go south and excel, because that weather he really excels in," Melito said.

As far the two local professional franchises, the Mets and the Yankees, taking a pass on them? Holmes made it clear he has a long memory,