N.J. residents without water in extreme heat due to chain-reaction main breaks 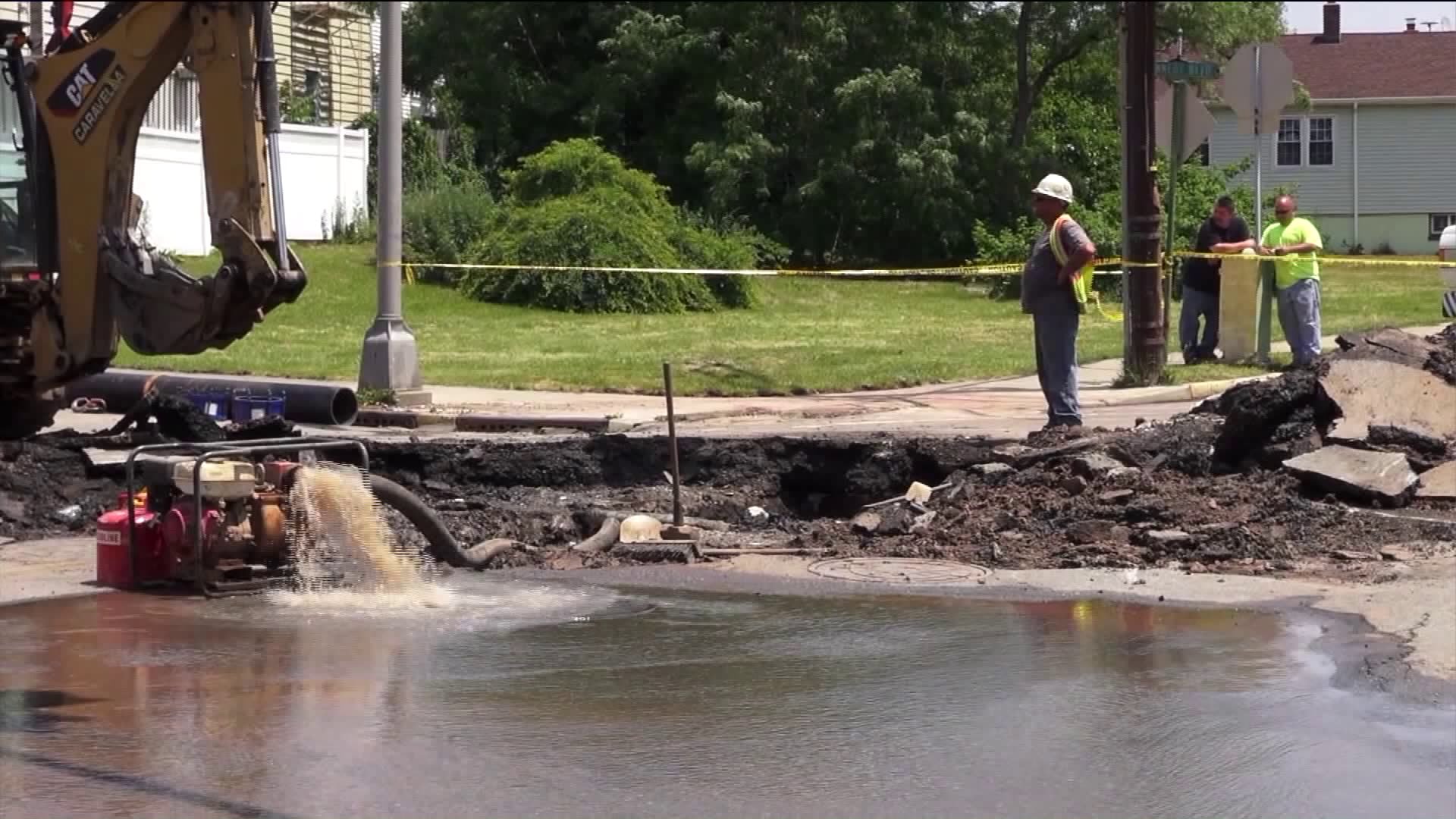 At the peak of the problem, more than 100 homes in Bayonne were without water.

BAYONNE, N.J. — At the peak of the problem, more than 100 homes in Bayonne were without water as emergency repair crews made headway but ran into some difficulty restoring water after several water mains burst in a chain reaction that could have been triggered by this week's extreme heat.

Monday's high temperatures led to increased demand on the water system, which is operated by Suez.

"I woke up without water," resident Martin Benedek said. "It's hot. You need water. It's ridiculous."

After residents went to bed, the water pressure systemwide may have suddenly dropped and caused a main to rupture, according to Bayonne's city administrator Joe DeMarco.

The first main ruptured after 2 a.m. Tuesday and apparently set off a chain reaction.

"I took a shower last night so that was good. But you still get sticky," said resident Kathleen Keller.

All residents in Bayonne may see reduced water pressure or discoloration. Water is expected to be back for those residents without a drop by Tuesday night.

"Don’t forget this is an old town, too, and things have to go at one point or another," resident Joan Crawford said.

Suez is still working on determine an exact cause for the breaks.