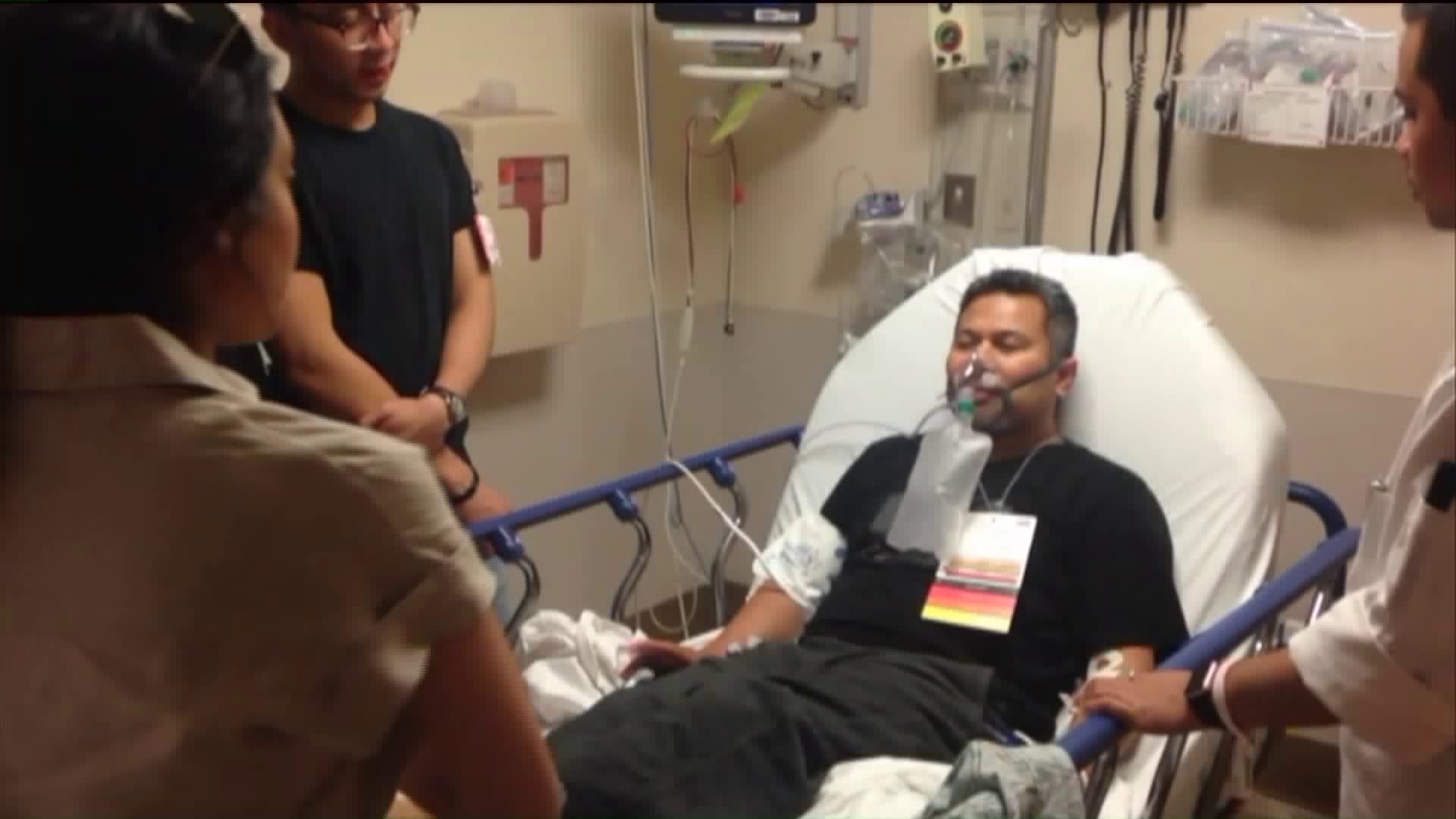 Carbon monoxide spewed from a defective boiler in a Tribeca high-rise Tuesday, causing 32 peple working in a kitchen to fall ill and the building to be evacuated, according to the fire department.

TRIBECA, Manhattan — Carbon monoxide spewed from a defective boiler in a TriBeCa high-rise Tuesday, causing 32 people working in a kitchen to fall ill and the building to be evacuated, according to the fire department.

Dozens were injured when a fire broke out in TriBeCa on June 13, 2017. (Jeff Benjamin)

Fire officials responded to a defective boiler, first described as an "oil burner" by FDNY, in the basement of a multiuse building at West Broadway and Murray Street around 8:30 a.m., according to the department.

FDNY initially reported they had responded to a fire.

Numerous people became ill when workers began sorting through packages of salad bowls in a kitchen inside the building, prompting a response from the bomb squad.

Officials investigated the salad bowls, and visited its distributor, but found nothing suspicious, FDNY says.

Thirty-two people in all were transported by EMS for minor injuries, including some who passed out, according to FDNY, who earlier said 34 people were injured.

All of the transports worked in the kitchen, fire officials say.

Hengky Tanzil, the executive chef at the Amish Market, was among the dozens of patients taken to hospitals for treatment. He described a frightening scene of co-workers fainting and losing consciousness.

He said that as he tried to help someone, he himself became overcome with carbon monoxide poisoning.

"We don't smell anything. I'm just thinking, maybe this is my last day. I couldn't do anything. If something happens to me, just call my wife," Tanzil told PIX11 News exclusively.

People are transported from the scene of a fire that caused high levels of carbon monoxide in TriBeCa on June 13, 2017. (John Ryu)

The 12-story building was evacuated and an adjacent structure was searched during the incident, fire officials said.

High levels of carbon monoxide were detected up to the building's third floor during the investigation, and determined to be caused by a defective boiler.

A pipe from the boiler has been capped and levels have since dropped, FDNY said around 11 a.m.

Streets in the area were closed during the investigation, and were being reopened as of 11:20 a.m.

Live view from above an apparent carbon monoxide incident in Lower Manhattan on Murray and West Broadway pic.twitter.com/t42Qf9WECS