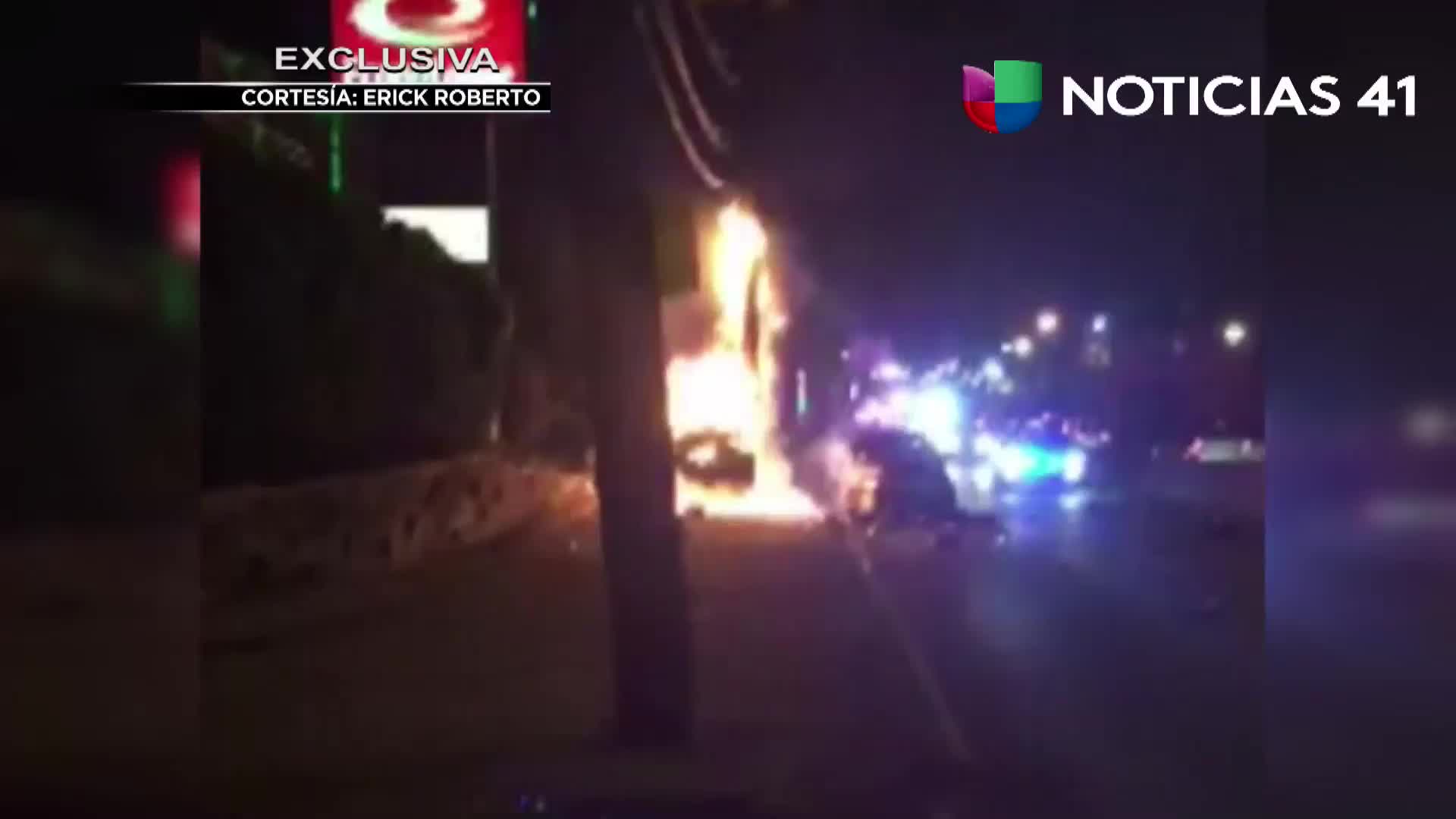 A group of New Jersey police officers were caught on camera kicking a man who was on fire after being struck by a car as it crashed.

JERSEY CITY, NJ – Four police officers in Jersey City who were caught on camera kicking a man who was on fire after being struck by a car as it crashed have been suspended indefinitely without pay, local officials said.

Two deputy chiefs were also transferred and face charges for their role in the incident, Mayor Steven Fulop said. The prosecutor is still involved in determining any additional punishment.

Fulop has called for the termination of the officers after the incident.

It started after Leo Pinkston, 48, crashed his car in front of the EconoLodge after being chased by cops for six miles. Officers had fired shots as they chased him.

The officers kicked a man on fire after he crawled away from the wreckage. But the man wasn’t Pinkston; it was an innocent bystander.

“Where appropriate, there could, and probably would be criminal charges,” said Mayor Steven Fulop.

It’s unclear why the officers decided to kick the man instead of helping him.

“Look, we have a high standard for the police department,” said Mayor Fulop in an interview after the incident first came to light. “They do a tremendous job. We’re not going to let just a few bad apples be a reflection on the entire police department or the entire city. We’re going to be aggressive with them.”

“This video is now part of all the evidence we are considering as we investigate the actions of all individuals…we will utilize all resources available to the Prosecutor’s Office for a full and thorough investigation as we seek to bring this matter to a rightful conclusion.”

“We repeat our call for a full and impartial investigation into this incident,”  Disbrow said. “Unfortunately Mayor Fulop continues to indicate that he has no intention of allowing this to be the case.”