Puerto Rico votes to become U.S. state – 7 things you need to know about the island 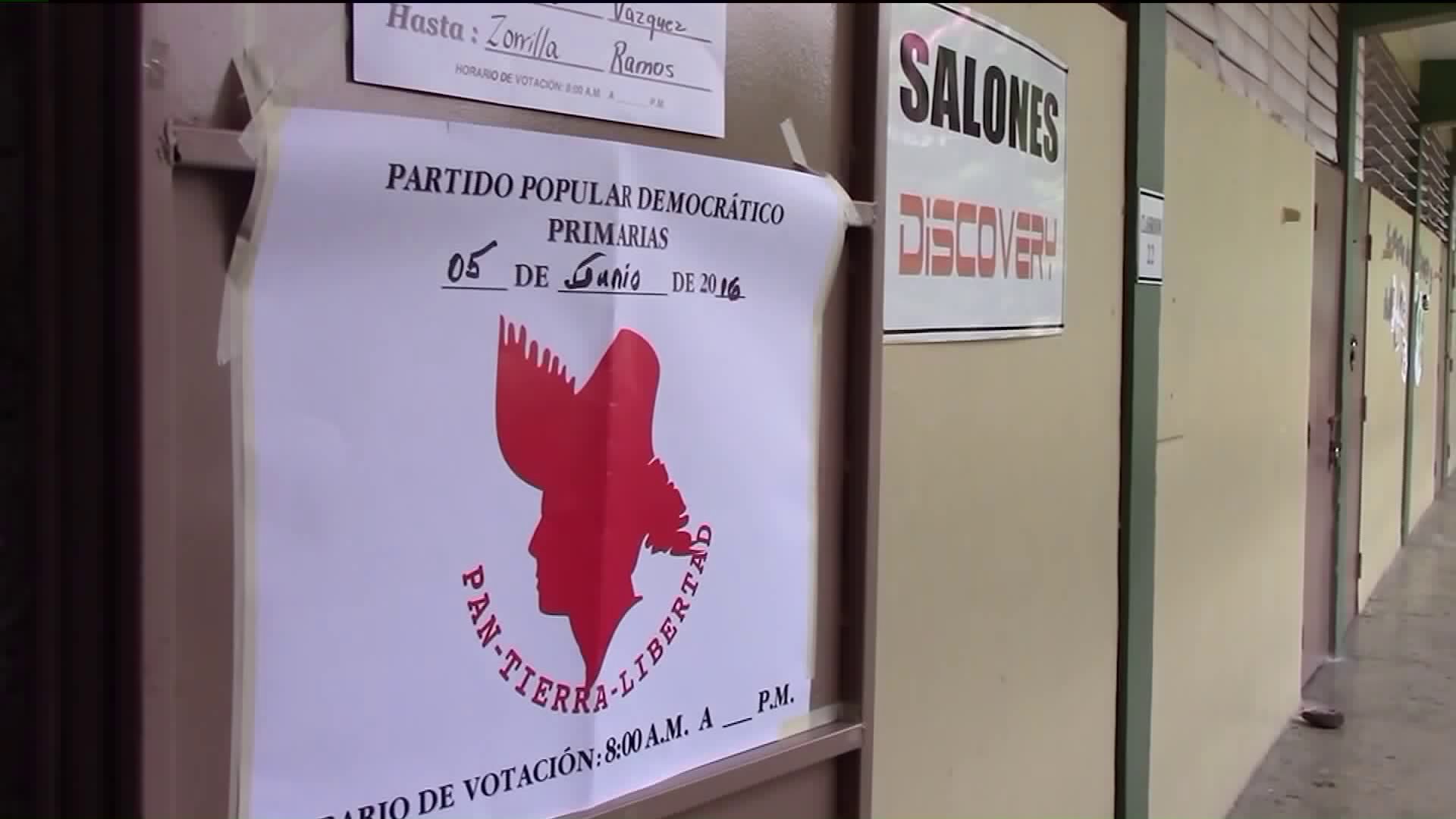 Puerto Rico on Sunday overwhelmingly voted for statehood. But Congress, the only body that can approve new states, will ultimately decide whether the status of the US commonwealth changes.

Ninety-seven percent of the votes in the nonbinding referendum favored statehood, an increase over the results of a 2012 referendum, official results from the State Electoral Commission show. It was the fifth such vote on statehood.

"Today, we the people of Puerto Rico are sending a strong and clear message to the US Congress ... and to the world ... claiming our equal rights as American citizens, Puerto Rico Gov. Ricardo Rosselló said in a news release.

Here are 7 things to know about Puerto Rico:

The Taíno Indians already called the island home when Christopher Columbus landed there in 1493, and it was settled around 1508 by Spanish explorer Juan Ponce de León.

It was eventually named Puerto Rico, which means "rich port" and became a Spanish colony for about 400 years.

The Spanish mined for gold and established agricultural plantations with slave labor, but the colony eventually became more valuable as a military outpost.

The island came under US control in 1898 after the Spanish-American War.

A 1950 federal law helped clarify the relationship between the United States and Puerto Rico, paving the way for a public vote on its new constitution. After it was approved in 1952 by the people of Puerto Rico, President Harry Truman, Congress and the Puerto Rican governor, the island became an official US commonwealth.

What's the difference between a commonwealth and a territory? Not too much, except that commonwealths have their own constitutions. Puerto Rican residents have been US citizens since 1917 (thanks to the Jones Act), so they receive many of the same benefits and protections, with just a few differences.

For one, they can truthfully say, "Don't blame me, I didn't vote for them," when discussing the US presidency. While voters can participate in primary elections, they can't vote for president in the general election. In 2016, 75 percent of Puerto Ricans voted for Marco Rubio in the Republican primary (and nearly 14 percent for Donald Trump) versus Hillary Clinton's 61 percent of the Democratic vote.

Puerto Rico has a nonvoting delegate in Washington, called a resident commissioner. Back home, Puerto Rico has its own governor and legislative body.

A definite plus to living on the island and one reason some might prefer things as they are: Puerto Ricans only have to pay federal income taxes on work they've done in the States, and not at home.

As a commonwealth, Puerto Rico gets US military protection and receives federal funding from the government for highways and social programs, just not as much as an official state gets.

Citizens pay into Social Security and have access to Medicare and Medicaid, but instead of being eligible for Supplemental Security Income assistance, low-income, elderly and blind or disabled people can get help from a similar program run by the US Department of Health and Human Services.

There could be a lot of changes in federal programs if Puerto Rico joins Team USA as a state, such as those for student loans, the GI Bill, Pell Grants and assistance programs for families and children.

Statehood, independence or somewhere in between

Options on the weekend referendum included remaining a commonwealth, becoming a state, entering "free association" or becoming an independent nation. Free association is an official affiliation with the United States where Puerto Rico would still receive military assistance and funding.

Four plebiscites, or popular votes, have been held to decide the commonwealth's status in relation to America. Three of four times, Puerto Rico residents voted against statehood (in 1967, 1993 and 1998).

In a 2012 referendum the majority of voters for the first time chose statehood, but it didn't go anywhere. (Some argued the results should have been considered a "no" since more than one-third of voters left the part about alternative status blank.)

Jorge Benitez, a political scientist at the University of Puerto Rico-Rio Piedras, said the only definite takeaway from the 2012 vote results at the time was that the people of Puerto Rico wanted a change in status. "It isn't clear what change we want, but we want change," he said.

"I think people just came to realize that the current relationship simply does not create the number of jobs that we need," Puerto Rico Secretary of State Kenneth McClintock said after that vote nearly five years ago.

In 2012, 6 percent of voters opted to cut ties with the United States.

"What people have to understand about the need for independence is that there's a fear that's been instilled on the people in Puerto Rico that if we were independent we couldn't run our own country," activist Rosa Clemente, the 2008 vice presidential nominee for the Green Party, told CNN's W. Kamau Bell.

After Sunday's successful fifth vote, the next step is another vote in October.

Then there would need to be a statute passed by Congress that would lay out the details of the transition process over the next few years, which would end with statehood. If Congress does not pass a statute, Puerto Rico's status would remain as it is.

The economy in Puerto Rico is in bad shape. Really bad shape, considering the commonwealth declared a form of bankruptcy on May 3 after having already defaulted a couple of times. Previously, Detroit's was the largest filing by a municipality in US history; it owed about $18 billion. Now Puerto Rico holds that record, owing its creditors $73 billion.

What happened? Unemployment is high, holding steady about 11.5 percent since March, and almost half the population is below the poverty level, about 46 percent.

The team at CNN Money determined in 2016 that over time, the Puerto Rican government flat out spent too much, possibly because of a translation error in its constitution. Also, some laws had been changed by Congress, erasing tax breaks and business incentives Puerto Rico was counting on.

Plus, a lot of people moved away.

Statehood for Puerto Rico could help the island's economy bounce back faster because more money would come in from federal spending on programs (but keep in mind the offset for federal revenue from individual and corporate taxes).

As of 2016, 3.4 million people called Puerto Rico home. If someone moves from Puerto Rico to the mainland, they are migrating. Remember, they're citizens, so they don't need passports or visas. In 2015, about 89,000 Puerto Ricans moved to the US mainland, a record high, according to analysis by the Puerto Rico Institute of Statistics, though about 25,000 returned to the island that year.

Why is everybody taking off? A 2014 report by the Pew Research Center on Hispanic Trends indicates a variety of reasons, from opportunities for better jobs, higher salaries and nicer places to live. This leaves fewer people back home to pick up the slack, which means lower birthrates and less tax revenue to help get the economy back on track.

In March 2014, Edwin Melendez, director of the Center for Puerto Rican Studies at Hunter College in New York, told CNN, "In Puerto Rico, there's a generalized perspective that there's a 'brain drain' because so many young professionals have left," Melendez said, "but they aren't the only ones leaving. It's also labor workers and families."

On the flip side, some people and businesses see valuable financial benefits in moving to Puerto Rico. Two laws enacted in 2012 give tax breaks to nonresidents and tax exemptions on investments for residents.

The crossroads of the Caribbean

The island brings in nearly $4 billion annually through the tourism industry, and hosts about 10 million visitors via the airports, according to the Puerto Rico Tourism Company. Multiple cruise lines make stops at the port of San Juan, adding even more visitors to the mix. El Yunque National Forest, the San Juan Historic Site, which includes Fort San Cristóbal, plus beautiful beaches and the streets of Old San Juan draw hordes of visitors.

Unfortunately, the Zika virus, an illness spread through mosquito bites that causes birth defects and other neurological issues, has affected tourism numbers. More than 40,000 cases have been reported there since the epidemic began, and a public health emergency was declared. In June, the governor's office announced the epidemic was over.

What it means to be Puerto Rican

Having Puerto Rican roots is like belonging to a huge, close-knit family, and those members who achieve success on the international stage are a source of immense pride back home.

Take US Supreme Court Justice Sonia Sotomayor, whose family moved from Puerto Rico to the Bronx in the 1940s. The first Hispanic to sit on the nation's high court, she was sworn in in 2009. Sotomayor is treated like a rock star during her regular visits to Puerto Rico for speaking engagements.

Puerto Rican native Rita Moreno summed up the importance of her heritage by recounting to NPR's "Weekend Edition" in 2013 that her best supporting actress Oscar win for "West Side Story" (1961) became even more meaningful after she learned the Puerto Rican community had been cheering her on.

"(I)t really put me back in touch with my people, and I had a people. I had a people who knew all about me. I just didn't know about them."