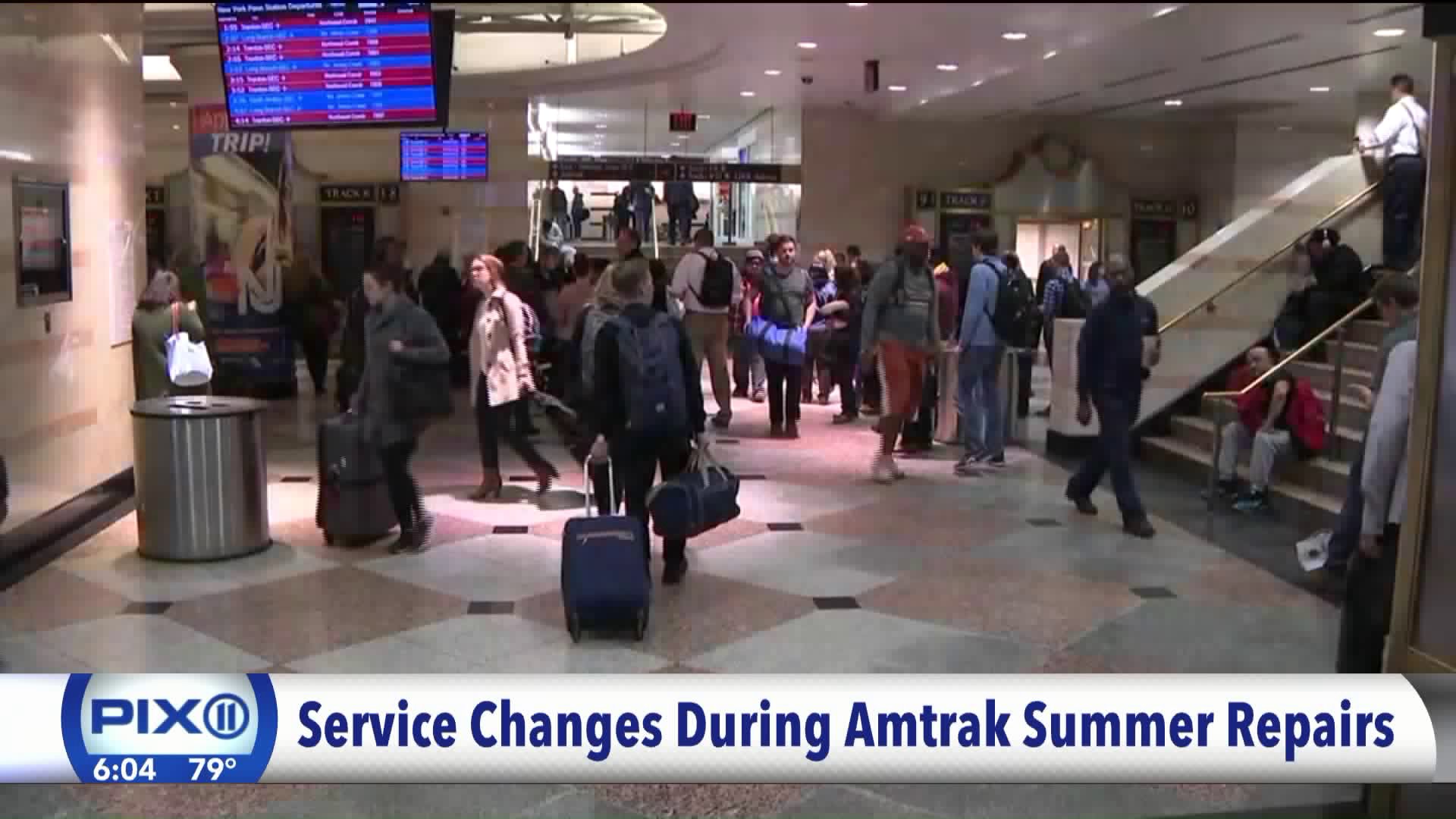 Rides and routes will be be different in and out of New York's Penn Station beginning July 10 through September 1st.

New Jersey Transit has published schedule changes during the period of Amtrak's big track work. You can sign up for alerts and download the information on the changes here.

The Long Island Rail Road has not issued changes for service as of this week. Sources tell PIX11 News the final details are being worked out and negotiated and they should have an agreement soon.

The changes are mainly for weekday service. There will be cross honoring on NJTransit Buses, PATH Trains and NY Waterway Ferries from Hoboken. Commuters from towns due west of Manhattan, as far as Hackettstown, will bear most of the pain. Rail lines serving those areas will be diverted to Hoboken, where commuters will transfer to New York Waterway ferries or trains operated by the Port Authority of New York and New Jersey.

Amtrak owns and operates Penn Station. After a series of track issues and delays, and public pressure, the private-public company agreed to step up repairs. That means some of the 21 tracks will be closed. That limits travel in and out of the facility.

New York Assemblymember Jeffrey Dinowitz (D-The Bronx) chairs the Assembly Committee on Corporations, Authorities and Commissions. He has held hearings to review Amtrak's responses and plans. He has requested emergency intervention at Penn Station from the federal government and President Trump.

“Millions of people rely upon New York’s transit systems and its transportation hubs to commute in and around the New York City metropolitan region," he said.

"We are on the brink of a catastrophic failure that would impact millions of commuters and devastate our economy."