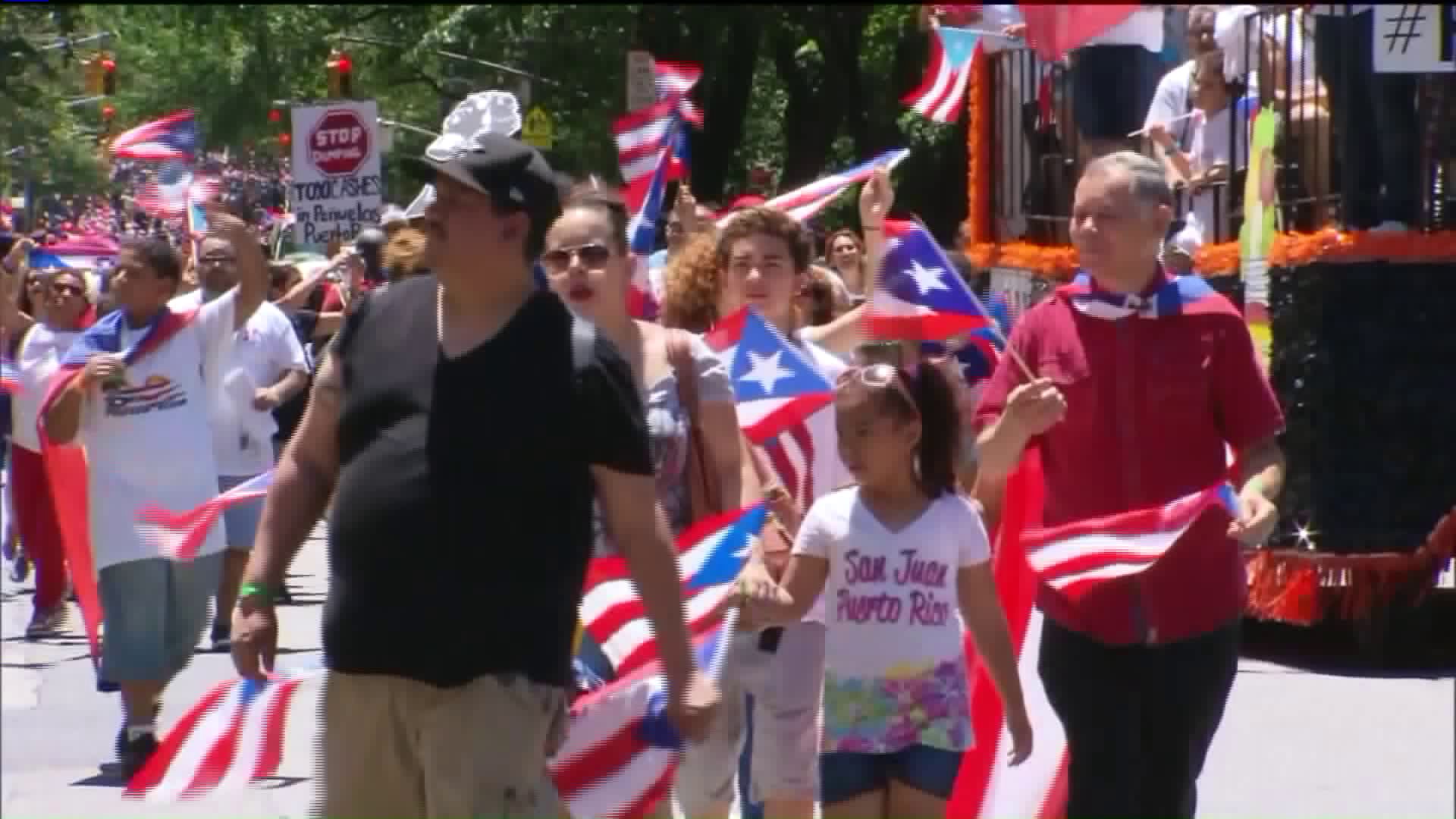 The media is to blame for the controversy surrounding the Puerto Rican Day Parade, the parade`s president told PIX11 on Friday.

NEW YORK –– The media is to blame for the controversy surrounding the Puerto Rican Day Parade, the parade's president told PIX11 on Friday.

During the interview which was at times combative, Lorraine Cortés-Vázquez, an advisor to Mayor Bill de Blasio, blamed the media for the controversy, saying reporters have failed to understand "the Puerto Rican."

There will be less floats then in years past, thanks to a dark cloud of controversy that has surrounded the run-up to the parade.

The parade's committee decided to honor Oscar Lopez-Rivera, the former head of the militant group FALN.

The group was behind the 1975 bombing of Fraunces Tavern.

“I don’t know if I’d call it a cloud, I would just say it’s a difference of opinion," Cortés-Vázquez said of the controversy.

Big sponsors including Goya and Coca-Cola and Police Commissioner James O'Neill were among those who bailed on the parade because of its association with Lopez-Rivera.

Family members of those killed in the Fraunces Tavern bombing lead the calls for the parade to rescind Lopez-Rivers's honor.

"There is no way that you can ever forget the loss of a loved one," Cortés-Vázquez said.

She added the conversation surrounding honoring Lopez-Rivera "has been had over and over again."

"What’s new is the tone and the tenor people want to give it," she said.

Police were out Friday night, setting up the barriers for the parade which will march up Fifth Avenue on Sunday.

"We’ve increased security, there’s no crosstown traffic, there will be sand trucks," said Terence Monahan, the NYPD chief of patrol.

“[Attendees] are going to see more people from out of state then we’ve had in the past, they’re going to see a celebration of culture and art," said Cortés-Vázquez.