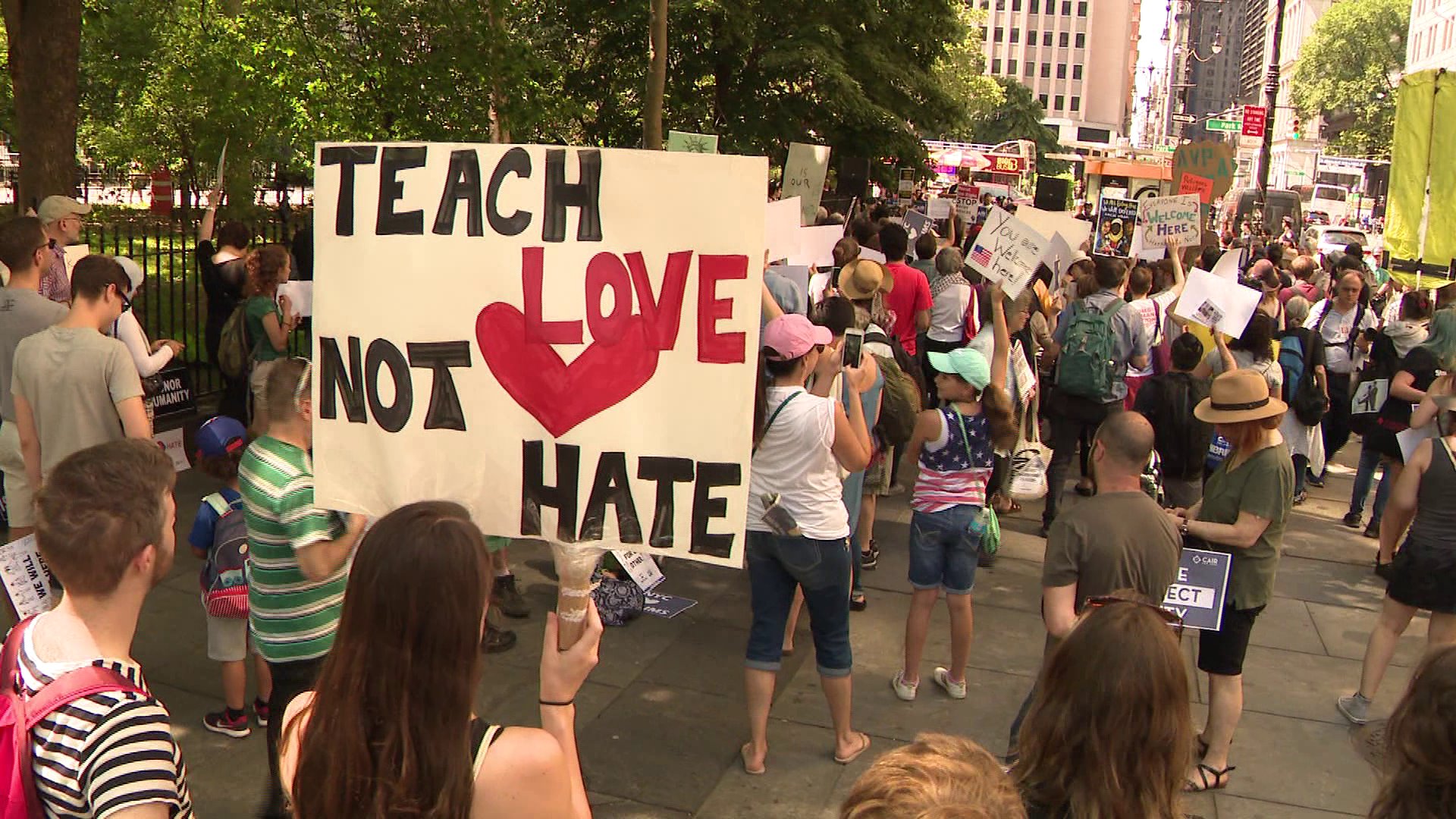 NEW YORK  — People protesting Islamic law and counter-demonstrators expressing support for Muslims have clashed verbally in New York City, where police have stepped in between the two groups.

Later, a man collapsed while watching a speech at Saturday's anti-Shariah ACT for America rally. The fire department said he went into cardiac arrest and was taken to a hospital.

The protests unfolded amid similar demonstrations around the country. After some of the New York counter-protesters crossed a street and approached the rally, officers stood between the groups.

Participants in the anti-Shariah rally say they're worried that Islamic law could influence U.S. courts and harm women, among other concerns. Counterprotesters say the rally is stoking unfounded fears and stirring racism.