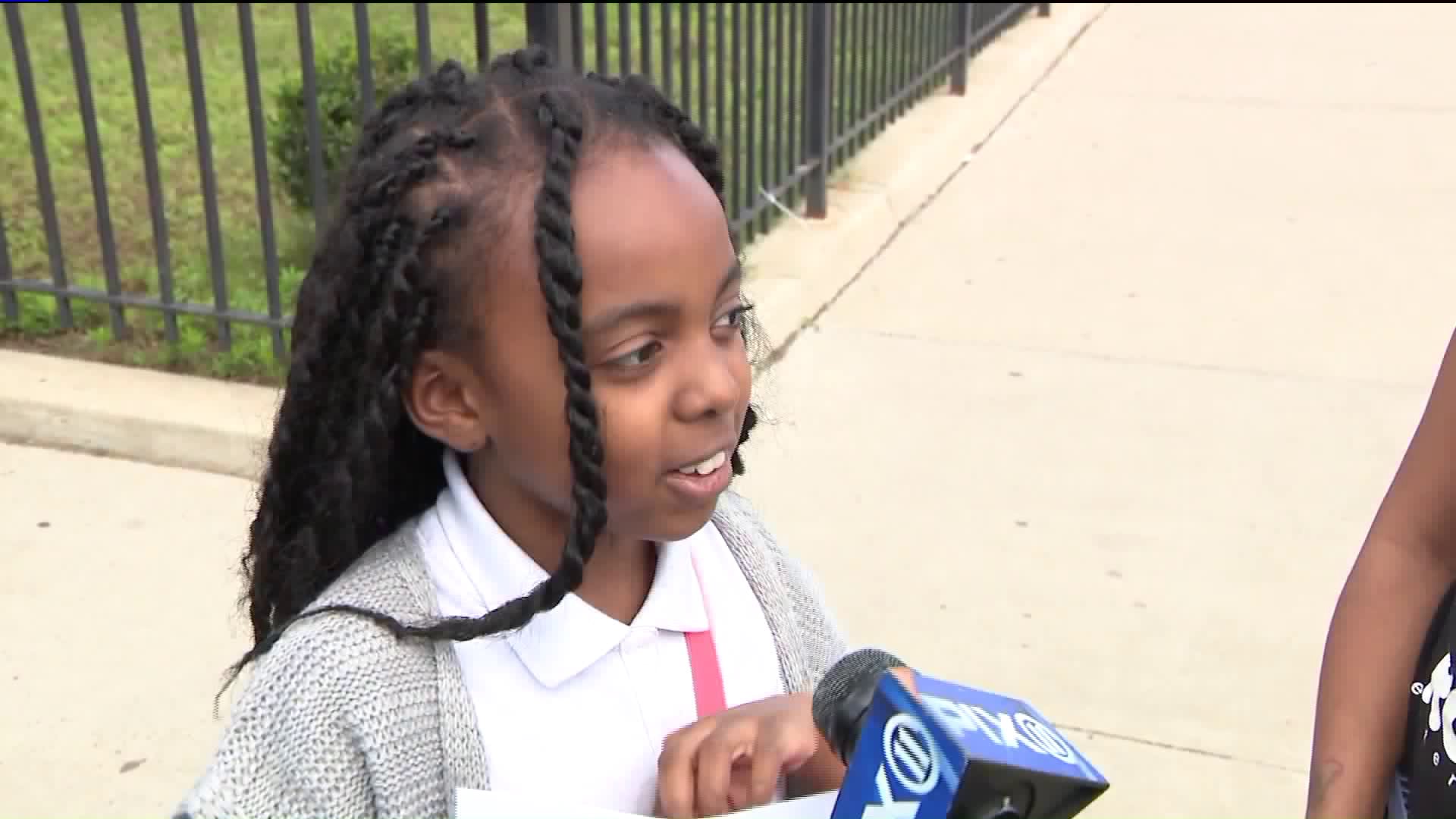 More than a dozen students were hospitalized after a school bus crashed into another one in Mahwah Friday morning, authorities said.

MAHWAH, N.J. — It's that phone call that no parent wants to hear — that their child has been in a school bus crash that left several kids injured.

In the case of one group of students involved in a double bus crash Friday morning, that call never came, which has many of their families upset and frustrated now.

"My neighbor was cutting through the park and she happened to let me know there was a pretty serious accident with the third and fourth graders," said Malena Polanco, whose daughter, Sanii Clark, was on one of the buses affected by the collision. "That's what made me run here," Polanco told PIX11 News. "I was so scared. Oh my God."

Polanco's daughter was one of 147 elementary school students on four buses that were on a field trip from their school, Public School 11 in Passaic, to Museum Village in Monroe, New York, 45 miles away.

While the convoy was driving through Mahwah, according to police, the next to last bus tried to avoid a bag of debris on the highway.

"[It was] in one of the lanes of travel on Route 17 North," said Mahwah Police Sergeant Michael Blondin, "and that affected one bus that caused it to be rear-ended by the other bus."

That collision injured 17 children on two of the buses. Some were hurt more than others.

"Their nose cracked," said Hillary Tipale, one of the students on one of the buses that did not collide. She watched her friends get evaluated by EMTs on the scene. So did fellow third grader Sanii Clark.

"Some had, like, neck braces and boots," said Luis Ruiz, 20. He works at the Burger King that's right next to the crash site. It allowed first responders to use their facility as an evaluation center and as a holding facility until ambulances were on scene.

Police and medics said the injuries looked worse than they were.

"Bumps and bruises," is how the injuries were described by Ken Parker, spokesperson for Valley Hospital in Ridgewood, where the injured were taken. "I saw two students with icepacks," Parker, continued. "All the students seem to be in good spirits."

Not in good spirits now, though, are some parents and students, regarding the way the emergency was handled.

"My mom never knew there was an accident," said Tipale, one of the students, "because the school never called the parents."

She'd translated that information from what her mother, Nancy Mendosa, had told her. Hillary and other students also showed a letter of explanation that the school sent home with students. Many parents said that was simply not good enough.

"I'm just finding out just now," said Malena Polanco, minutes after her neighbor alerted her to the crash, which the neighbor had learned about from a Facebook post.

"We as parents deserve to know whether our child was safe or not," Polanco told PIX11 News.

For it's part, Passaic Public Schools pointed out, in comments by Superintendent Pablo Muñoz, that the families of the injured students had been notified of the crash and of the injuries.

"My aunt knew because she saw it on Facebook," said Hillary Tipale, explaining how her mother found out about the crash. Her aunt alerted her mother after seeing the Facebook post.

What happened next, Hillary's mother, Nancy Mendosa, said in Spanish, while her daughter translated. "I went running from the house and picked my daughter up from school," Mendoza said. "I forgot everything."