Is another heat wave about to hit the tri-state? Here’s how hot it’ll get: 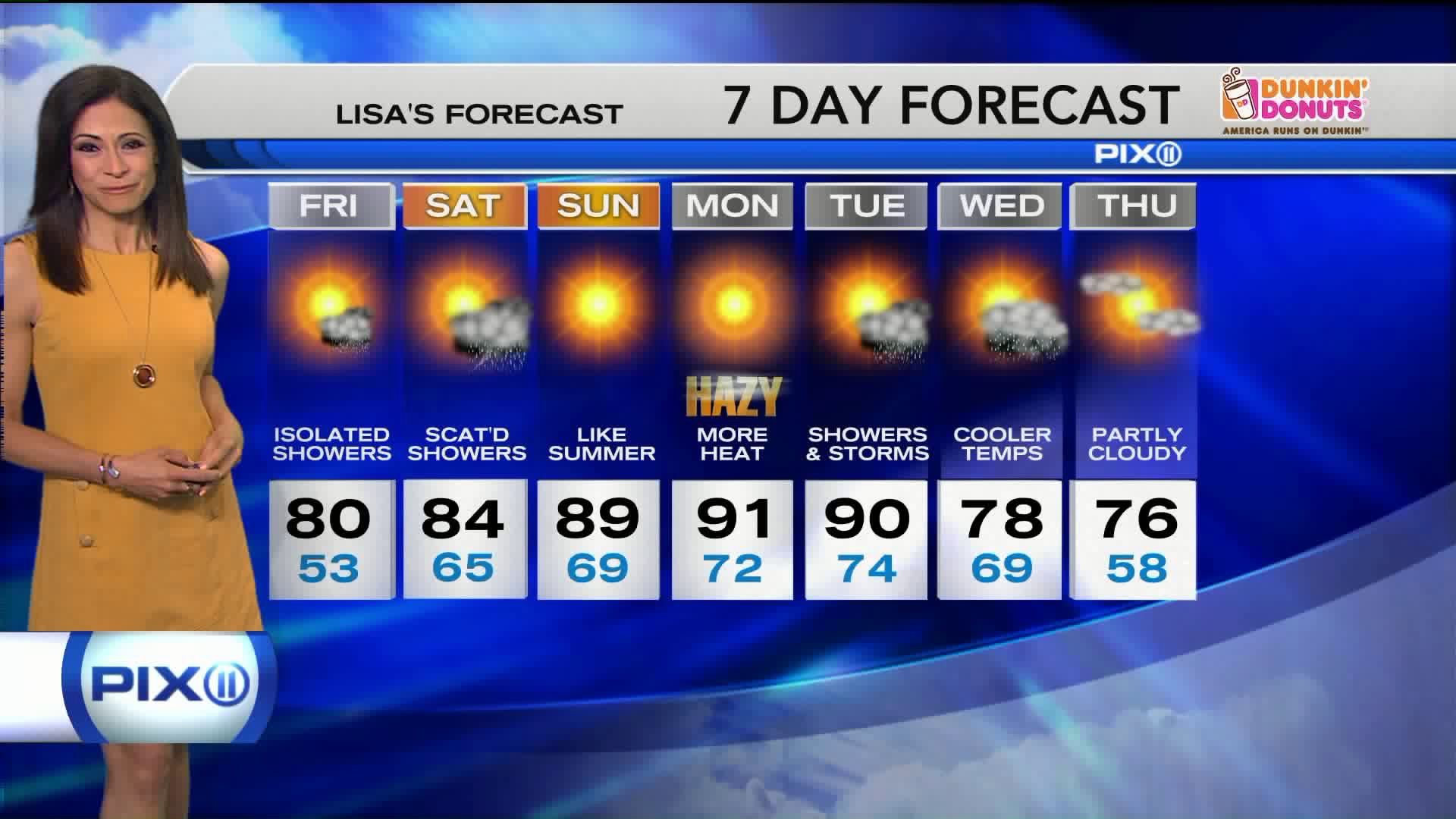 NEW YORK — As spring approaches its final full week, the tri-state is bracing for several days of summer-like temperatures that may include scattered showers and a possible heat wave.

Below-average temperatures that kicked off the week and briefly transitioned to comfortable, more typical spring weather Wednesday and Thursday, are heading toward another extreme.

High pressure moves into the region Friday, bringing a summer preview for the next several days.

Mostly sunny skies are expected Friday afternoon, with highs hovering around 80 in the city and upper 70s in the suburbs, and a chance of an isolated shower or thunderstorm looming.

Temperatures continue to ramp up Saturday, with a high of 84 in the city and mid 80s in the suburbs, as high pressure moves offshore into the Atlantic Ocean.

The threat of scattered showers and thunderstorms continues throughout the day as a weak front will pass over the area.

Sunday will be the start of the areas next potential heat wave — marked by three consecutive days of temperatures hitting 90 degrees or above.

A Bermuda High will continue to influence the weather for the region Sunday, when the high temperature will be 89 in the city and low 90s in the suburbs.

Monday will be sunny, warm and humid with high temperatures in the low 90s for much of the area, and Tuesday will start sunny, but be met with increasing clouds in the afternoon as a cold front will move toward the region from the west.

The high Tuesday will be 90 degrees in the city and low 90s in the suburbs.

Wednesday marks one week until the first official day of summer, and a return to spring-like temperatures as highs will nosedive back into the high 70s.

While the warm stretch is about 20 degrees above average for the area, highs are not expected to break records, which hover in the mid to high 90s for the week, according to the National Weather Service .

The area's last heat wave hit in late May, and was the first of the year, as well as first to happen in the month of May since 2001.