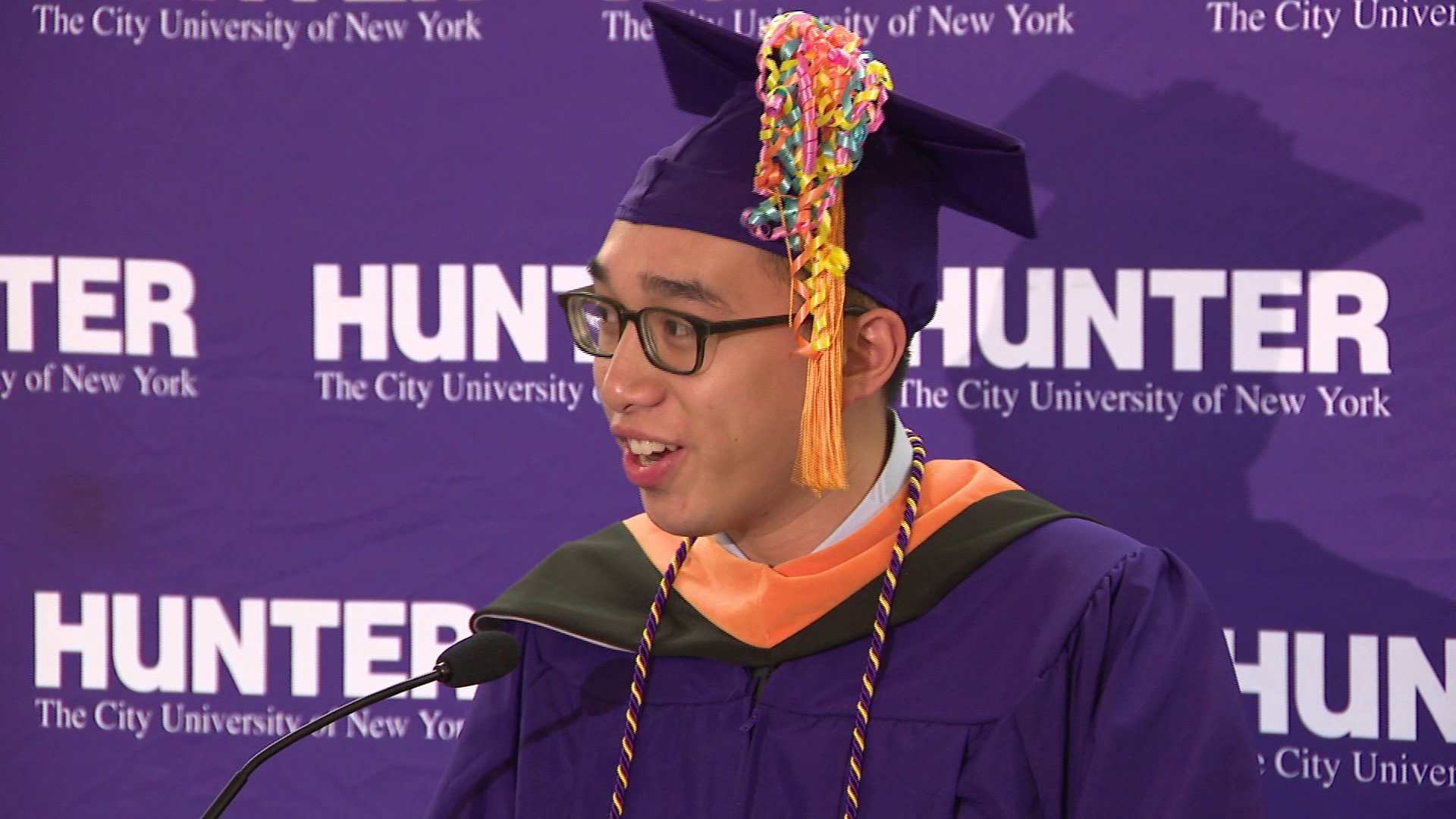 A week after viral video, seen by millions, showed a Hunter College student missing his graduation and celebrating on the E train, he was able to celebrate the real thing.

QUEENS – It was the E train graduation that went viral.

All dressed up with his cap and gown, the delay ultimately caused the nursing student to miss his own graduation.

Friends, family and complete strangers aboard that E-train just couldn’t let that happen and threw him an impromptu ceremony underground.

A week later, it was a much different scene.

After missing out with his peers, Hunter College threw Alcantara a private ceremony on Thursday — the first of its kind — to hand the Elmhurst native his diploma.

“Thanks for having me another graduation – its really fun,” chuckled a visibly delighted Alcantara in a room filled with friends, family and a gaggle of reporters.

After the @MTA held back Jerich Alcantara from attending his #HunterCollege graduation, the nursing student finally got his day. @PIX11News pic.twitter.com/4j3f8hjJkx

The 21-year-old said he was stunned when he first learned that video of him being honored in a makeshift graduation ceremony underground was making the rounds online and on TV.

“It was really surprising,” he said. “I was actually having a family dinner for graduation that night and when we saw the video [on the news] we all started screaming.”

To date, his subway graduation has clocked in three million views on Facebook.

With so much at stake for Thursday’s ceremony do-over., school officials didn’t take any chances.

“Not to leave anything to chance on public transportation,” Hunter College president Jennifer J. Raab told PIX11 News. “We sent a car to Jerich to get him to this graduation.”

And as far as holding any ill-will toward the MTA, Alcantara said he doesn’t.

“I know its such a big thing to deal with and honestly I understand they have problems but I just hope someone could fix it.”