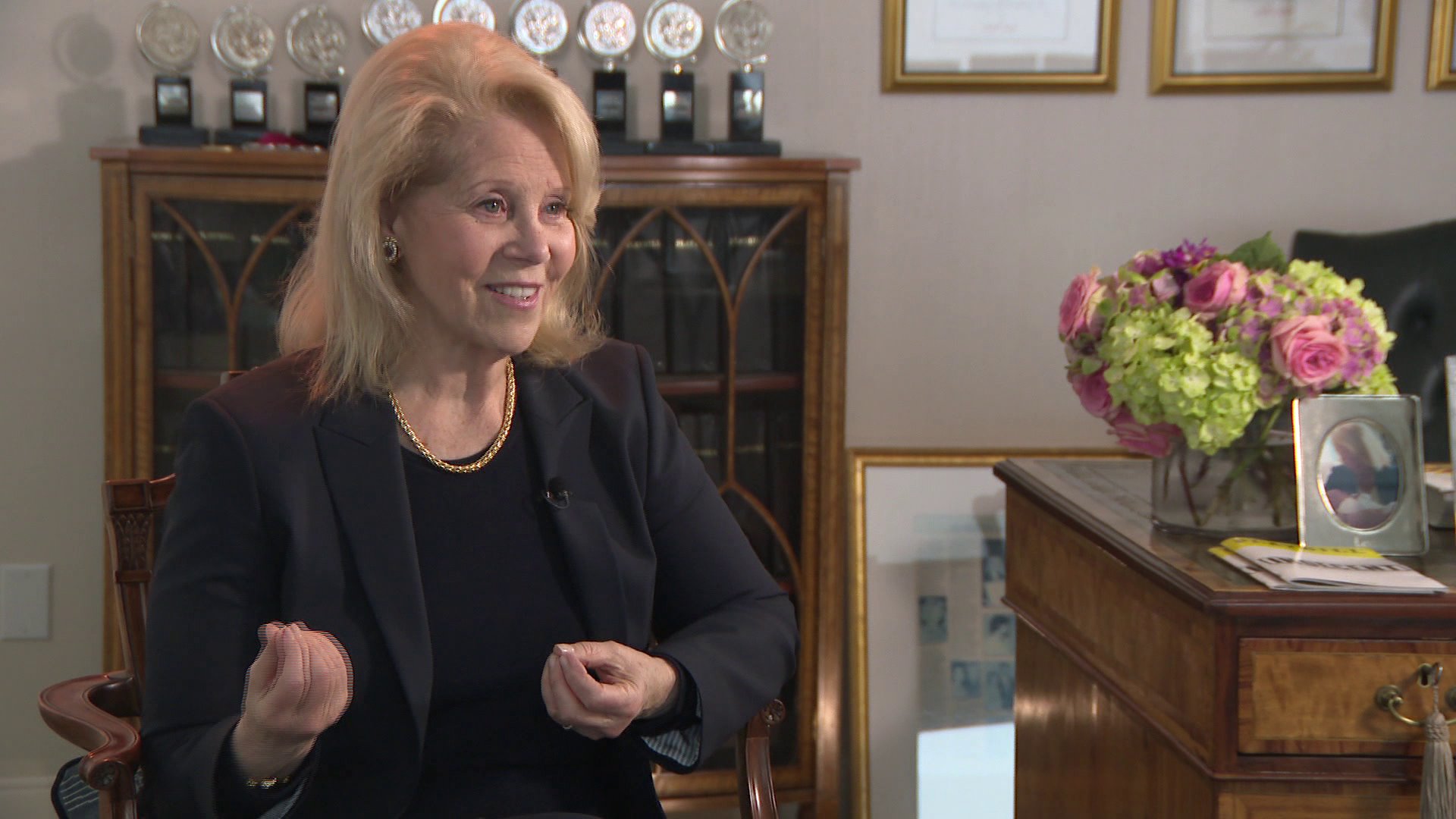 Tamsen Fadal sits down with the woman who has produced more than 100 on and off Broadway shows ahead of this year`s Tony Awards.

MIDTOWN, Manhattan- Daryl Roth’s passion is ever present the moment you step into her office. “It fills my heart," she smiled. For this 10-time Tony Award winning producer, each show is special, each person is memorable and each day a chance to make an impact. “I’m very interested in finding projects that really open people’s minds and hearts," she said. Perhaps the greatest example of this comes in the form of red thigh high boots. “I’m most proud of it because it was my idea," she said.

For Roth, Kinky Boots isn’t just special because of its success but because of its personal connection. “The father-son story I reference in Kinky Boots is my husband and my son,” she explained. “Jordan is in the theater world and he is a gay man, happily now a father, he just had a baby!" She takes pride in all of her productions as she pushes to provide a platform for people who may not feel they fit in. “I grew up in a town where I was the only Jewish person in my high school and I did feel like an outsider,” Roth remembered. "And in the beginning of my career people just thought oh my god here’s this dilettante, what is she doing and I kept saying ok, say what you need to see, but I just kept at it.”

Roth’s love affair with the stage started as a child, but her career didn’t launch until her 40s. Since then, she’s produced more than 100 on-and-off broadway shows, seven of which won Pulitzer Prizes. She also has her own theater, the Daryl Roth Theatre in Union Square. “I like to tell other women in particular, that it’s never too late to do something you really might feel like you’d have a chance at being good at," she said. "You know give it a try!"

While she’s never been more confident in her abilities, there are days where her spirit wavers. “The sad part of my career in theater is having to let people down," Roth said. "I feel when a show closes you’ve let people down and that’s a terrible feeling and so I’ve had to work with that." But there’s nothing that cheers her up more than her friends, pets and family, which she has on full display in frames throughout her office. “I just enjoy being able to look from my desk and see everyone," she smiled. "When it surrounds me I feel comforted."

And as Roth prepares for yet another Tony Awards this weekend, her show Indecent is up for best play, she hopes what she produces on stage encourages people off stage. “There are ways you can make a difference in the world," she said. "Take a piece of what you just heard and what you just felt and take it outside of the theater with you, keep it in your heart and do something.”