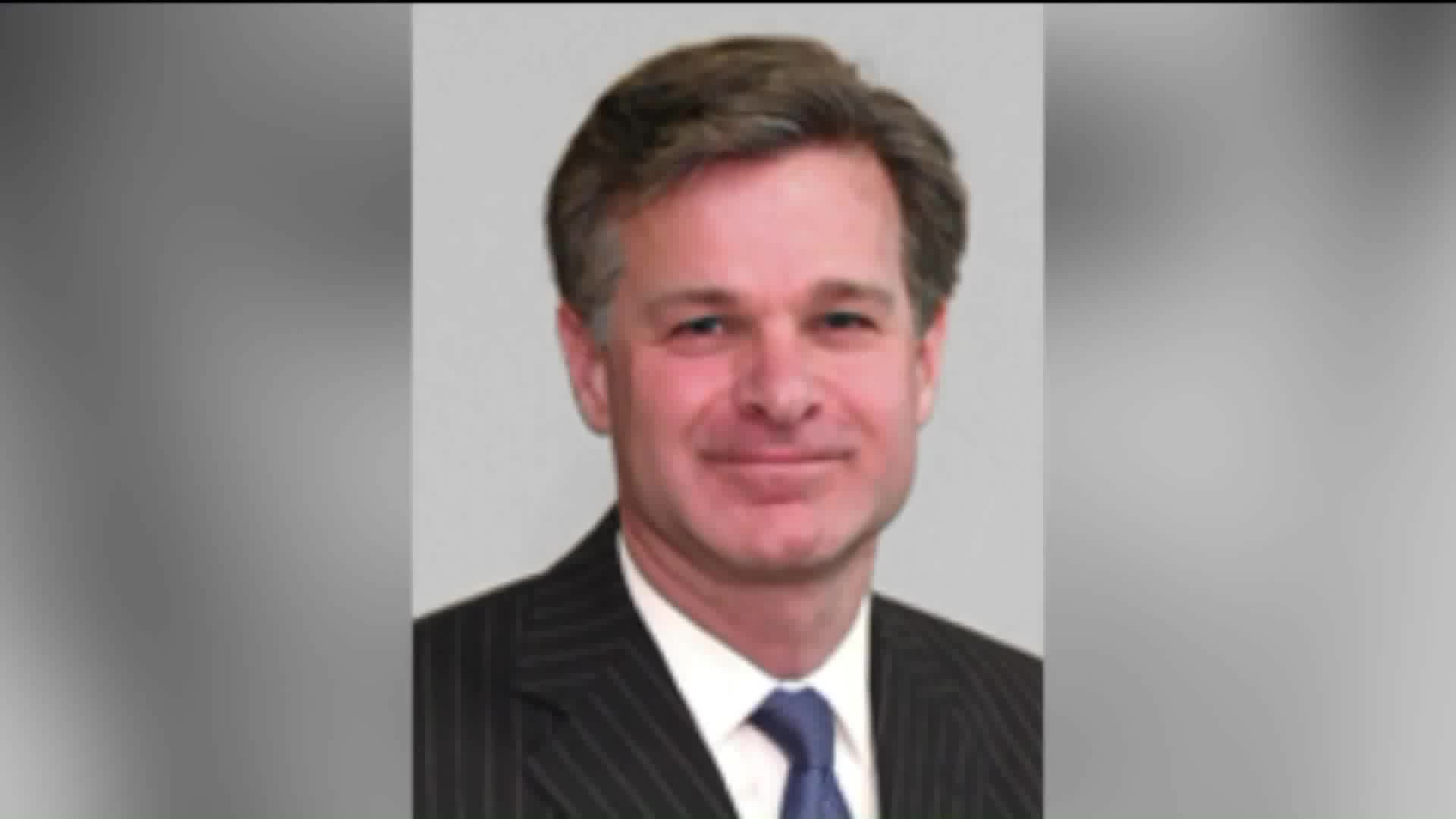 Christopher Wray hasn't spent much time in the news until now. Until Wednesday morning, his name couldn't really be brought up without mentioning a far more familiar name — that of New Jersey Governor Chris Christie.  Wray worked as Christie's lawyer in the Bridgegate scandal.

"When I was at the absolute lowest point of my professional life, [Wray is] who I called," Christie said. "I don't think you can get a better recommendation than that."

Christie was referring, of course, to Bridgegate, the series of lane closures to the George Washington Bridge four years ago that was carried out by Christie campaign staff and supporters as political retaliation against the mayor of Fort Lee, where the bridge is located.

The intentional closures ultimately led to the criminal convictions of two close Christie aides, Bill Baroni and Bridget Kelly, but not to any conclusion of wrongdoing by Christie, thanks in no small part to the work of his personal lawyer in the case, Christopher Wray.

Christie described Wray as "a person who has as great amount of integrity as anyone I've ever worked with."

The Governor would not say how much influence he had on President Trump's selection of Wray. Several people with ties to Christie have been brought onto team Trump, according to Fairleigh Dickinson University political science Professor Dan Cassino. Trump's political director, Bill Stepien, had been Christie's campaign director during Bridgegate. Another senior aide, Matt Mowers, now holds an executive level position in the state department.

"It turns out that Chris Christie is operating as this alternate way to bring people in" Dr. Cassino said.

But no matter how much influence Christie may or may not have, the president is center stage in this process, especially as Wray's abruptly dismissed predecessor James Comey prepares to testify before Congress on Thursday.  Comey is set to testify about the interaction between him and the president over the Russia inquiry.

"The timing of this is a little strange," said Cassino. "It cannot be a coincidence that this is announced on the same day that the former FBI director James Comey is going to be getting all the headlines."

Cassino said that because there are no apparent objections to Wray's appointment, he's likely to win approval by the U.S. Senate and begin serving this summer.