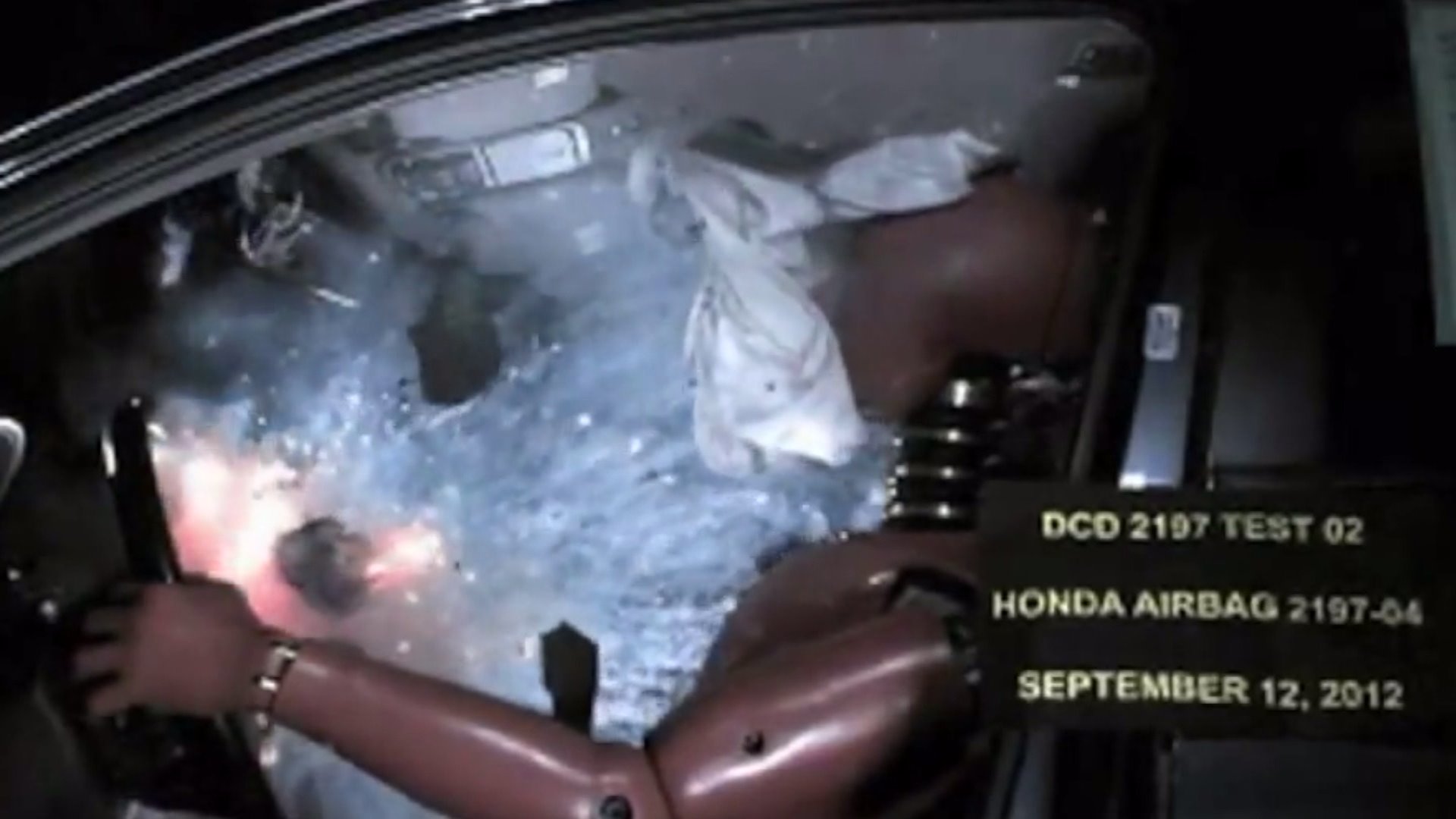 Customs and Border Patrol officials have seized counterfeit air bags that have been proven to explode and catch fire.

JFK AIRPORT—Fender benders, jackknifed tractor trailers, crashes and hit and runs. They're just some of everyday dangers of driving a car in New York City.

But what if there’s a hidden danger inside your car?

Customs and Border Patrol officials have seized counterfeit air bags that have been proven to explode and catch fire.

"For us it’s a huge concern because of the possibility and the risk of the people traveling in car. They’re not aware that it’s a fake, it doesn’t operate the way it’s supposed to and when you really need it in an accident it fails on them," said Brenda Smith, executive assistant commissioner for CBP.

The airbags are among the 32,000 shipments containing counterfeit items seized by CBP last year.

Rossini said buyers need to be mindful of where the money they’re spending on fake goods is going.

"They're funding terrorist organizations," he said.

Counterfeiting has resulted in the loss of 750,000 jobs and continues to cost the country $200 billion dollars annually, according to CBP​ data.