It’s a G Thing: ‘100 Suits’ nonprofit gives new suit and fresh start to men getting out of prison 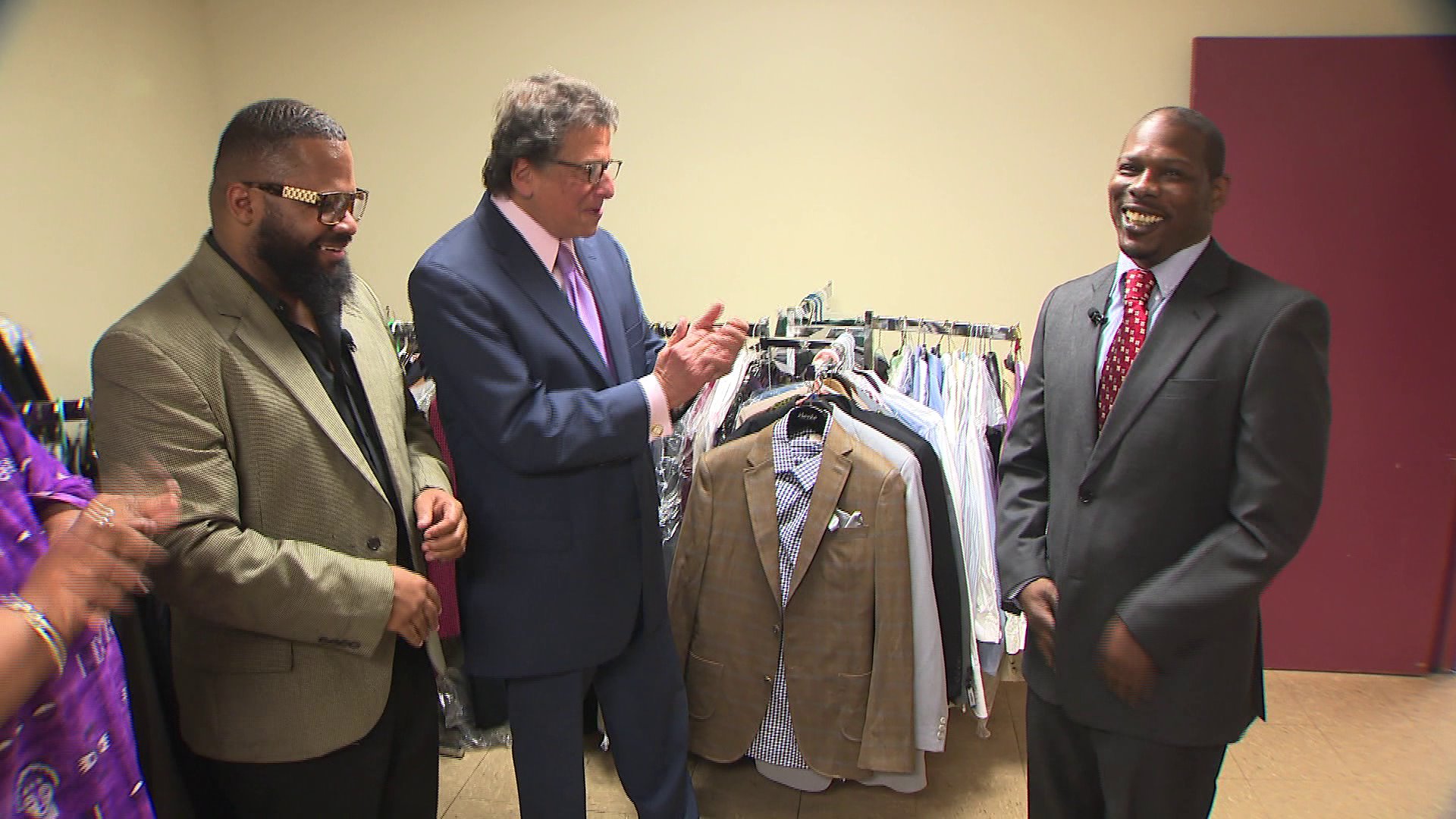 Mr. G meets Kevin Livingston, the founder of the organization, to share how he hopes to help young black men and women a second chance.

JAMAICA, Queens- “I don’t care what you did in the past, your eyes are in front of you for a reason." Moving forward is the only option for Kevin Livingston and the message he promotes through his nonprofit, 100 Suits for 100 Men, which he started while working at a bank.

“I put a box in the lobby of the bank and asked people to donate suits," he said. "So it would be a jacket here and a shirt there." His goal is to help underprivileged black men getting out of prison gain confidence and get jobs. One of those men is Roy Jackson. “When you put on a suit you feel good, even if you don’t have any money in your pocket," Jackson said.

He was recently released from Rikers Island after an eight-month sentence. While away, he lost everything. “You have no programs to go to, you have no help so Kev he gives us hope," he said. Since 2011, Kevin has helped more than 4,000 people. He offers a free suit, a custom haircut, a Metrocard, one-on-one mentoring, resume help, and more. “I want them to be the best person they can because then that’s gonna reciprocate to somebody right behind them, that’s how we get this trickle down effect," he explained.

He makes sure to follow-up on every single person. “One of my biggest saviors for the company is I follow them on social media," Livingston said. "So if I see any kind of beef or any kind of reckless behavior, I’m on their inbox right away." He has multiple locations, including one at parole so he can connect immediately. Kevin also recently launched 100 Suits Academy which provides lessons in financial literacy, police-community relations and the effects of gun violence. “I know for a fact that men have to walk on their own and i just want to be a support system for men and I don’t see much of it out here," he said.

It hasn’t been easy though as he relies solely on donations and volunteers. Even when he could barely support himself, he still kept giving. “I had to sleep in my own truck running this company," he remembered. “[But] I believed in myself and I believed in the mission." Recently his organization was noticed by NFL player Colin Kaepernick and the wife of the late Brooklyn District Attorney, Kenneth Thompson. “Kenneth donated a lot," he said. "We partnered with the Metropolitan Black Bar Association who donated well over 700 pieces to my organization.”

Kevin also recently launched 100 Suits for 100 Women as he works to expand his reach in the community.