4:44 appears in Times Square and subway; is it a message from Jay Z? 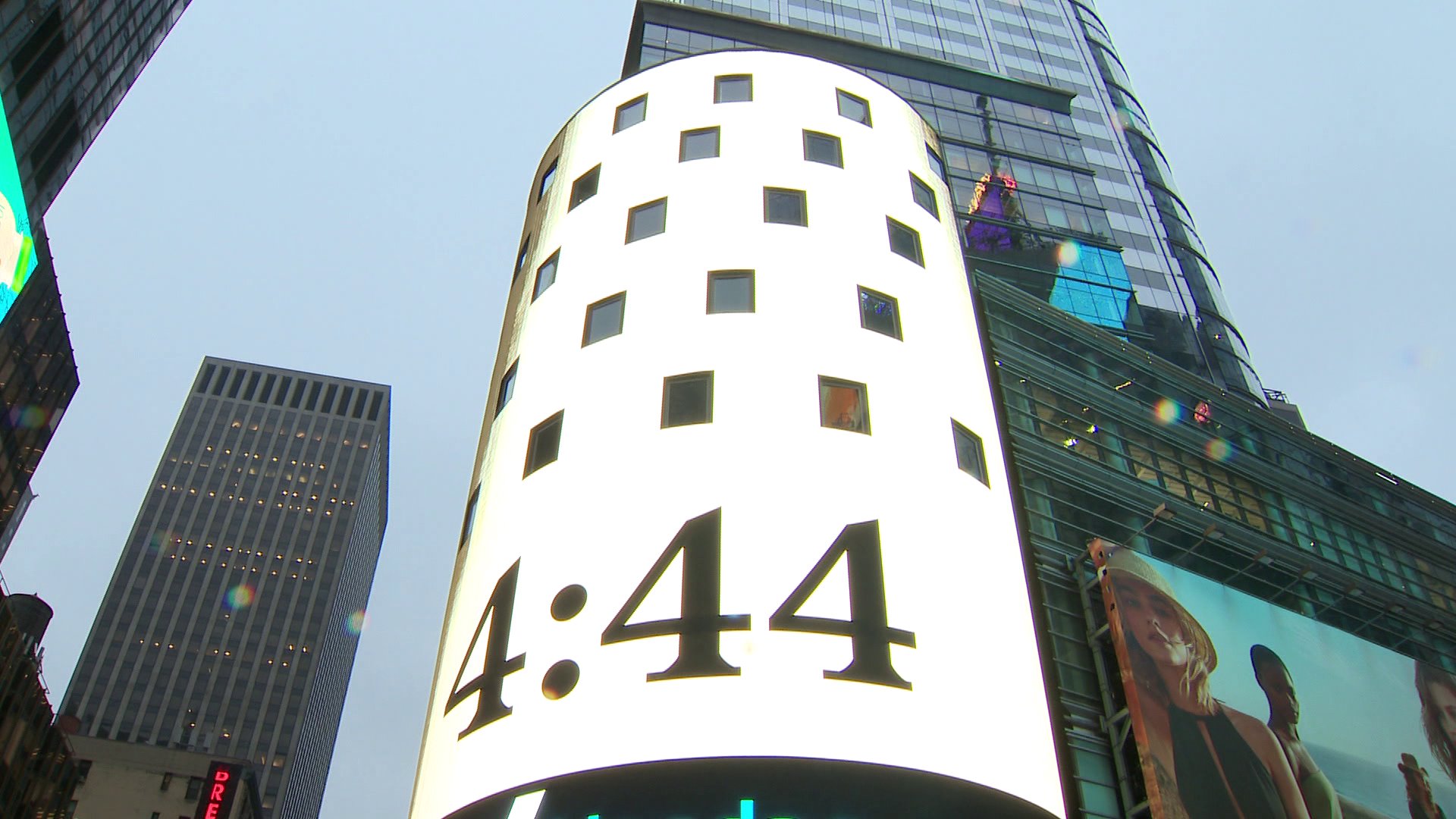 The numbers appeared on the screen with a beige background. They flashed for about 30 seconds in between other messages on the big screens in Times Square.

The mysterious advertising also appeared in some subway stations, including at Jay Street in Brooklyn.

Celebrity and music insiders have suggested it's a hint from Jay Z about his next album. The number four has had significance to his family in the past.

There was no official comment from the artist or his wife, Beyonce. They have been anticipating the birth of twins, as well.

Others have speculated it's a message of divine inspiration or some other obscure reference. Although, the cost of the advertising would be substantial.