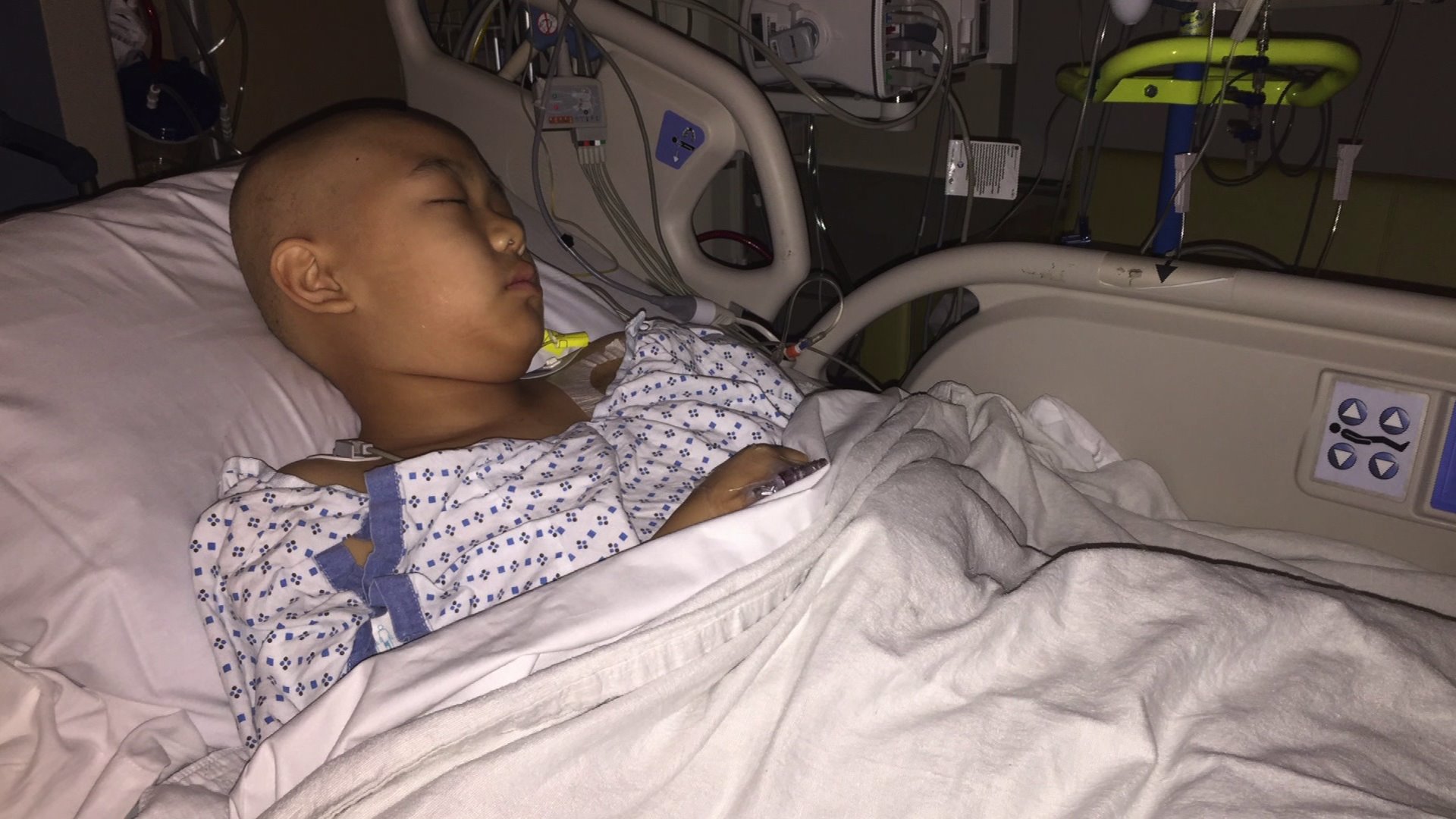 He is in remissionafter a year-long cancer battle that kept him away fromthe classroom.

CLARK, N.J. — A 6th grader at Carl H. Kumpf Middle School was greeted with a standing ovation when it was announced that he was in remission after a year-long cancer battle that kept him away from the classroom.

Doctors had to operate on Connor's knee and replace his femur bone to remove a tumor. His family discovered the lump last year when Connor fell while playing outside. It happened on Mother's Day.

"First, I thought it was just a bump, bruise," said Lisa Chin, Connor's mother. "But he just kept complaining."

Their family doctor suggested that they visit an oncologist. Connor was diagnosed with osteosarcoma, a bone cancer.

"We were very shocked," Chin said.

What followed was a year-long effort by Connor's teachers to keep him included with what was going on in the classroom. Connor was studying for class while he received treatment in a hospital room at Memorial Sloan Kettering. After the surgery, Connor had to learn to walk again.

"My teachers would come to my house," said Connor. "Sometimes, if I was at the hospital, they would Facetime me."

Thanks to the collaborative effort, Connor completed his studies remotely and will continue to the 7th grade.

"We are overjoyed to have him here," said Connor's 6th grade teacher, Victoria Sasso. "He's been in our hearts and minds all year."