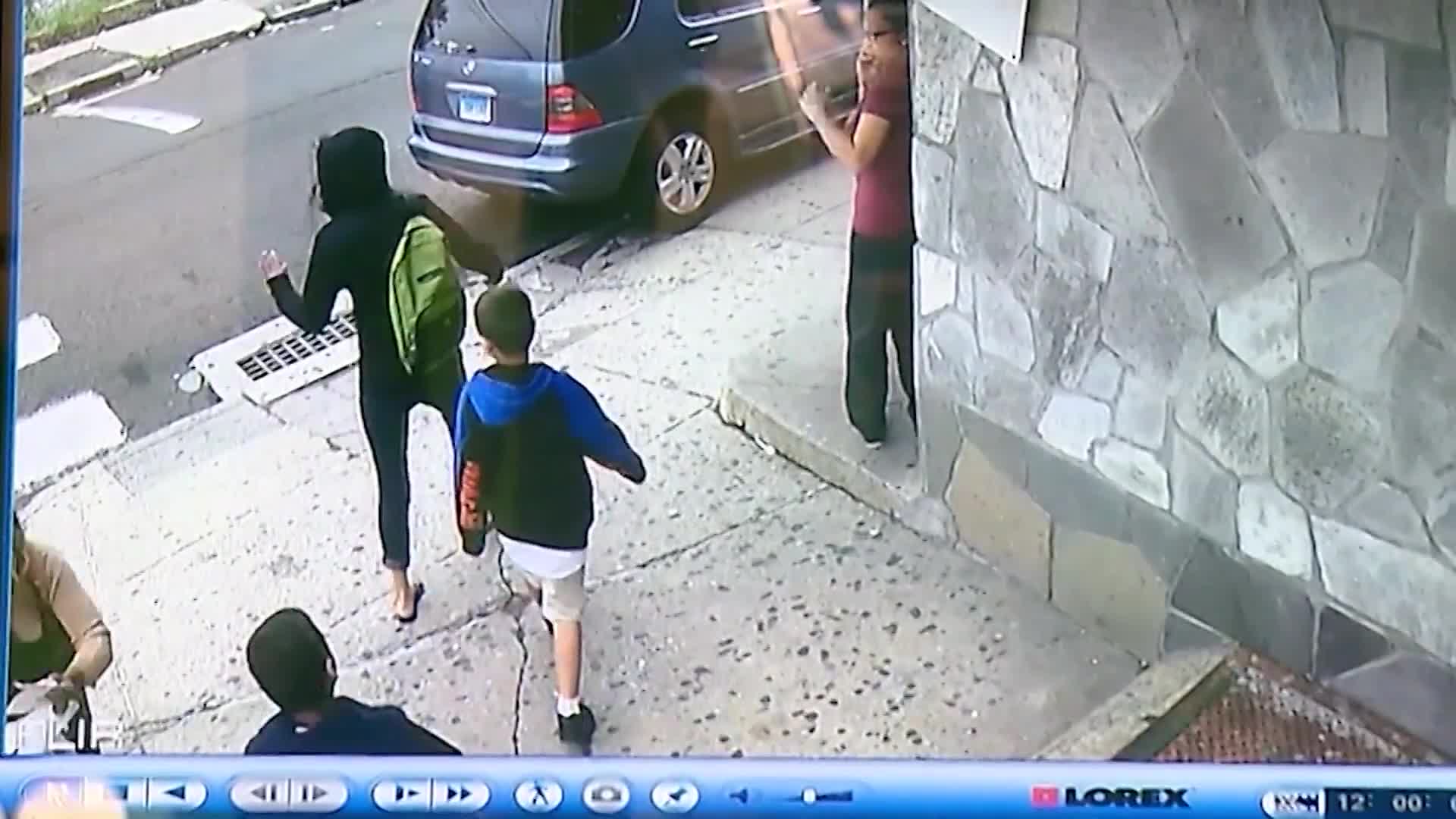 WARNING: Crash footage may be disturbing to some viewers.

HARTFORD, Conn. — It's hard to believe from the surveillance video that nobody was killed when a speeding car crashed into pedestrians and slammed them into a building in Bridgeport, Conn.

Police are now singling out the heroic actions of Shanta Jordan, the woman seen jumping in front of the vehicle in an effort to push a little boy out of the car's path .

They said her body absorbed much of the impact, thereby saving the child's life, though he was seriously injured.

"If she did not step in, the child would be in direct contact with the motor vehicle against the wall and most likely, he would have perished, he would have died," Bridgeport Police Chief A.J. Perez said.

Police said state and local leaders will pay special tribute to Jordan in a ceremony at City Hall next week.

"She is a heroine, that's what she is," Perez said. "She is a great person and she is an asset to this community."

A friend and neighbor of Jordan's said she is still recovering in the hospital.

Police said doctors initially thought they would have to amputate both of the boy's legs but surgeons spent hours operating and spared him that fate.

They said, if it was not for the amazing bravery of Jordan, this little boy's family would be grieving his loss.

"I truly believe that it would've been a fatality," Perez said.

Police said the driver also went to the hospital and will face reckless driving charges.