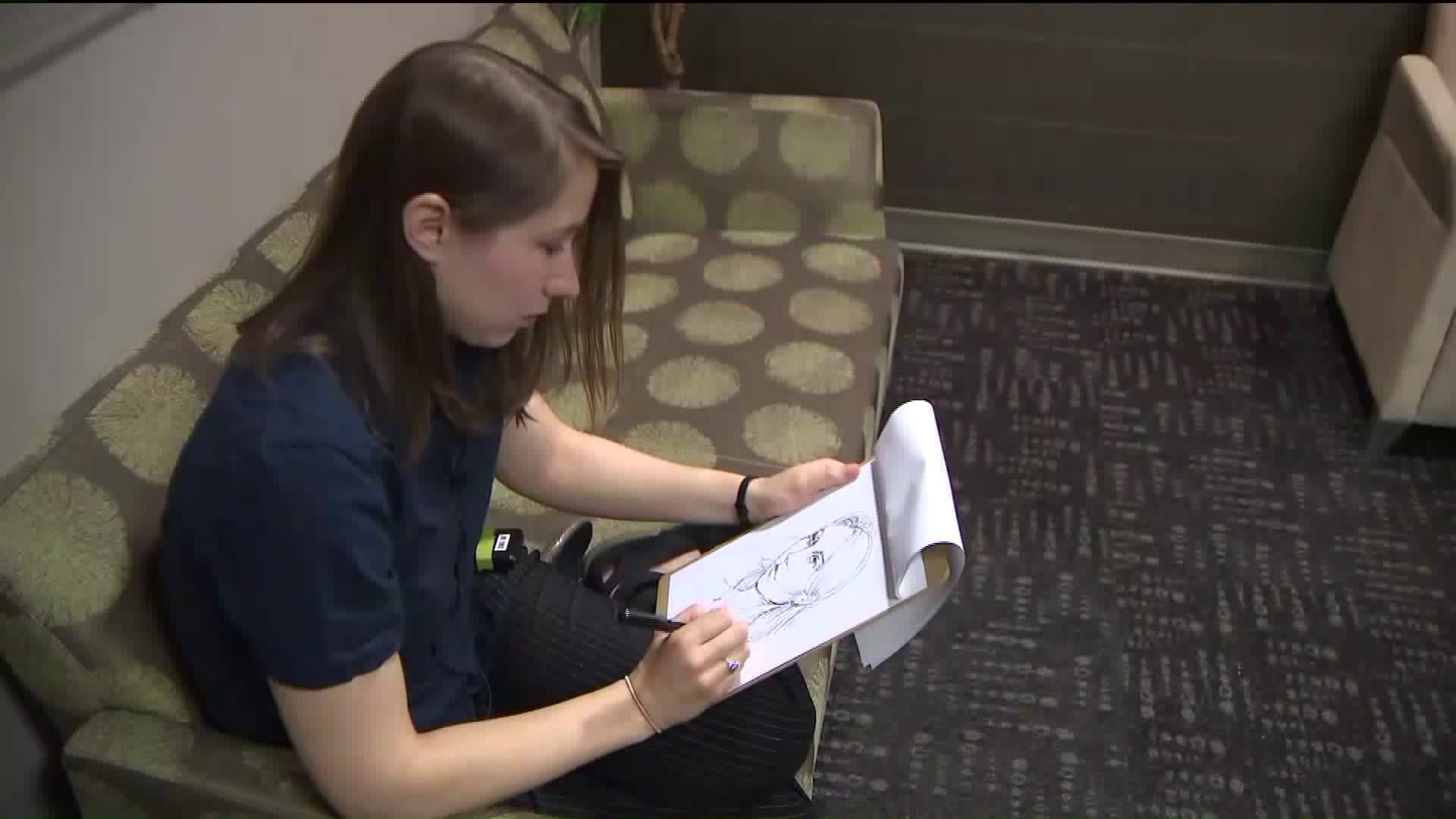 After she was mugged at gunpoint, cshe alled police and then did the only thing she could think of: she started to sketch the gunman`s face.

NEW YORK — New to New York City back in 2012, Laura Murray did what many struggling artists do to make ends meet.  She sketched portraits in Central Park to help cover rent and other expenses.

She never imagined that experience would bring her to one day sketch a drawing of the man who mugged her and held her up at gunpoint, even eventually leading to his arrest.

“This was my self-defense.  This was my way of not being a victim,” explained Murray.

She said she will never forget that November day when, in the middle of the afternoon, just as she entered her Harlem apartment building, she was ambushed and dragged toward the end of a dark hallway by two men.

“The taller of the two pulled out a gun and pointed it at my chest and my stomach area and said ‘don't scream or i'll shoot you,’” recalled Muray.

Murray didn’t scream but during an ordeal that lasted only a few minutes, she said she stared at her attacker’s eyes.

“While I was looking at him, without realizing it, I was paying close attention to the features of his face and just taking his whole expression in.  Taking his height in,” said Murray.

The muggers took the two dollars Murray had in her wallet, her earrings and an mp3 player before taking off.

When she was finally safe, Murray broke down, called police and then did the only thing she could think of: she started to sketch the gunman’s face.

The investigating officers used Murray’s drawing and within 24 hours, her impressively detailed sketch managed to help police.  A detective called and said they caught two men mugging another young woman in the area and one of the culprits looked just like Murray’s sketch.

Robert Yarbrough and his nephew were arrested by police.  Yarbrough had prior convictions on rape, drugs and weapons charges.

Murray testified in the case against him in 2014, where he was sentenced to 44 years to life.

Murray says she would love to be an NYPD sketch artist full time.  The NYPD tells PIX11 they employee three sketch artists,  all uniformed members of the service.  If someone would like to work with the NYPD, they would first have to apply with the NYPD as a police officer.