Brooklyn barber, who has been compared to Sweeney Todd, doesn’t let Tourette’s get in his way 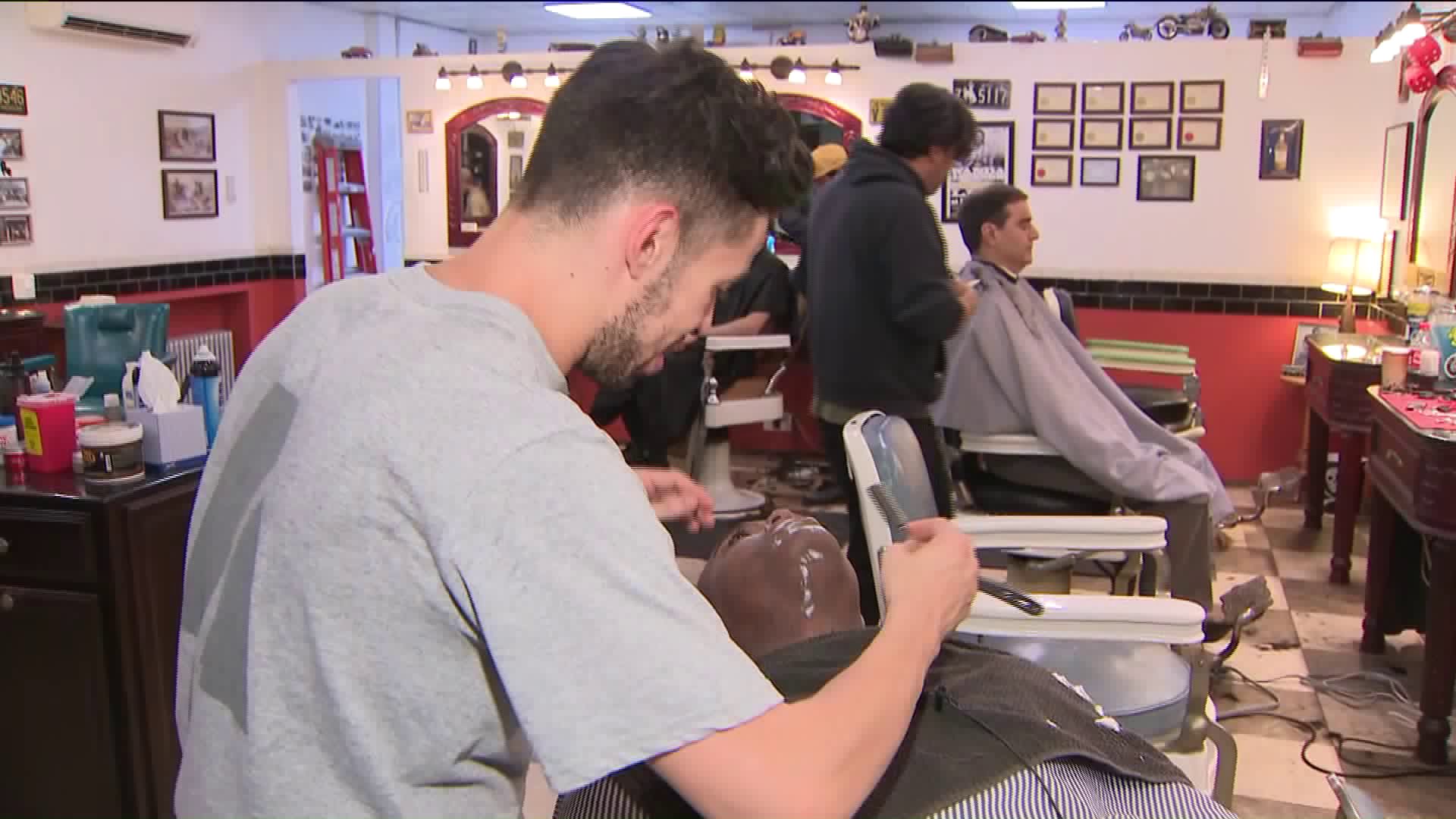 Even when full body twitches momentarily interrupt shaves with, yes, a straight razor.

BROOKLYN — At 28 years old, David Arce has already been cutting hair for half of his life.

It was five years ago that the Brooklyn barber was officially diagnosed with Tourette syndrome, a type of neurological tic disorder.

However, that did not stop Arce from pursuing his passion.

“I kind of feel it coming on," Arce said. "I know when to back off, and when to approach back to the person."

He knows -- even when full-body twitches momentarily interrupt shaves with a straight razor.

“It’s pretty cool, pretty cool that i could operate with sharp objects. Know what i’m saying? That’s like my superhero ability,” Arce said.

To a perfect stranger, Tourette syndrome, a throat and a straight razor might not seem like a good combination.

Arce said he is well of aware that he has been compared to another, less noble barber: the murderous, fictional character Sweeney Todd.

But back in the real world, Arce's clients are fiercely loyal.

“It does get that initial shock, and then you just get past it, and then he’s a great barber, so you get over it,” client Robert Canobbia said.

PIX11's Jay Dow certainly did, as Arce gave him a shave.

And Dow was another satisfied customer, an example of Arce proving once again that his condition takes a backseat to his abilities behind the barber chair.