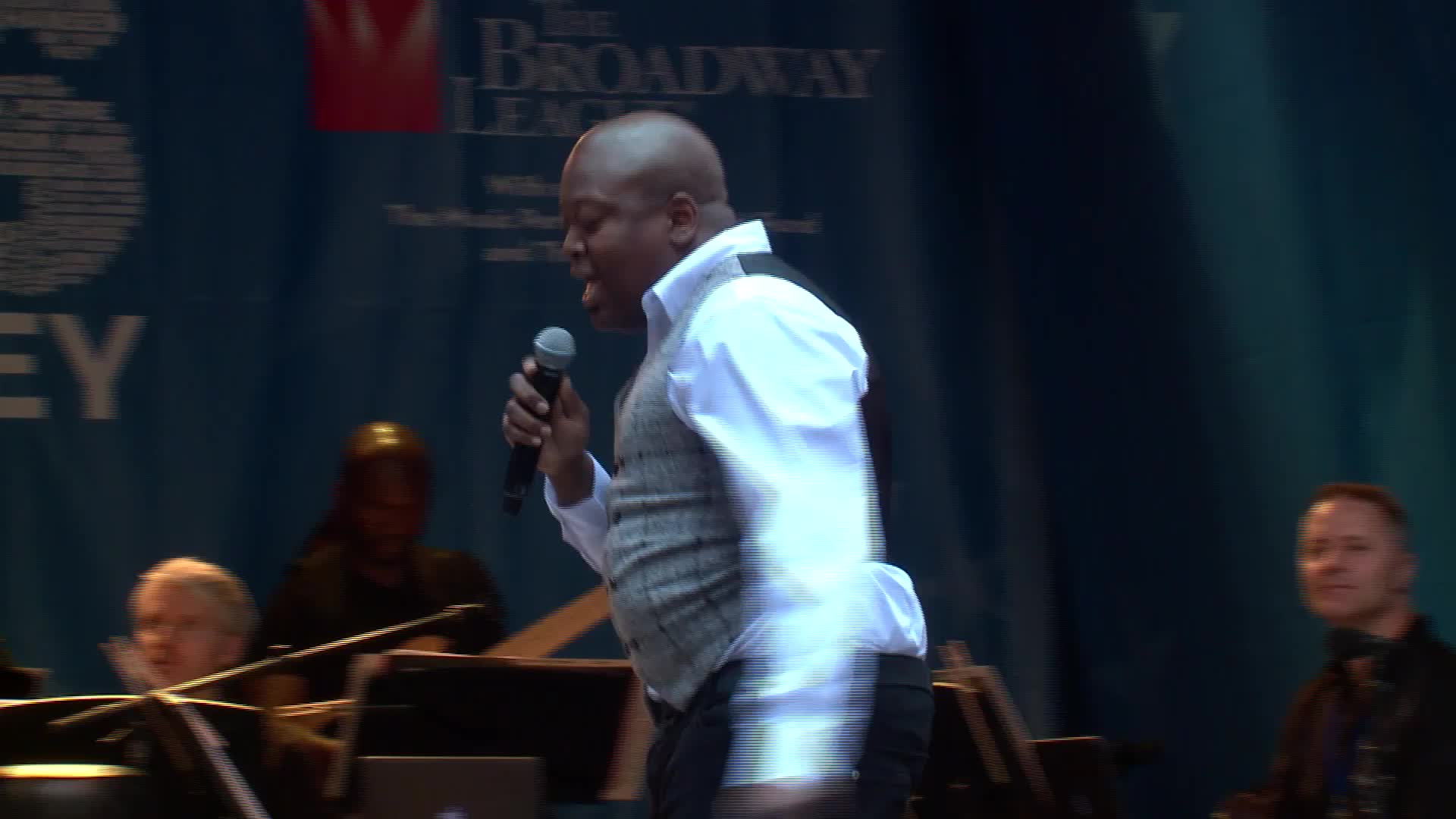 MIDTOWN, Manhattan- New Yorkers were treated to a free outdoor concert today in the heart of Times Square. Stars from more than 25 Broadway shows made appearances or performed as part of the annual Stars in the Alley event. 'Unbreakable Kimmy Schmidt' star, Titus Burgess, hosted the event while Tony Award Nominee, Brandon Uranowitz, kept everyone connected on social media.

The event is produced by The Broadway League. United Airlines is the title sponsor of Stars in the Alley® and is the official airline of The Broadway League and the Tony Awards. Live music sponsored by The Recording Industry’s Music Performance Trust Fund and Film Funds. The official hospitality partner is Junior’s Restaurant. The official media partner is The New York Times. Additional support is provided by The Shubert Organization and SL Green Realty Corporation.