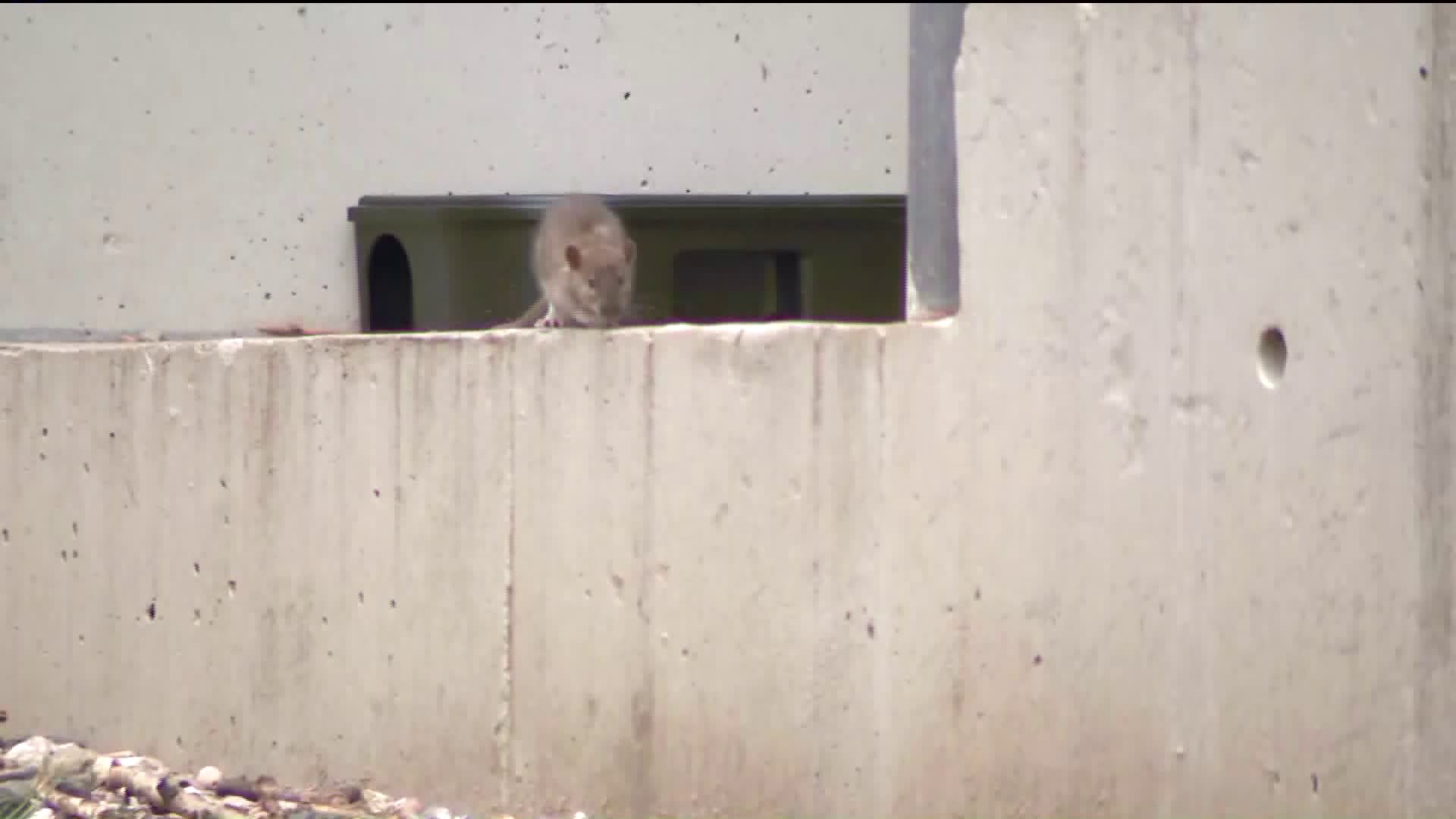 A horde of rats has been running through a school on Roosevelt Island.

ROOSEVELT ISLAND – A public school on Roosevelt Island is being overrun by rats.

Area residents and parents with children who attend P.S./I.S. 217 say the problem, which started in April, after a tree was removed,  is out of control. The rodents are running rampant on school grounds in an area right outside the school cafeteria. Several rat colonies now inhabit the yard and the school leaving garbage bags in the very spot is making a bad situation worse.

“My 7-year-old has seen the rats repeatedly, at one point she counted 23 rats within a matter of five minutes, right by the school wall, by her cafeteria,” said Erka Kosta.

Kosta is so grossed out she is keeping her daughter home and out of school until the rats are taken care of.

“There's an unacceptable number of rats crawling up and down the school grounds at any time during the or evening," Kosta said. "I am concerned about infections. I am concerned about the fact that the place where you see the rats is right outside the school cafeteria. It’s very easy for all kinds of germs and diseases to travel and also for the kids food to be contaminated or for the facility where eating lunches to be contaminated and I think it’s something that should be taken seriously."

Neighbors say the rats are now seeking refuge in the buildings on either side of the school.

Alex Fallone says she can’t take her dogs for a walk without seeing the rodents.

“When our dogs come, they all run away and you can see them scatter,” said Fallone. "They just run all over the garbage bags back there that the public school leaves out. It's really disgusting because it's right outside the cafeteria where the students eat, which is the most disturbing part. They definitely scatter all down by the river. A lot of people are walking their dogs and playing with their kids, it's really disgusting."

“I’ve seen for myself about 35 rats at a time,” said community leader Frank Farance.

Farance has lived on Roosevelt Island for 37 years. He says he's never seen this type of rat infestation. He's says there's at least one rat colony.

“There's a cafeteria door and outside the cafeteria door, they throw raw food garbage right there on top of the colony,” said Farance. "The colony has about 250 rats according to the Department of Health estimates and they grow on the double every month. Right now just to kill them, we have to be killing on the order of 60 rats a week just to keep up with the pace of their growth."

The school dumps a huge humber of bags outside and the rats get in within an hour or two, Farance said. The rats are aggressive and not afraid of humans anymore.

The Department of Education says they are aware of the issue in the surrounding area. They "are providing the school with extensive rat abatement support, including new gravel and mesh around the school, rat-resistant trash cans and a new recycling sorting station.”

There was a DOE worker on school grounds Monday, but residents say they need to work quicker.

“I informed them I’m keeping my child away from school because of the number of rats on the school grounds. I am willing to do that for as long as it takes. I don’t think I should be subjected to worrying all day long about rats in immediate proximity to my 7-year-old,” said Kosta.

The Roosevelt Island Operating Corporation has offered to pay for the extermination. Council Member Ben Kallos, who represents Roosevelt Island, tells PIX11 he's putting pressure on City Hall and the DOE to allow RIOC to start the process.

The Department of Health and Mental Hygiene (DOHMH) will be offering a Rodent Academy for Roosevelt Island residents on June 29th.

The Rodent  Academy is a free service offered by the DOHMH, aimed at educating property managers, homeowners, tenants and the local business community, on how best to manage and curtail the rodent population.