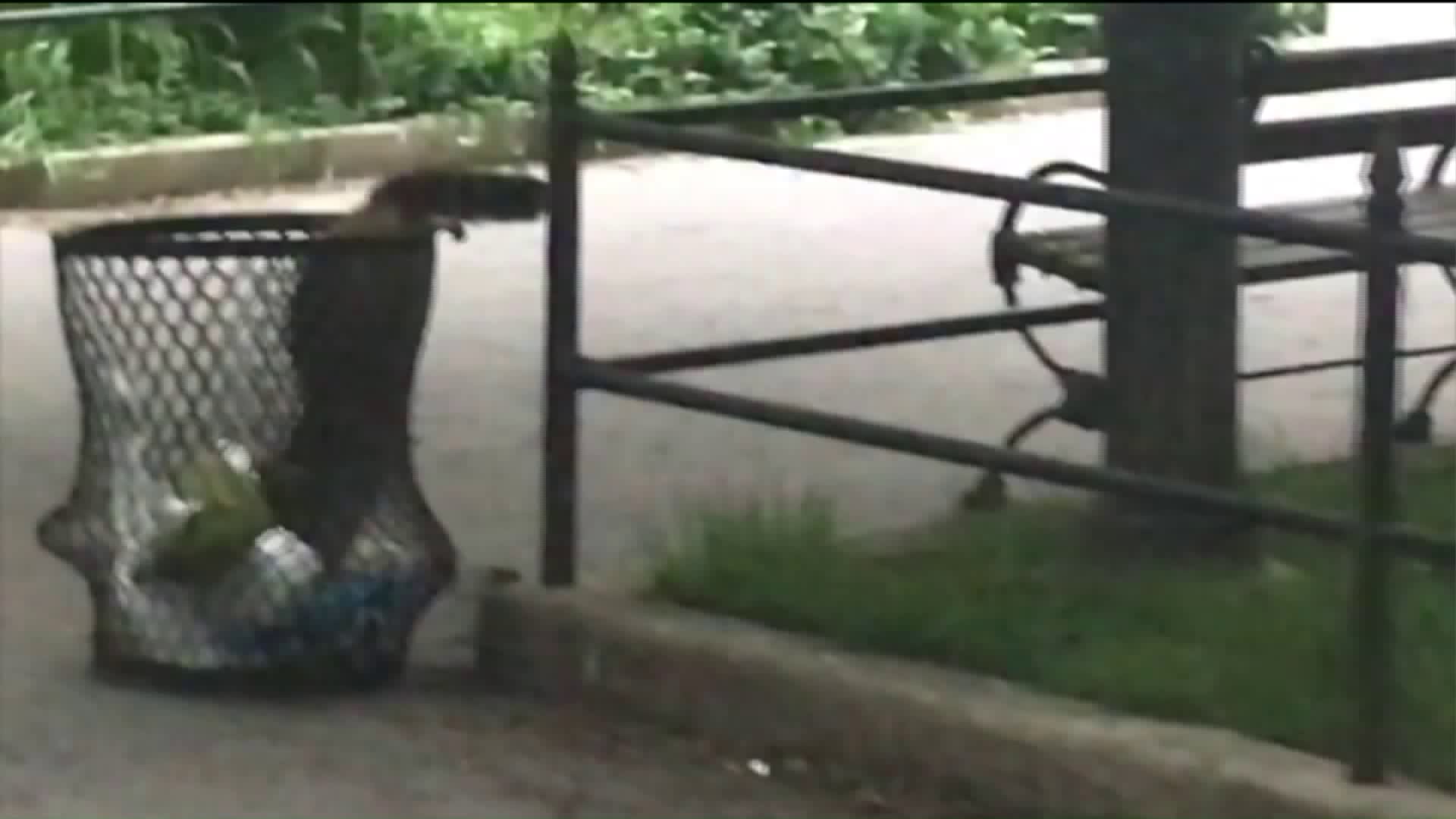 He grabbed a lolliop from the trash at Riverside Park.

The raccoon was spotted at Riverside Park rummaging through a trash bin. The wild kingdom lives on the streets of New York. It wasn't until the animal ran up a tree that the chosen treat became obvious. It was a lollipop.

Pizza may be enjoyed by rats, but this raccoon has sweeter tastes.

Pizza rat, the rat that was filmed dragging a slice of pizza down New York City subway stairs, was the most talked about rat on the internet in the fall of 2015. The rat even had its own Twitter handle.

Comedian Matt Little captured pizza rat in all its rodent glory at the First Avenue subway station. In just three hours, #pizzarat was a trending topic on Facebook and Twitter