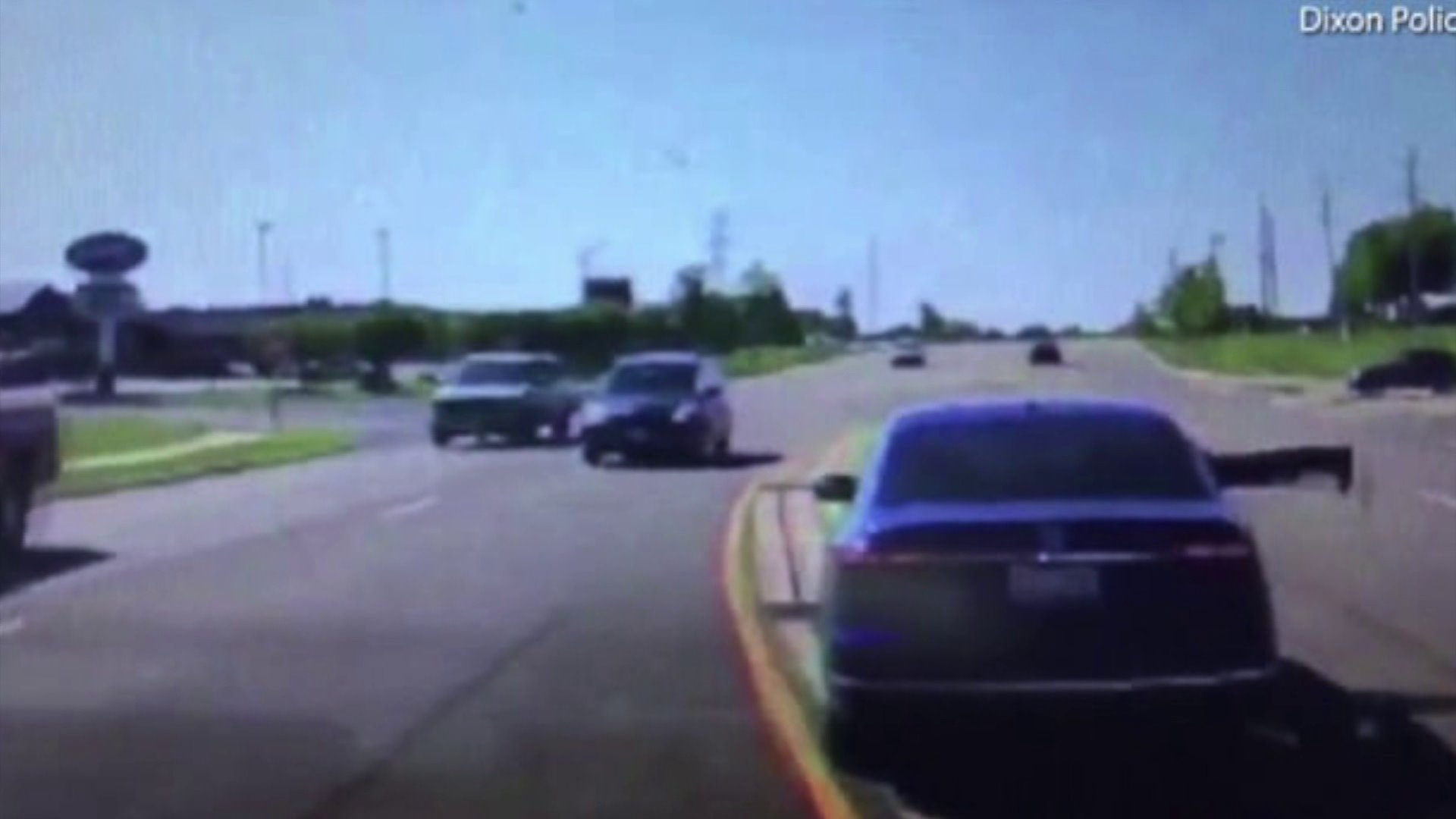 Amazing dashcam footage shows a slow-movingcar running a red light and headingfor trouble when another driver,Randy Tompkins, literallyjumped into action.

DIXON, Il — A brave man jumped through the window of a moving car in Illinois to save a sick driver heading straight for oncoming traffic.

Tompkins believed the man was suffering seizures behind the wheel, and made a spur-of-the-moment decision to pull over his pickup truck.

He then got as close as he could to the moving car and was able to get in through an open window on the passenger’s side. He was able to place the car in park safely.  Police were also following the car, but they didn’t realize the driver was incapacitated.

Police say Tompkins risked his own safety "without hesitation." The driver was treated at a hospital.

Dixon Police thanked Tompkins for his heroism on Twitter, praising him for helping a complete stranger in their time of need.