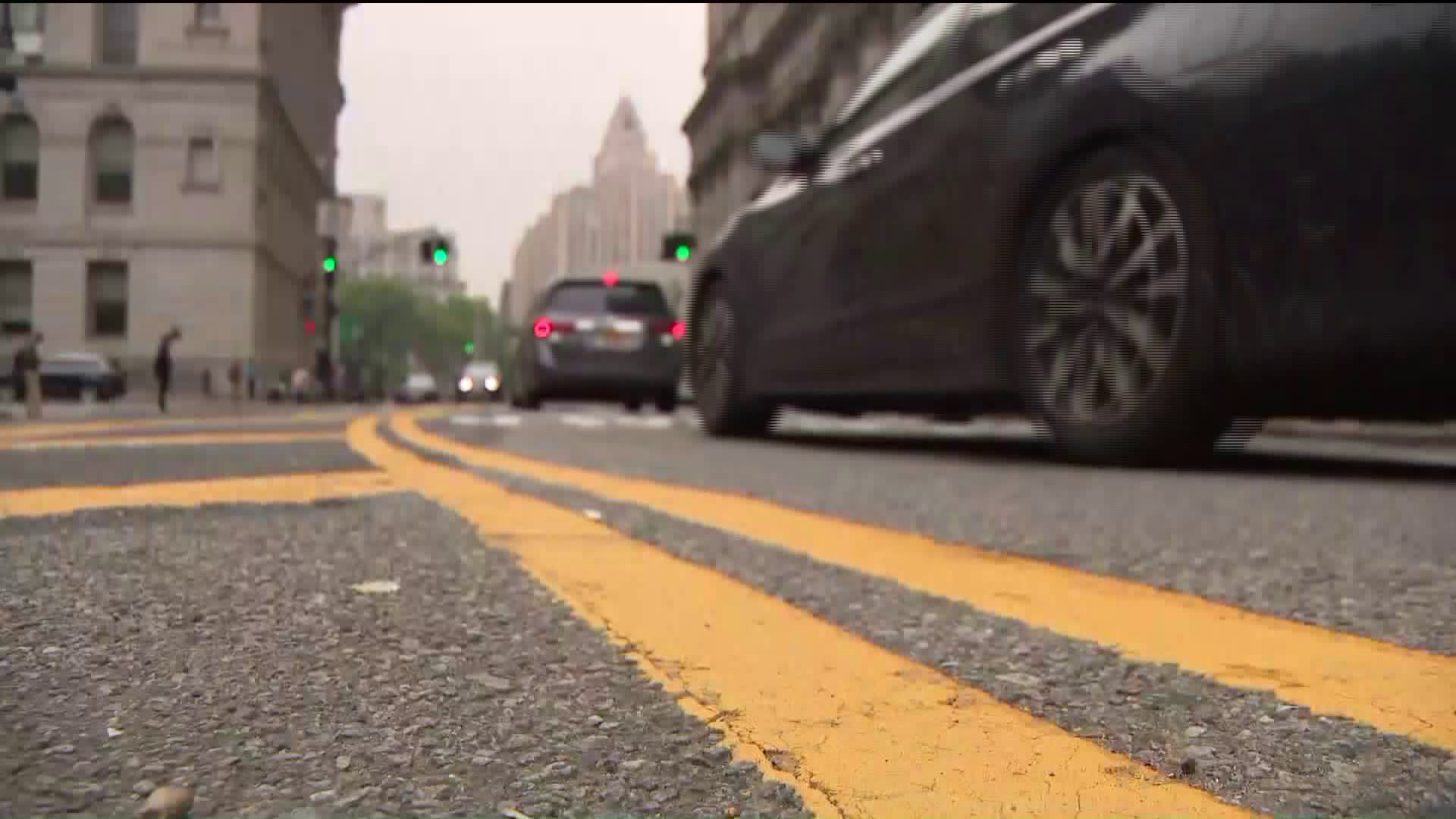 It died with the Bloomberg administration, but at City Hall today, it was back on the table, even though the current mayor is not necessarily a fan.

CITY HALL, Lower Manhattan — It's a phrase that's been in political mothballs for nearly a decade, but congestion pricing was back out in a public hearing here on Monday, and it still strikes fear into the hearts of some motorists.

However, the 2017 version of the proposal that would charge motorists a toll to drive across East River bridges and below 60th Street in Manhattan appears to have gotten a fair reception at a city council hearing and isn't necessarily scaring all vehicle drivers away.

The congestion pricing concept was reintroduced before the city council because, according to legal and transportation advocates like Move NY, the city can decide for itself to levy a toll on drivers within the city limits.

The state legislature failed to hear the city's congestion pricing proposal under the Bloomberg administration in 2008, which effectively killed it and a nearly $350 million federal grant that would have helped to implement it. But according to Roderick Hills, an NYU professor specializing in local municipal law, New York City doesn't need Albany's approval to pass congestion pricing.

It "says the city does have power," Hills said in his testimony, "to impose tolls."

While that may or may not be true, a variety of motorists with whom PIX11 News spoke were not too thrilled with the city using its authority to charge them more money.

"That's crazy," said one motorist who was in the middle of making medical deliveries for his business.  "Because we're not going to have enough money to feed our families."

The new proposal would charge motorists the same amount that subway and bus riders pay in the city: $2.75 to cross the Queensboro, Williamsburg, Manhattan and Brooklyn bridges.  It would charge that amount as well for motorists to drive below 60th Street.

"It's ridiculous," Tammy Cruz said from behind the handlebars of her motorcycle, which would also have to pay if the congestion pricing plan became law.  "It won't fly."

That's exactly the point of the toll proposal — to get more people out of their vehicles and onto their two feet or onto public transportation.

NYC Transportation Commissioner Polly Trottenberg would have the strongest influence over whether or not congestion pricing returns is.  Even Move NY acknowledged that she's accomplished a lot in her nearly four years at the helm in promoting safer, more widely used, more varied and more environmentally friendly modes of transportation in the city.

Trottenberg says legal experts in several administrations that Albany is the one that would decide whether congestion pricing would be brought back.

"We're not a city that's looking to give up authority, but in this case, unfortunately, we don't have that legal authority," Trottenberg said.

Matthiessen disagreed. He called the issue a political issue, not a policy one.

No driver who spoke with PIX11 News expressed any interest in paying more to drive in the city, but at least one said that there's a greater issue involved.

"They're already asking a lot of money, but if it helps the city fiscally, I'm all for it," SUV driver Raymond Gonzales said.

The transportation commissioner said that she'll be pushing to intensify a variety of programs that already exist in an effort to reduce congestion. Some programs involve stronger enforcement of traffic and parking regulations, expanding select bus service and encouraging businesses to have deliveries made after hours.

The subject of congestion pricing could be taken up by the De Blasio administration after municipal elections this fall. Matthiessen said he was open to the possibility.

"This, we hope, opens up" a longer term dialogue about the issue, he said.