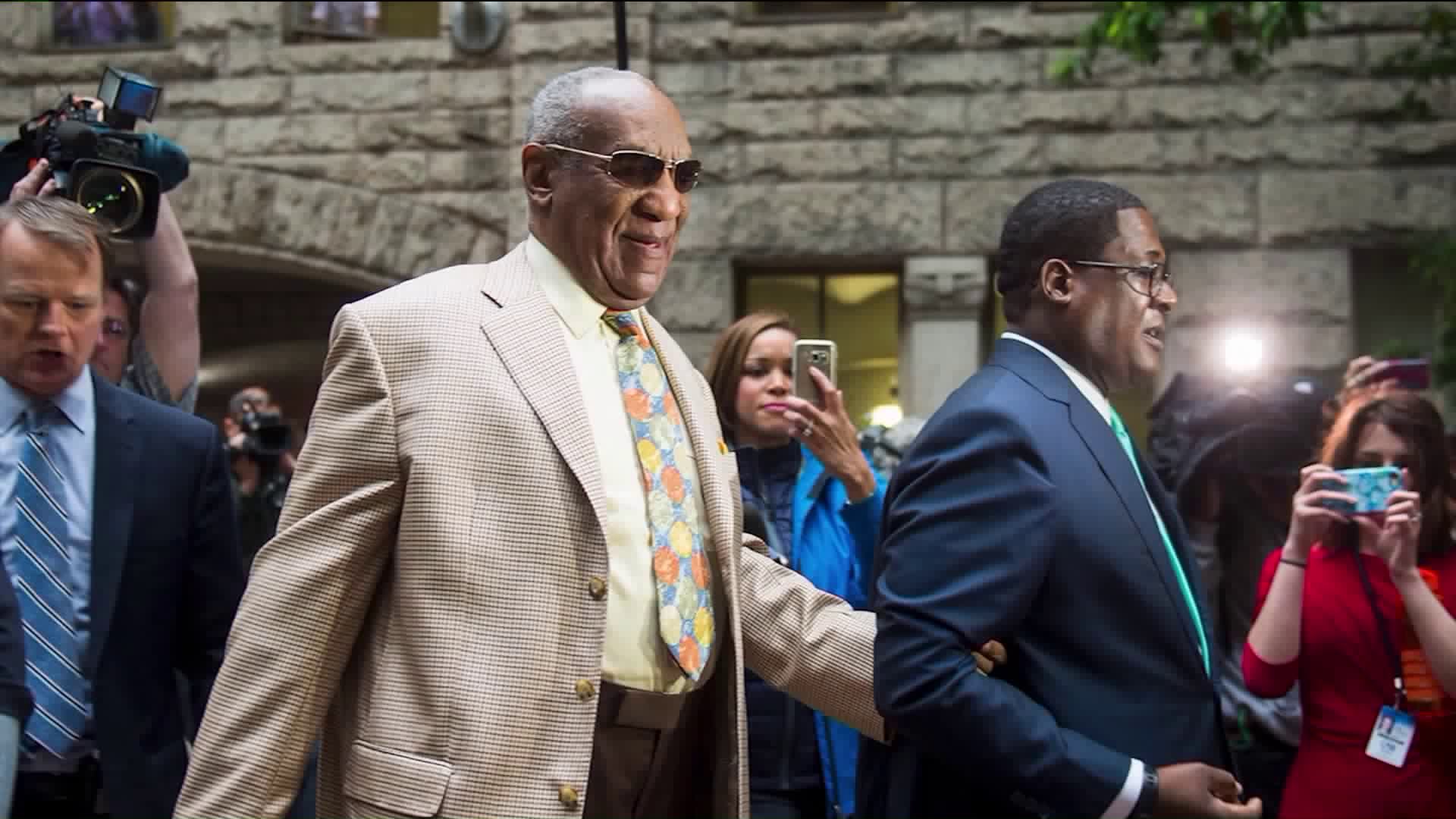 Actor Bill Cosby arrived at the Montgomery County Courthouse in Pennsylvania to face charges that he drugged and assaulted former Temple University employee Andrea Constand at his Cheltenham home in 2004.

NORRISTOWN, PA. — Actor Bill Cosby arrived at the Montgomery County Courthouse in Pennsylvania to face charges that he drugged and assaulted former Temple University employee Andrea Constand at his Cheltenham home in 2004.

Cosby arrived at court arm-in-arm with Keshia Knight Pulliam, who played Rudy on "The Cosby Show."

The 79-year-old faces three counts of aggravated indecent assault. He has denied the accusations since 2005, when Constand first went to the police.

The district attorney at the time of the alleged assault declined to press charges, and in 2006 Cosby settled a civil suit with Constand that remained sealed for almost a decade.

Though more than 50 women have leveled allegations against the former "Cosby Show" and "I Spy" star, the trial will focus on the testimony of Constand and only one other accuser, who has been identified only as Jane Doe.

Cosby's attorney, Martin D. Singer, has repeatedly denied the accusation against his client, at one point in 2014 decrying what he called "unsubstantiated, fantastical stories," which were becoming "increasingly ridiculous."

Prosecutors had sought to include testimony from 13 other accusers, but Judge Steven O'Neill ruled that would be too prejudicial.

Cosby has said he does not plan to testify. His deposition from the civil suit will stand as his explanation of what happened -- which means the trial likely will hinge on a classic case of "he said, she said."

In that deposition, Cosby said he had engaged in consensual sexual activity with Constand -- and that he had obtained Quaaludes in order to give them to women with whom he wanted to have sex. The unsealed deposition was central to Cosby's arrest in December 2015.