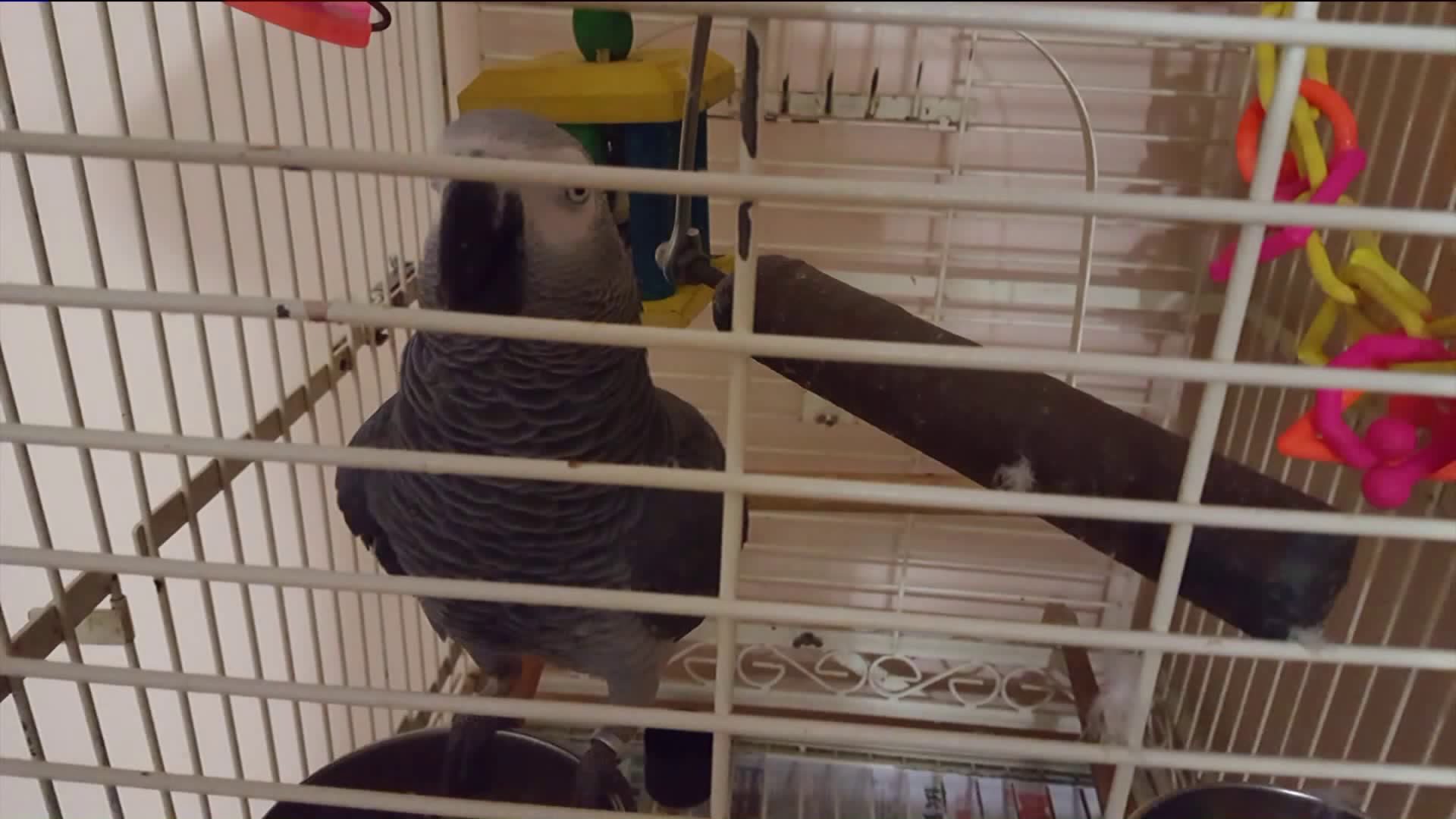 A Queens woman desperately wants Roma, her 12-year-old Congo African gray parrot, to return home after he flew out of his cage last month.

FOREST HILLS, Queens –– All that remains of a beloved Russian-speaking Congo African gray parrot named Roma is a cage in Forest Hills and the hope his owner has that Roma will find his way back home soon.

Yana Znachko has spent weeks calling out his name and hoping and prayer.

Yana showed PIX11 a video of 12-year-old Roma in better times taking a bath in his cup in his cage and then doing a special dance.

The Congo African gray parrot has a distinctive red tail and knows close to 200 words in Russian, including the words for moron and foolish.

"He was scared of being outside," Znachko said. "He'd never been outside and suddenly he pushed on my shoulder and flew outside."

Roma has unclipped wings and no chip, but he does have a band on his left leg, which says Bob FL, because he's originally from Florida.

Two people have called from nearby Kew Gardens with two different sightings of Roma, perched high in the edge of a building, but by the time Yana got there he was gone.

Yana worries that Roma will die from stress because she says he's neurotic and has no idea how to live on his own.

"He's a member of my family, like my son," Znachko said. "He's like my psychologist and he means a lot to me."

Roma's owner wants everyone to know she's offering a cash reward for his safe return even though she says she can't begin a price tag on her love for her parrot.