NYPD officer fighting for his life after being dragged by stolen car for several blocks in Brooklyn; 4 in custody 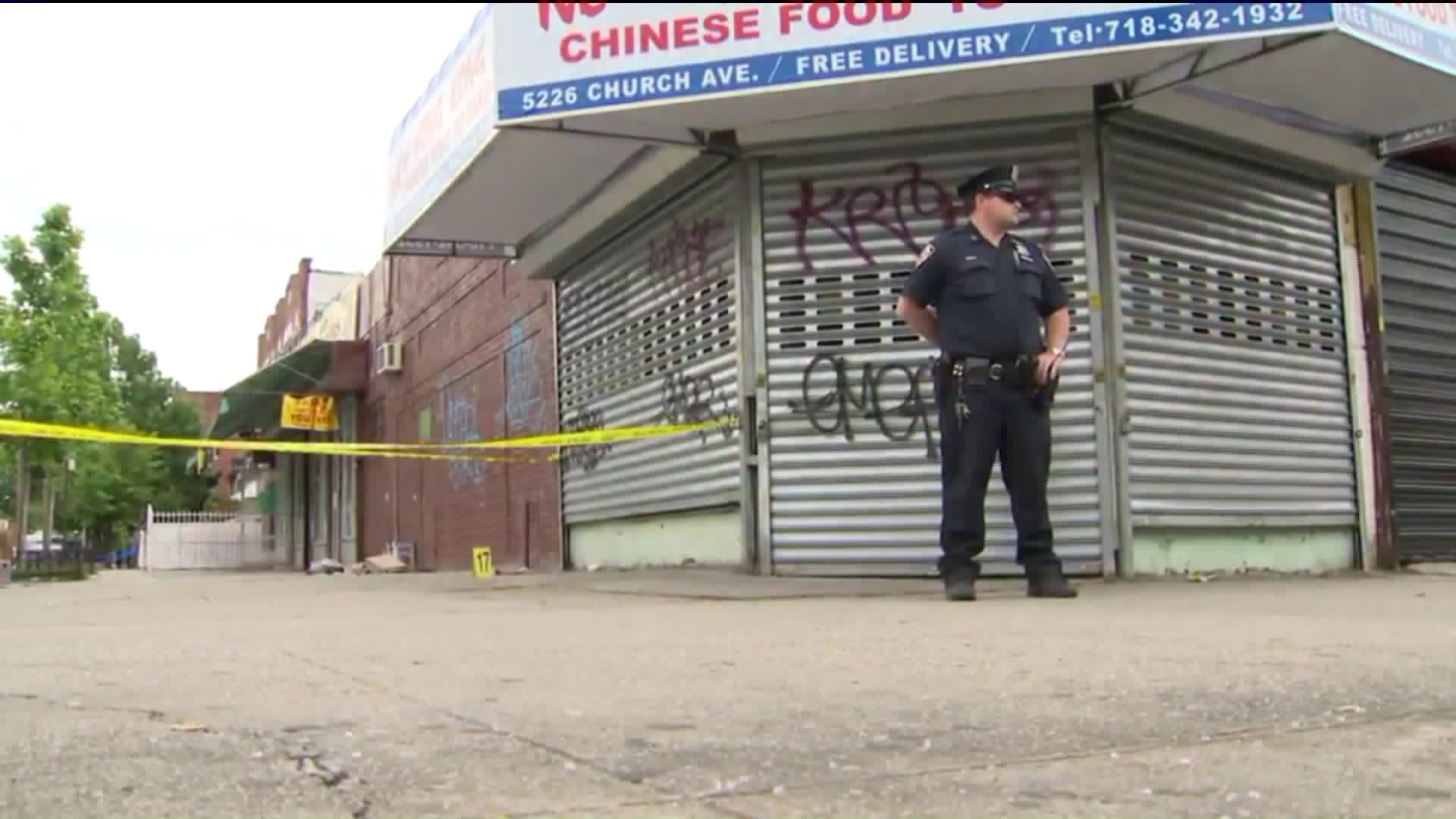 EAST FLATBUSH, Brooklyn –– Four people are in custody after a cop was dragged for several blocks in Brooklyn overnight, leaving him in critical condition, police sources said Sunday evening.

Officer Dalsh Veve, a 9-year veteran of the NYPD and father of a 2-year-old girl, was one of six plainclothes officers who responded to a series of 911 calls before midnight Sunday near East 53rd Street and Tilden Avenue. After they arrived, the officers found a party at the location and determined the sounds were fireworks, NYPD Commissioner James O'Neill said.

Veve went across the street to talk to people inside a black Honda sedan parked in front of a fire hydrant. The people inside sped off, hitting Veve and dragging him down Tilden Avenue, officials said. He fired two shots as he was pulled by the car for two and half blocks before he broke free. The sedan driver crashed and the people inside abandoned the car in the vicinity of Snyder and Church avenues on East 53rd Street.

Veve was rushed to Kings County Hospital where he remains in critical condition late Sunday.

"I just ask New Yorkers to keep him in your prayers as we go through today," O'Neill said.

O'Neil said a 15-year-old walked into a nearby hospital shortly after being shot in the face. Investigators believe he was in the car, which was recently stolen on Long Island.

Among the four detained for questioning include the teen, police sources told PIX11. He has an extensive criminal history and was arrested on May 16 for grand larceny. The others are an 18-year-old woman, another female and male.

"This is a young man who has had an exemplary career as an NYPD officer - one of the most commended and decorated members of his precinct," de Blasio said Sunday.

NYPD is asking for your help in two ways: prayers for officer Veve and to tell police if you know anything about what happened.