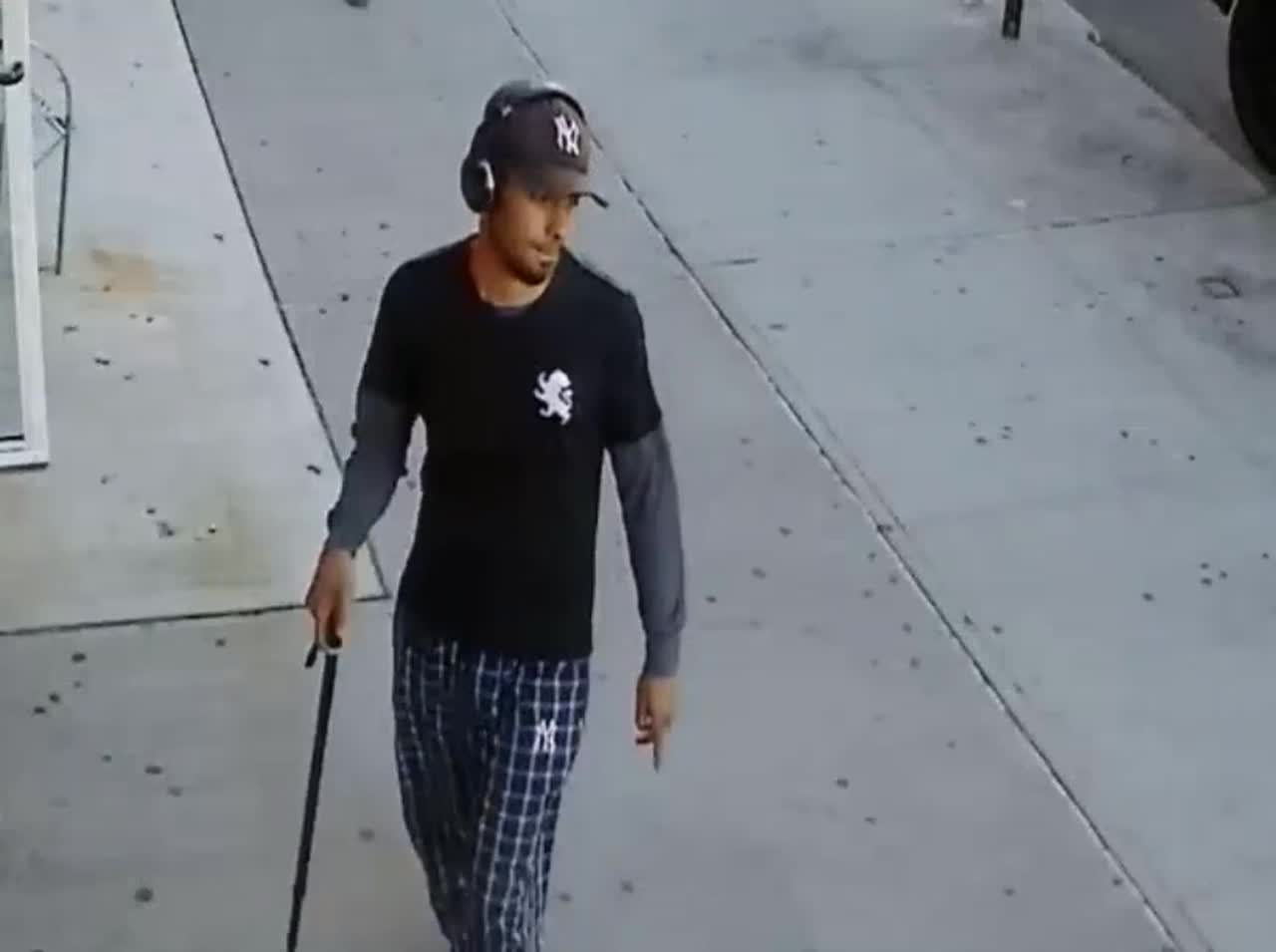 INWOOD, Manhattan — A 90-year-old walking down the sidewalk in Manhattan was attacked at random by a man who kicked the victim's shopping cart then hit him in the head with a cane, police said Saturday.

The attack happened shortly before 6 p.m. Friday in front of 4863 Broadway.

Carrying a cane, the culprit walked toward the victim then began his attack. He kicked the 90-year-old's shopping cart then wound up and swung at his head with the cane, cutting the victim's ear and head, police said. The victim was taken to a hospital in serious condition.

A passerby stepped in and stopped the assault from going on any longer, surveillance video shows, and the attacker ran from the scene heading west on Broadway.

Police on Saturday released that surveillance video, which clearly shows the attacker's face, and asked for the public's help to find him. He is described as being between 20 and 30 years old, about 5 feet 9 inches tall and 150 pounds.

He was last seen wearing what appeared to be blue and white checker-box pajama pants, a black T-shirt over a grey long-sleeved shirt, black sneakers, a Yankees baseball cap and headphones.