Swarm of bees prompts shutdown of street in midtown Manhattan 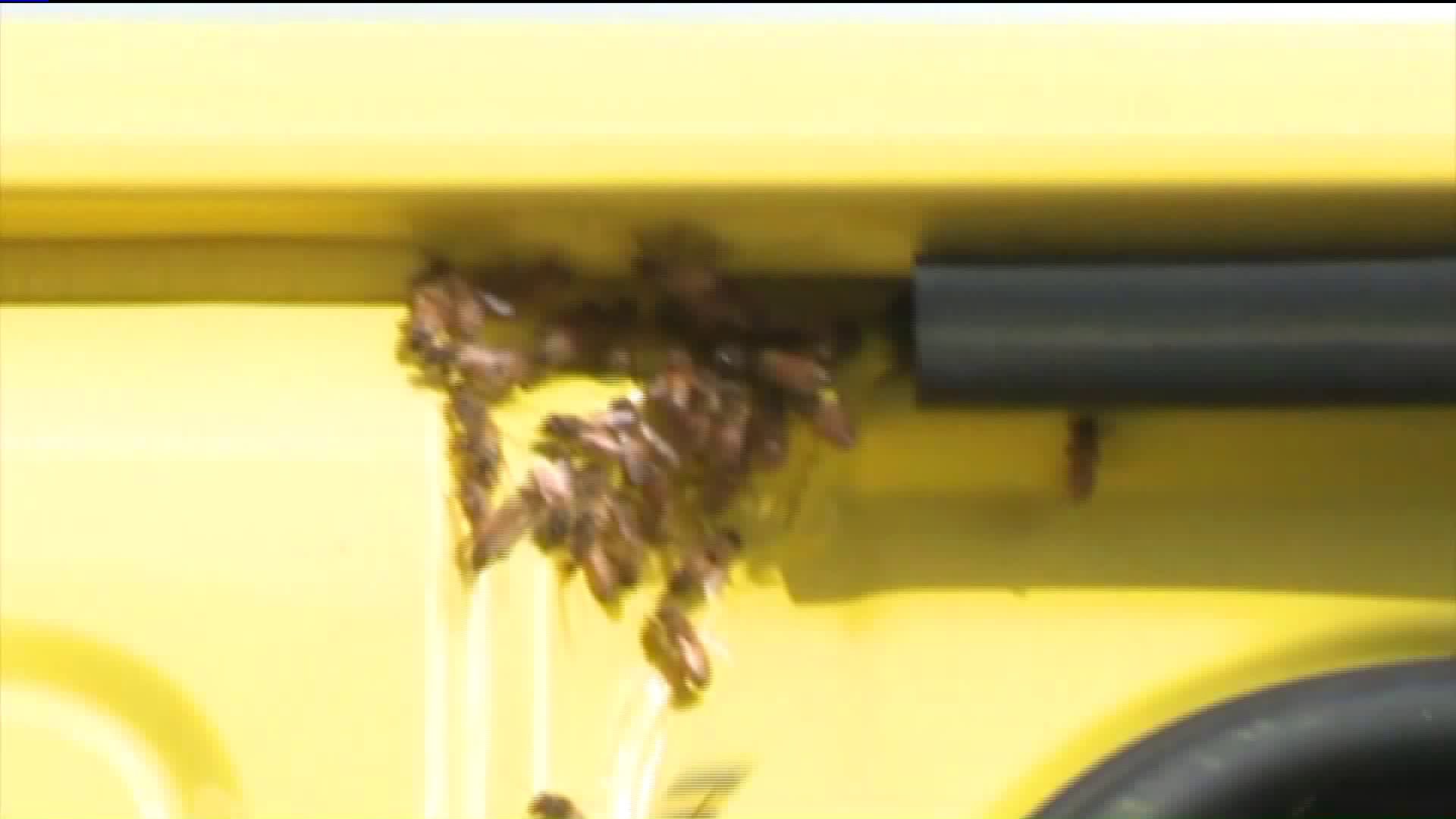 MANHATTAN –– A swarm of bees prompted the closure of a street in midtown Manhattan Friday afternoon, police said.

The NYPD shut down 47th Street between Fifth and Madison avenues for hours due to the bees.

PIX11 captured video of a beekeeper vacuuming a ServiceMaster Restore van in front of 575 Fifth Ave. as onlookers watched from a distance for fear of getting stung.

An employee for the restoration company saw bees taking over his vehicle at about 11 a.m.

"We were here doing a job and next thing we notice are bees flying to the van," Enrique Baiva said. "And we couldn't get out."

An expert beekeeper told PIX11 swarms are common this time of this year.

"They normally swarm in the mornings on the first or second, the third nice day after a lot of cold or rainy weather," Mickey the beekeeper said.

What triggers the swarm? A lack of space -- and Mickey said they can fill up that space fast, laying thousands of eggs a day.

Baiva and another employee were told to wait for the beekeeper as "millions" of the bugs invaded the van from a building nearby, he said.

"It's crazy. I've never seen anything like this before," Baiva said. "I was scared."

Both men escaped safely without getting stung.

Mickey said swarming is when bees are their most docile because they don't yet have a home to protect.