Skin cancer survivor has message for others: ‘You couldn’t even see it’ 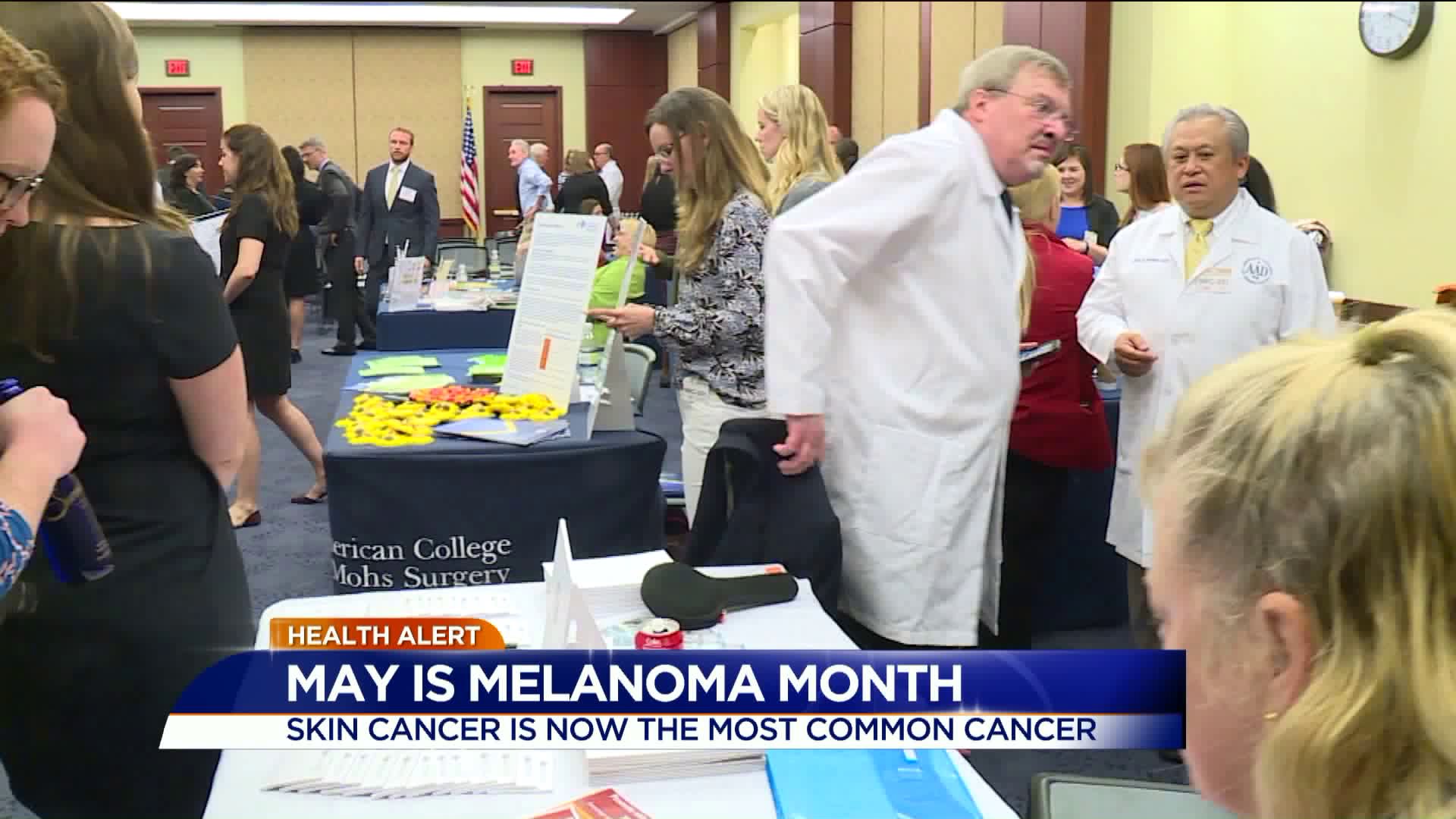 RICHMOND, Va. — Children are at the most risk for sun damage, so dermatologists and members of Congress are taking action to protect them.

The American Cancer Society estimates 87,110 new melanomas will be diagnosed in the U.S. this year.

"It was right here on my nose,” said Karen Lynn, a skin cancer survivor. “You couldn't even see it if I showed you."

However, there was no missing the 20 stitches the mother of three had after surgery to remove basal cell carcinoma — the mildest form of skin cancer.

"It’s just been two months. It's unbelievable how quickly I healed,” she said. “I certainly didn't feel like that when I left the office and I had a black eye and my face was swollen."

Lynn always makes sure her three boys are protected from the sun, because now she knows people get the most amount of sun damage before they turn 18.

"I remember being a teenager and putting on iodine and oil thinking we were going to get more tan. That was ridiculous,” said Lynn.

The bill calls for public awareness campaigns to teach parents, caregivers and teachers about sun safety. It would also allow children to bring sunscreen to school and use it without a doctor's note.

She said just one blistering sunburn can double your risk of skin cancer.

"If you’ve had five sunburns, you’ve also doubled your risk of skin cancer, so what we want children to do is not just use sunscreen, but use sun protective clothing. That’s the number one means to the prevention of skin cancer," Brodsky said.

In addition to protective clothing, Brodsky recommends using a sunscreen with zinc or titanium to block both UVA and UVB rays. She advises staying out of the sun as much as possible between 10 a.m. and 3 p.m.