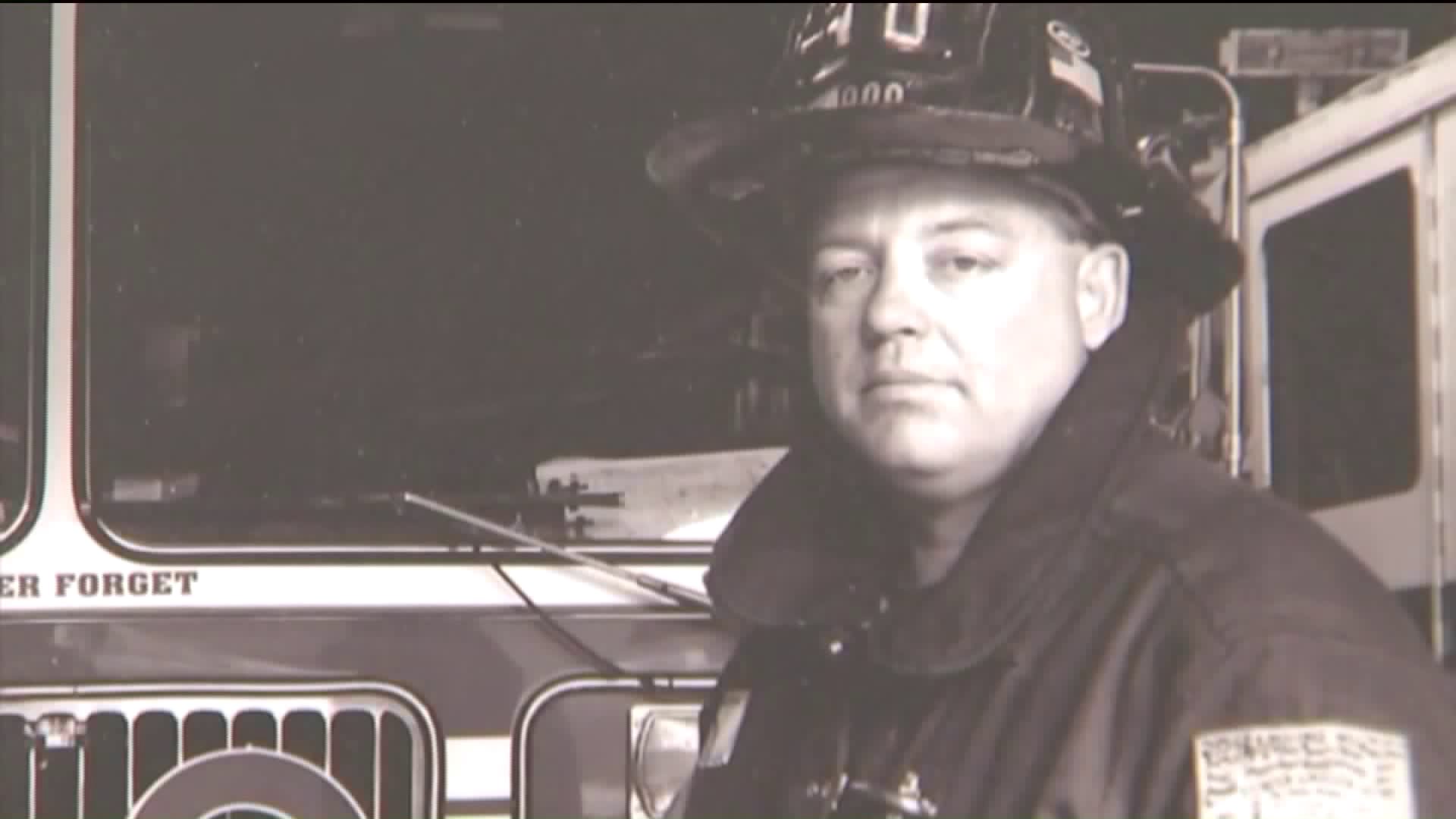 He died Sunday morning following an eight-year battle with cancer.

Pfeifer's funeral began at 11 a.m. at the Holy Family Church in Hicksville after he died Sunday morning following an eight-year battle with cancer. He became ill after responding to the World Trade Center Terrorist attacks on 9/11.

Loved ones say he was a true firefighter who bravely battled fires as an FDNY member and fought tirelessly for all first responders. He spent eight months digging through debris at ground zero after the 9/11 attacks. And, would go on to lobby tirelessly for health benefits for other first responders and victims.

Last year, Mayor Bill de Blasio giving him the key to the city, saying because of his hard work, other survivors get to get up in the morning and not worry about their future.

Firefighter Pfeifer, who was 59, fought hard to get the Zandroga Act passed in Washington D.C., which now guarantees medical care for 9/11 first responders.

Pfeifer died Sunday morning following an eight-year battle with cancer. He became ill after responding to the World Trade Center Terrorist attacks on 9/11.

Several hundred mourners turned out to remember him at his wake in East Meadow Thursday, including his former colleagues.

“What you see ..testament to what he did …something …Ray probably never wanted,” said Kenny Specht, retired firefighter and Pfeifer’s former colleague.