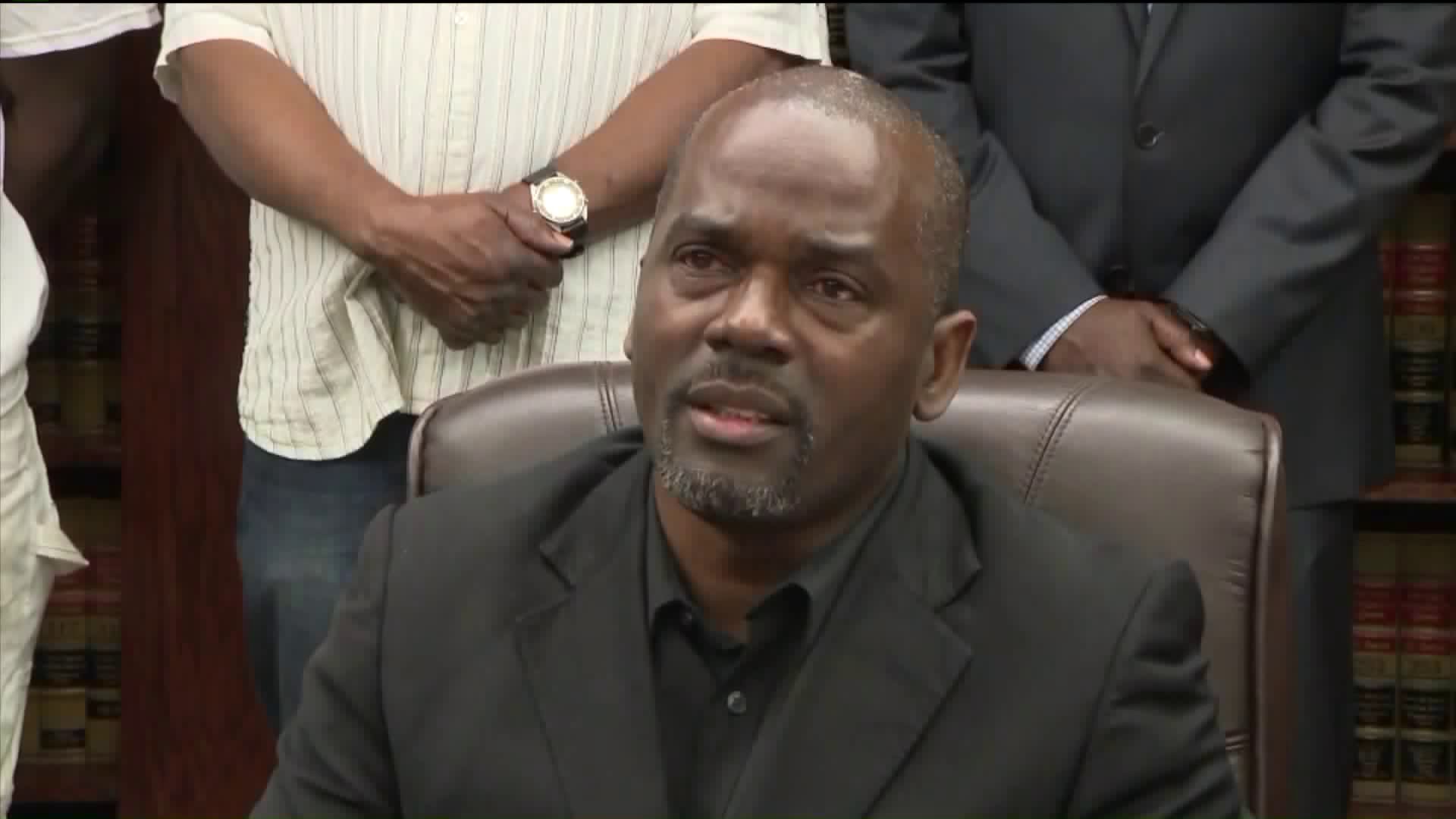 He spent nearly three decades in the military and in the local sheriff`s department, but that didn`t stop officers from forcefully and wrongfully taking Ronald Lanier, 53, into custody last fall.

HEMPSTEAD, N.Y. –– He spent nearly three decades in the military and in the local sheriff's department, but that didn't stop officers from forcefully and wrongfully taking Ronald Lanier, 53, into custody last fall, according to Lanier and his attorney.  They tried to settle a wrongful arrest and brutality claim with Garden City Police, whose officers made the arrest.  No agreement was reached, so on Thursday, they filed a multi-million dollar lawsuit against the department.

It was at the Western Beef supermarket in Mineola that two Garden City officers put Lanier under arrest November 30, according to the 28-page lawsuit filed early Tuesday afternoon.  However, Lanier told the officers, identified as John Russell and George Byrd, he wasn't by any means the fleeing petit larceny suspect they were after.

"I turned around and said, 'Hey, I'm on the job, I'm on the job," Lanier said at a Thursday afternoon news conference, describing the incident.  "'What you guys doing?'" he asked the officers at the time.

"One whispered in my ear, 'Want to be a tough cop?'" Lanier said.  "They started beating me on both sides of my ribs."

Lanier ended up driving himself to the hospital after the incident, he said, because the officers would not call an ambulance for him.  They kept him, in handcuffs, in the back of their police cruiser for 20 minutes, Lanier claims, until they were able to locate the suspect they'd originally sought.

Until that point, Lanier said, the officers did everything wrong.

"They didn't read me my rights," he said, adding that the officers used profanity with him to try and keep him quiet.  "That was their rights," said Lanier.

The lawsuit that he and his attorney, Frederick Brewington, filed was submitted in federal court because, they said, his constitutional rights were violated. They added that they also feel that they'll get a less biased hearing before a federal judge rather than one at the county level.

"The way that our system says that we can try and get some justice," said Brewington, "is to pull them, kicking and screaming, into court."  He said that it was a much more effective method than "when we write them letters," as they've done for the last six months, he said.

For its part, the Garden City Police Department has not responded to requests from PIX11 News for comment.

The man who they wrongfully arrested, however, said the department has mishandled his situation from the very beginning.  He said that has left him disturbed every time he's looked back on the incident.

"Now what if I would have that gun on me?  Think about that," he added. "In their mind, they thought I was the guy."

Lanier is suing for $5 million per count in his lawsuit.  There are nine counts, related to allegations of wrongful arrest and brutality, plus $10 million additional damages sought.