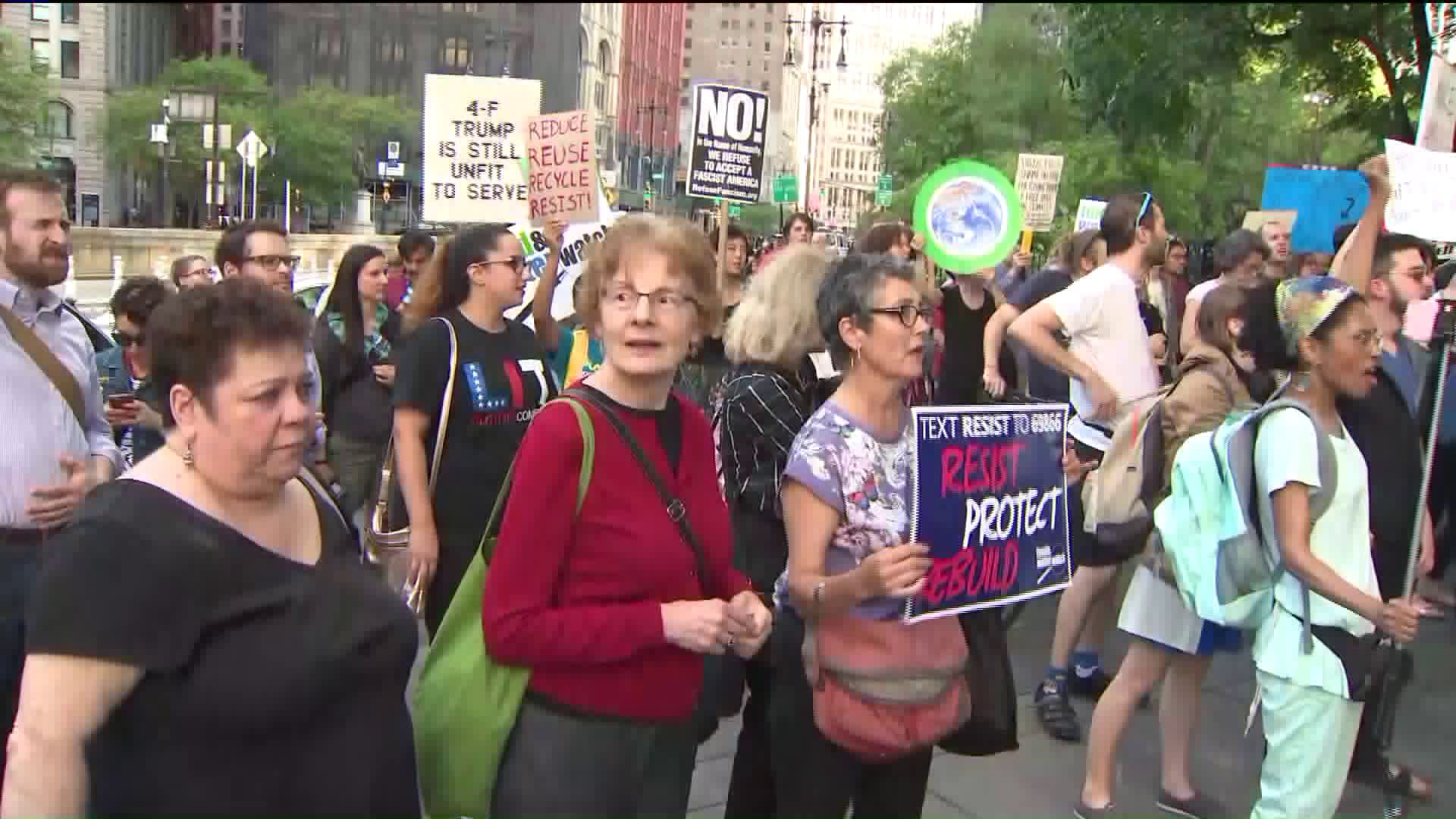 President Donald Trump`s highly anticipated Thursday afternoon announcement on climate change did not come as a surprise. The reactionary protest that popped up in Manhattan`s Foley Square two hours later amounted to a familiar rebuttal.

“The United States will withdraw from the Paris Climate Accord,” President Trump said.

The reactionary protest that popped up in Manhattan’s Foley Square two hours later amounted to a familiar rebuttal.

“It’s outrageous, to take our country, take the government of the United States - and our own country, out of a global process,” said Leslie Cagan of the NY People’s Climate Movement.

President Trump argues the Paris Accord hurts America’s fossil fuel industry, that the science behind climate change is not definitive and that America would unnecessarily suffer economically while China bolstered its own coal industry.

“And we will see if we can make a deal that’s fair,” President Trump said.

On the state and local level, both New York City Mayor Bill de Blasio and Governor Andrew Cuomo joined several of their counterparts across the country - and pledged to honor the Paris agreement.

“It’s a sad state of affairs when localities have to do what the federal government should be doing,” Mayor de Blasio said.

They even ordered the lights turned to green at City Hall and the Freedom Tower - in honor of the environment.

Still, it was not a complete lovefest at City Hall, with many protesters calling for the Mayor, Governor, and the President to push for an even stronger version of the next climate agreement.