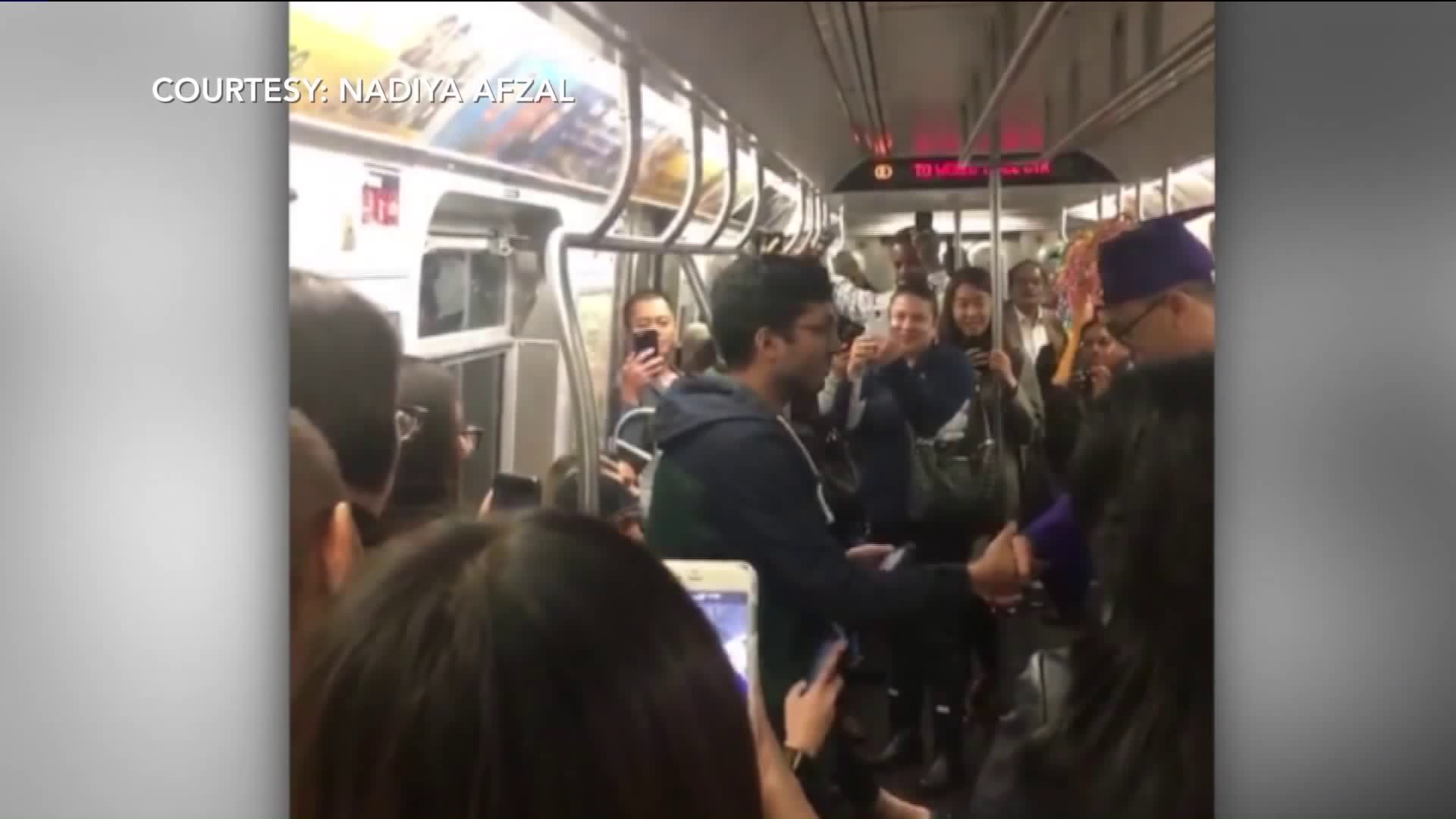 It all happened Tuesday as Jerich was on his way to Hunter College for his graduation.

QUEENS — When Hunter College student Jerich Alcantara got stuck on the subway and missed his own graduation, commuters came together to give him one on the train.

The video of the subway graduation ceremony has been shared more than 8,000 times with 1 million views and counting.

It all happened Tuesday as Jerich was on his way to Hunter College for his graduation.

Family and friend, Bobby Rahman, were with him for the ride from Elmhurst, Queens. They thought they had plenty of time, but the E train had other plans when it lurched to a stop somewhere between Roosevelt Avenue and Queens Plaza.

"We were stuck on the first train for about an hour and a half or two hours but a rescue train came and got us and then that one got delayed as well," said Jerich.

In an effort to lighten the mood, Jerich says he yelled out, "Thanks for coming to my graduation everybody. I appreciate you all for coming out."

Friend, Bobby mocked up a diploma on his phone, cued up some music and the rest was history.

"This is a graduation. We need Green Day in here, 'Good riddance' and that's when the graduation ceremony happened," said Bobby.

Jerich says he has no animosity over this subway delay and actually is thanking the MTA for his 15 minutes of fame.