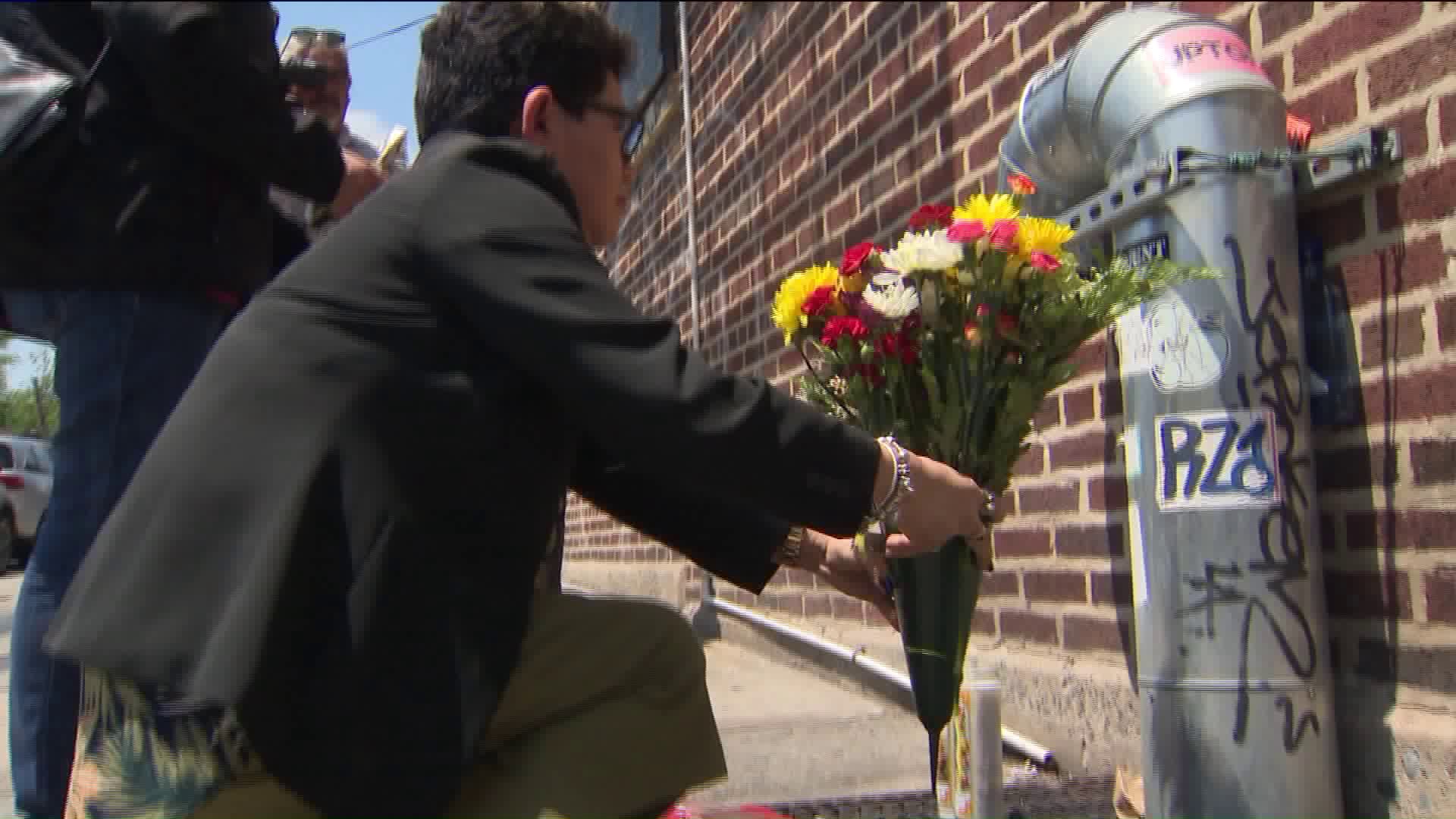 A father was shot and killed outside a Queens grocery store in the middle of the night on Wednesday, police say.

MURRAY HILL, Queens –– A father was shot and killed outside a Queens grocery store in the middle of the night on Wednesday, police say.

The victim was identified as Fernando Gonzalez-Chavez, 39, police said.

He is survived by an 11-year-old son, his family said. Gonzalez-Chavez lived in Westbury, N.Y., but recently returned to Queens because that is where his family moved to from El Salvador nearly 25 years ago.

"He was in the wrong place at the wrong time," the victim's cousin Yanira Gonzalez said.

Yanira Gonzalez never thought she be a part of what she has seen so many times in the past, "You know we used to see like in the news everybody get shot but we never thought it was going to be us."

Officers were called shortly after midnight to the 7&7 Deli at 40-38 162nd St. in Murray Hill, Queens. They found Gonzalez-Chavez unconscious and unresponsive with a gunshot wound to his face, police said. EMS pronounced him dead at the scene.

Police told PIX11 the victim could've been targeted. But Gonzalez-Chavez's family said they have no idea who would have killed him.

"This is not something related because he wasn't doing that," his cousin Yanira Gonzalez told PIX11 News. "He wasn't in gangs at all.

As Yanira and Blanca built a makeshift memorial only steps away from an MS-13 gang sign spray painted on the same brick wall Gonzalez was shot in front of, PIX 11 News asked them about the potential of his murder being gang-related, "That is not something related because he wasn't doing that'll. He wasn't in gangs at all," said Yanira.

However, as NYPD detectives canvassed the neighborhood trying to piece together this crime Yanira and Blanca arranged flowers and placed candles of the Virgin of Guadalupe and Saint Anthony to remember their loved one in the memory of Gonzalez's mother who had passed years ago.

"So those candles were picked because the mother used to pray to the virgin de Guadalupe and San Antonio hoping that her child would be protected."

The NYPD had closed off the 7&7 Deli and were seen investigating this a few blocks from the scene of the crime.

The killer of Gonzalez, a 39-year-old father of one, is still on the run.