‘Delays… are inevitable’: Transit agencies try to prepare rail commuters for a summer of slower trains 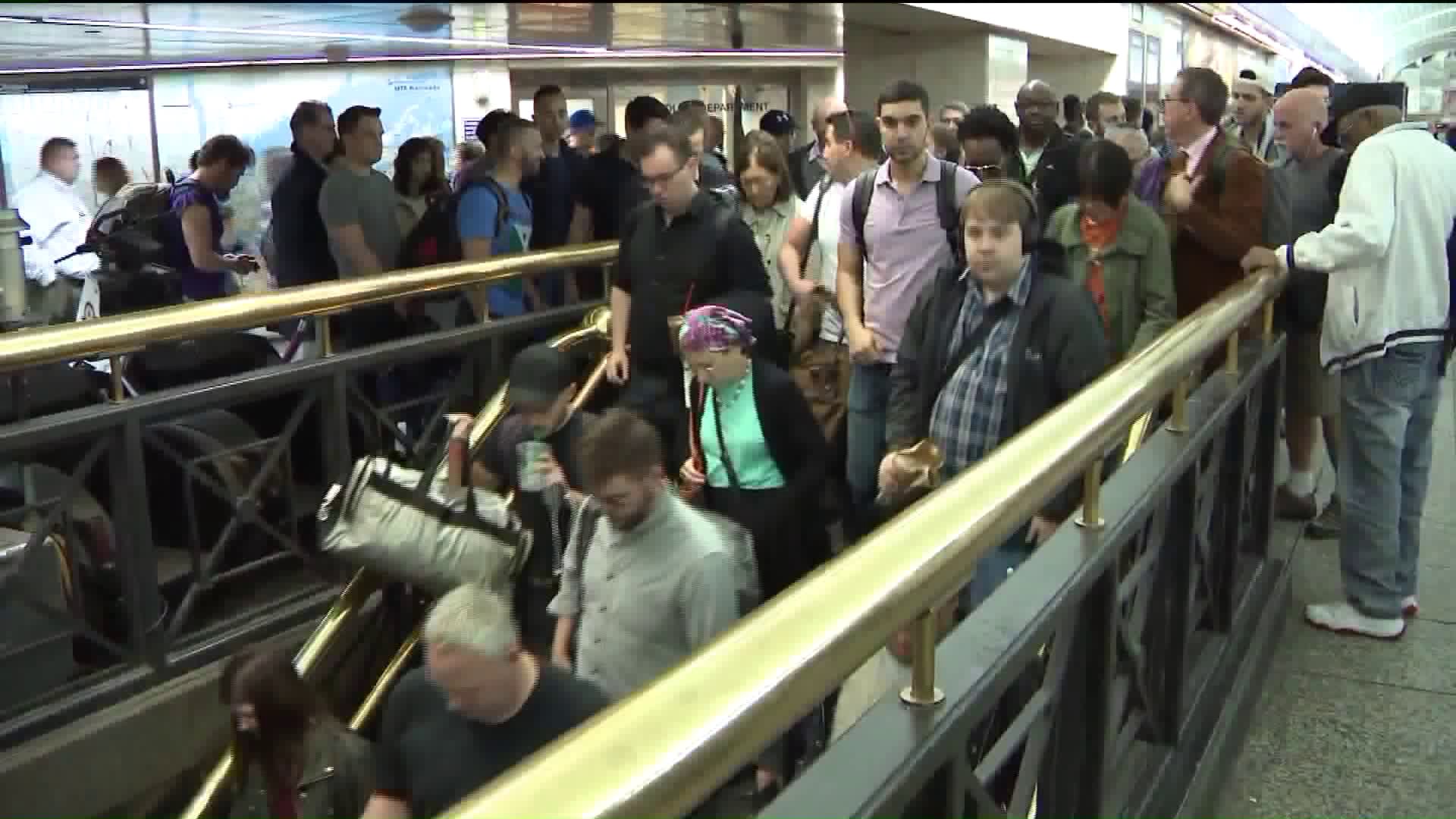 NEW YORK — "Delays on all rail lines... are inevitable."

That's what NJTransit has warned its 307,000 daily commuters regarding the fact their trips are about to get longer, every day, all summer long.

Specifically, the Garden State's public transit agency published a summer schedule that tells customers that "delays on all rail lines, except the Atlantic City line, are inevitable."

It was one of many issues that arose during a special hearing here by state legislators trying to prepare constituents -- and themselves -- for two months of commuting problems.

From July 10th until September 1st, Amtrak will shut down multiple rail lines at New York Penn Station in order to repair and replace them.

The reason for the work is to try and prevent more rail mishaps like those that have occurred repeatedly at Penn Station over the last few months, including two derailments, multiple power outages and regular instances of stuck trains.

"Not really looking forward to it," said Maggie Burd, another passenger, who estimated, in the very same terms as the executive director of NJTransit, how much longer her daily commute will be.

"It'll be up to be 30 minutes longer," said Steve Santoro, the executive director.

He made the comment in testimony before a special state legislative committee hearing here, explaining the changes that are scheduled to come.

The hearing ended up also being an opportunity for Santoro to talk directly, in public and on the record, to one of the leaders of Amtrak, which operates the rails on which NJTransit trains run.

"What we don't have," said Santoro, "is what were the conditions that would have caused two derailments in one month."

He made the criticism of Amtrak's handling of the catastrophic derailments in late March and early April during a commentary period in the testimony of Stephen Gardner, Amtrak executive vice president for infrastructure investment development.

The twin derailments caused residual delays and shutdowns of rail service for more than two weeks.

For his part, Gardner pledged to ensure stronger communication between his federal, quasi-governmental corporation and NJTransit, which is wholly controlled by the State of New Jersey.

The biggest inconvenience that this summer's repairs at Penn Station will cause is that the Morris and Essex Line trains, which currently ride into Penn, will not do so during the repair project. Commuters on the M&E Line, as it's sometimes called, will be routed to Hoboken Terminal.

From there, they will have to transfer to PATH trains or to ferries into Manhattan.

Again, it will be that way all summer, from July 10th until September 1st.

"That's an inconvenience," said Grace McNow, a commuter along the M&E Line.

In an effort to compensate for their inconvenience, M&E Line commuters will receive a discount of 50 percent on their NJTransit tickets, which will be cross-honored by PATH and local ferry services.

McNow reacted in a way not so different from many other commuters that PIX11 News encountered. She appreciated the discounted tickets she'll receive, but said about the added delay of her commute, "It has to happen. What can you do?"