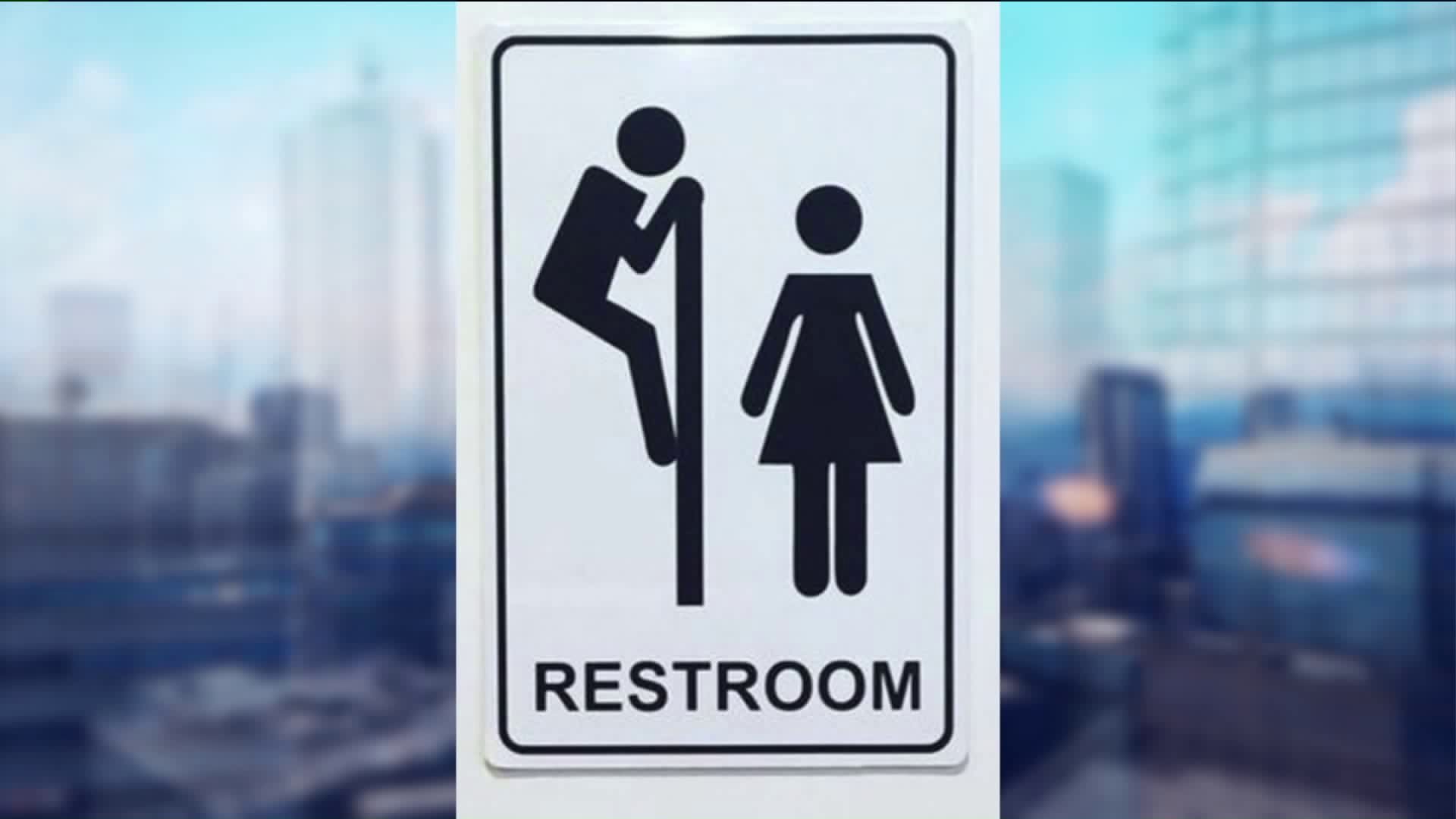 The owner has taken down the sign after complaints that it promoted rape culture.

PARK SLOPE, Brooklyn — Some could call it a tempest in a teapot or, in this case, a coffee pot.

Some people thought it encouraged "peeping toms" and others thought it was just funny, but now the controversial sign in a Park Slope coffee shop bathroom is no more.

The owner of the new coffee shop Clever Blend found out the hard way that he wasn't very clever when he went on line during renovations in March looking for a funny restroom sign.

For $12.99 on eBay, Tesconi found a sign showing a stick figure man peeping over the top of a bathroom stall at a stick figure woman. He bought it and placed it on his single-use, co-ed bathroom door when his coffee shop opened in April.

Then, according to the owner, a female customer took offense and ignited a war of words on Instagram and Yelp.

"There was hate yelps and hate Instagram," Tesconi said. "There were threats against my family and me."

So the coffee shop owner put up another sign explaining why he put up the first sign. He also invited customers to vote on whether the sign should come down.

And even though the owner says most voted to keep the sign, Tesconi papered over the controversial one until his new, metal all-inclusive restroom sign arrives.

"I think the new sign is great," Kiki Mikkelson, a customer, told PIX11. "The other sign was silly. The controversy was blown all out of proportion."

Another customer, Poorja Asnani, said, she understood that the first sign was a joke, but added: "certain jokes encourage certain types of culture. It just rubs me the wrong way."

As a good will gesture, the Clever Blend owner says once his new all-inclusive metal restroom sign arrives, he hopes to auction off the controversial one and give the money to charity.

"We don't promote any violence against women or anyone here," Juan Pablo Petit, a barista, told PIX11.