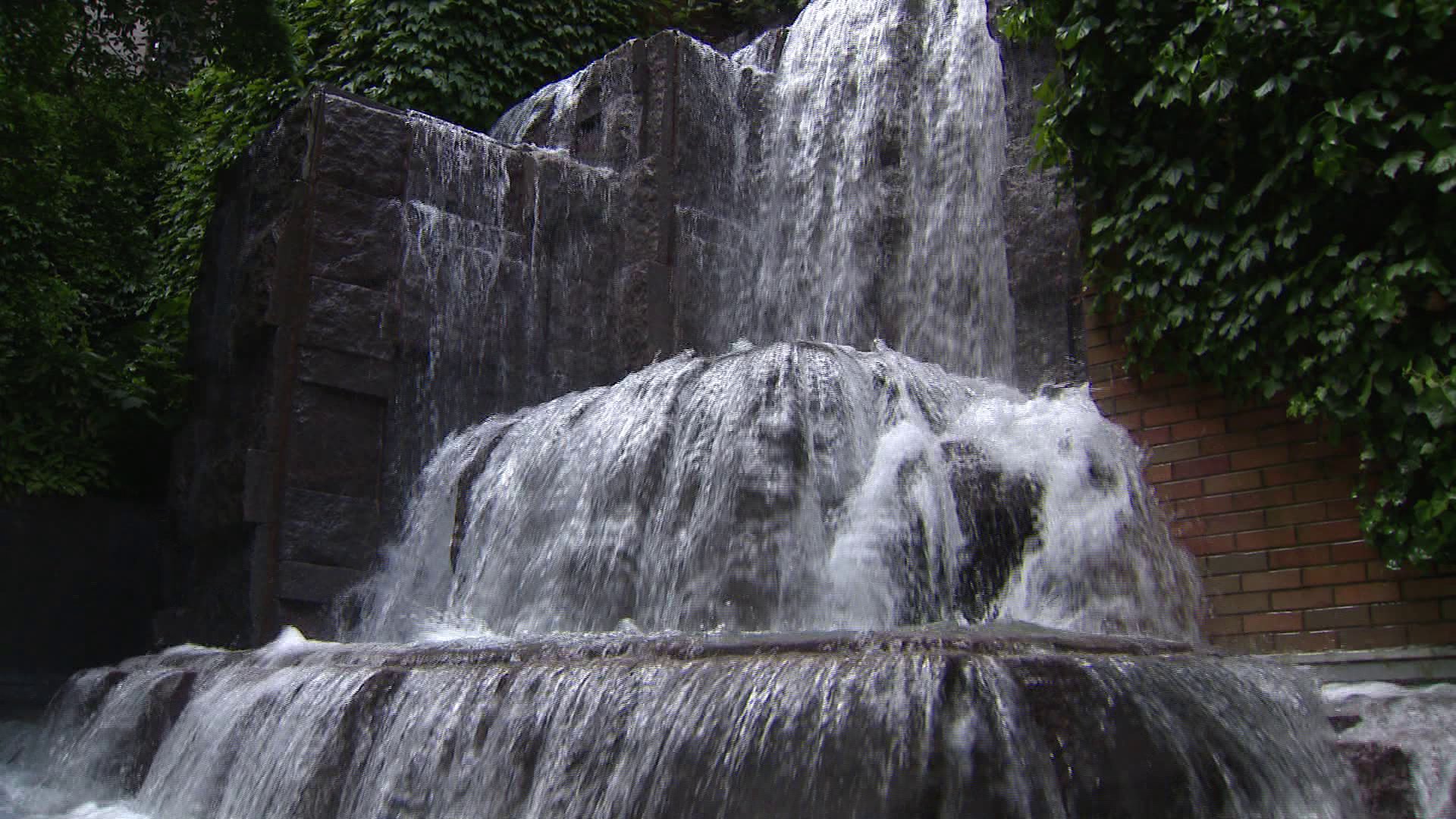 MANHATTAN, N.Y - Go for a walk around New York City and you probably will pass right by 217 East 51st Street.

It's a tiny slice of this big place. It's tucked between Second and Third Avenues in Midtown Manhattan.

Trees spread out and green plants lounge on the walls as they soak in the light.

And yes, there's a waterfall. The sound bounces off the buildings that border the place.

People who live and work in the area sit in the public space until it closes in the early evening.

"Everyone needs a little bit of peace and quietness," said a woman sitting in a chair, as she saw the water fall.

Sunlight streams in, at certain times of the day. Time marches on and the nearby buildings sometimes offer shade.

But the sunlight seems to be diminished, as more taller buildings rise around this particular block and in the distance.

Gail Caulkins is the president of the Greenacre Foundation and the granddaughter of the park's founder. The foundation has cared for and managed the open space for almost 50 years. PIX11 News Reporter Greg Mocker sat down with her at the park on a Friday afternoon in May.

Listen for the waterfall in the background as they speak.

"There's a greater Midtown-East Rezoning Plan. We're concerned there will be buildings that will block the light in the park in the afternoon," Gail Caulkins said.

Some building owners, officials and planners have said Midtown zoning needs to be updated to keep up with the commercial area.

Greenacre Foundation commissioned its own study of the light. Supporters believe the taller buildings will cast too big a shadow.

"She really wanted people to feel that they were getting away hubbub of the city," Gail Caulkins said

According to the foundation's website, elected leaders have acknowledged the current fight as the zoning process continues.

This light is not something that will go quietly, if the people who enjoy the space have anything to say about it.