Wait, what? Scientist discovers snakes that hunt in packs 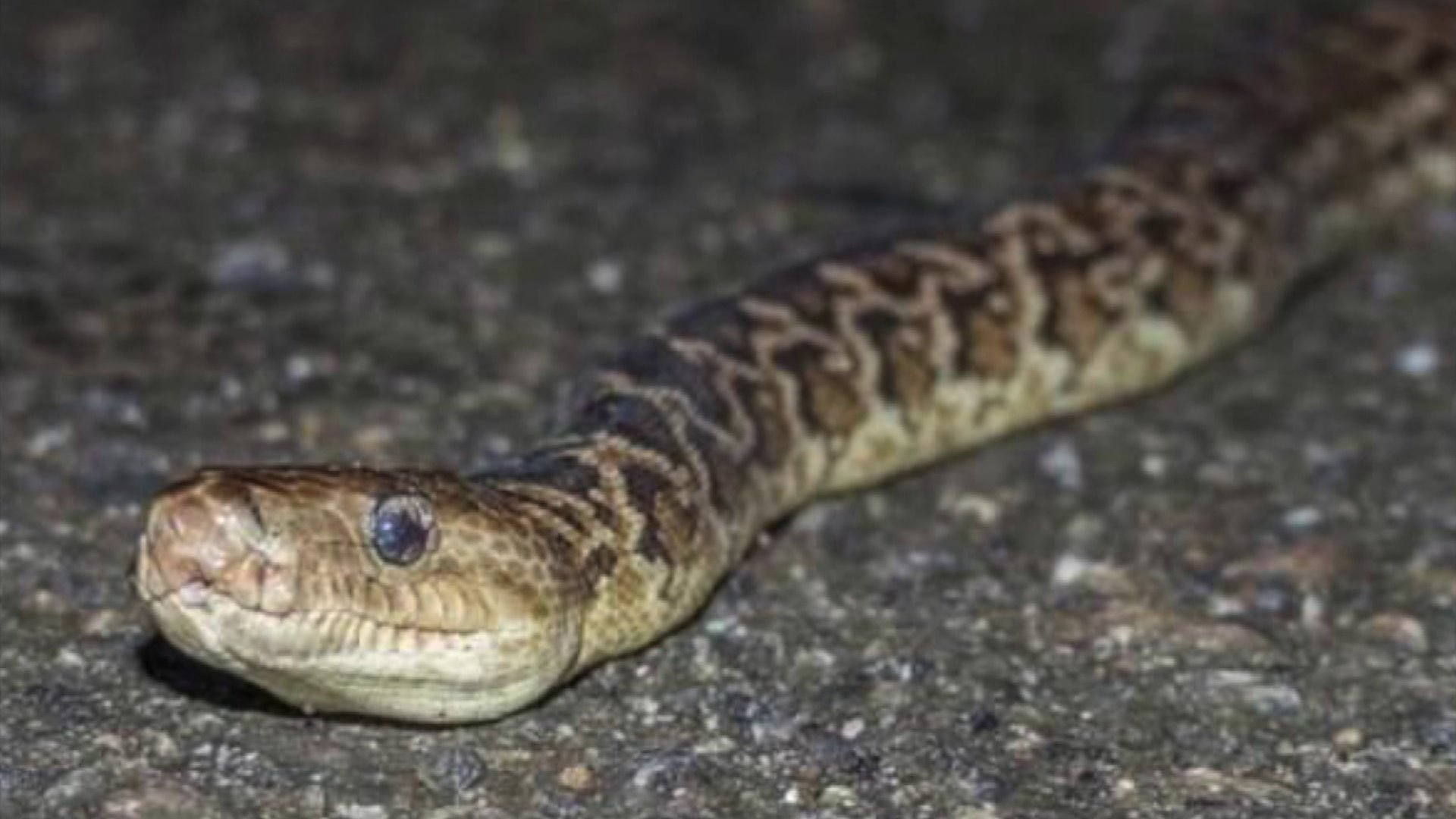 It`s a level of sophistication not previously seen in reptiles.

KNOXVILLE, Tenn. — Get ready to update your nightmares.

A scientist from the University of Tennessee, Knoxville has discovered that a species of snake, the Cuban boa, hunts in groups, and through teamwork improve their chances of catching prey.

It's the first time that reptiles have been observed to have been involved in "coordinated hunting," where individual animals take into account the location of others of the same species to maximize their hunting successes.

The study's author, Vladimir Dinets, observed the snakes hunting fruit bats in Cuba. Taking up positions across a cave mouth at dawn and dusk, the individual snakes would position themselves in a way as to improve the odds of the pack making a kill.

"Snakes arriving to the hunting area were significantly more likely to position themselves in the part of the passage where other snakes were already present, forming a 'fence' across the passage and thus more effectively blocking the flight path of the prey, significantly increasing hunting efficiency," the study's abstract states.

And if a pack of 1 to 2 meter (3 - 6 ft) long snakes working together wasn't enough to give you heart palpitations, they do it by hanging upside down from the roofs of caves.

"After sunset and before dawn, some of the boas entered the passage that connected the roosting chamber with the entrance chamber, and hunted by suspending themselves from the ceiling and grabbing passing bats."

Dinets, an Assistant Research Professor in the university's Department of Psychology, observed the positions that each boa took up each morning and evening when they arrived at the hunting site and ascertained that they would pick places that would help block the bats' path in and out of the cave, improving the hunt's effectiveness.

He says that the behavior represents a sophistication that previously had gone unnoticed in reptiles.

"Coordinated hunting requires higher behavioral complexity because each animal has to take other hunters' actions into account."

He said that previous studies had shown that cooperative hunting didn't necessarily increase food intake for all the participants, but instead might have a social function.

Other instances of snakes hunting together have been observed, he concludes, including the BBC's heart-in-mouth Planet Earth II segment of Galapagos racers hunting a baby iguana, but it's far from certain that there is any coordination between individual animals.

Dinets' research is the first time that the phenomenon has been scientifically recorded.