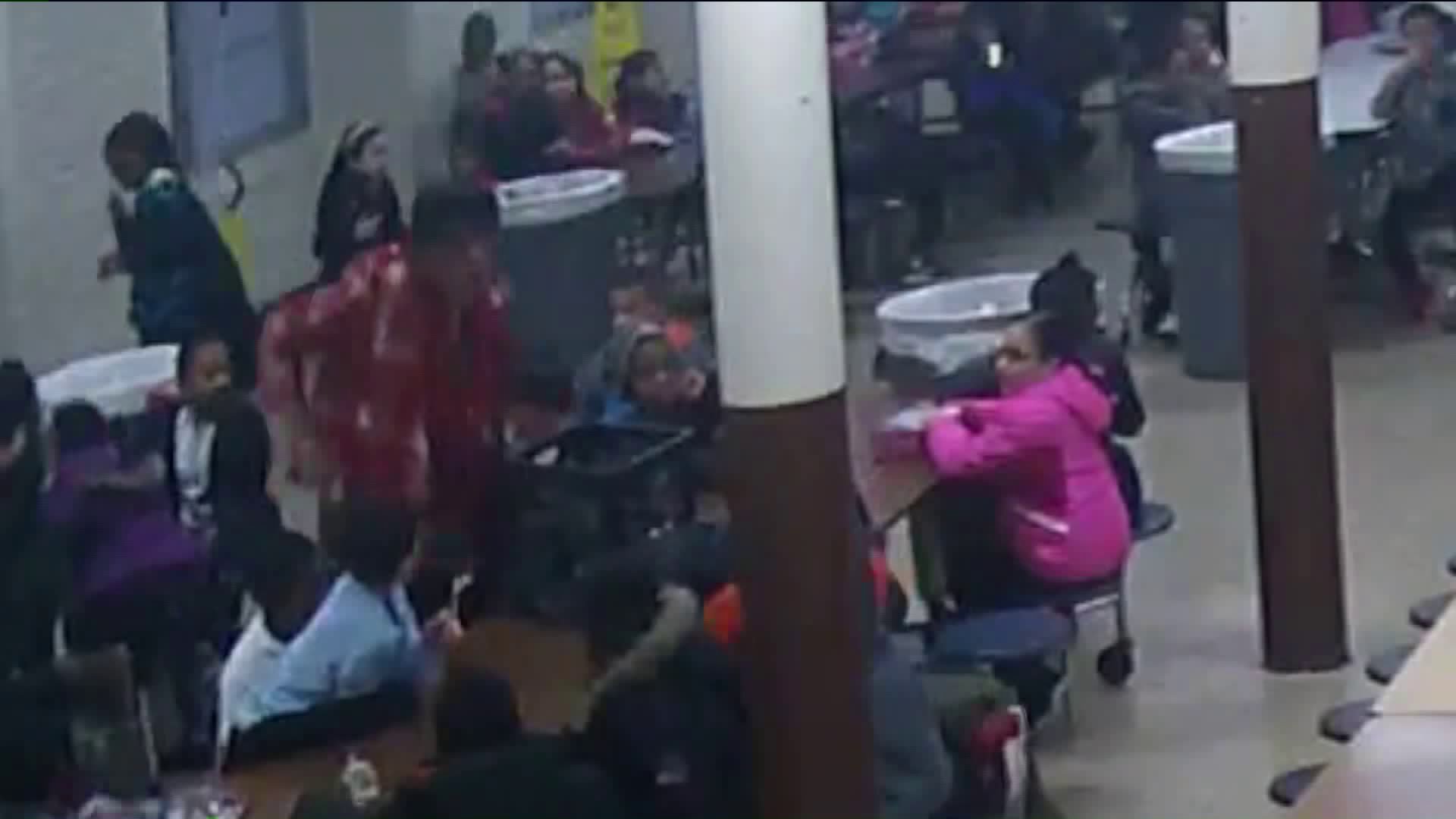 A teacher's aide was fired after video surfaces of the aide throwing bottle at student inside Paterson, N.J. lunchroom.

PATERSON, N.J. — A teacher's aide was fired after video surfaces of the aide throwing bottle at student inside Paterson, N.J. lunchroom.

"And then when his friends get up, you can see him holding his head," his mother, Shree Martin said.

The child gets up, wiping away tears.

You would think after an incident like this, caught on surveillance video, the school’s principal, JoAnne Riviello, seen her in a district photo, would have taken action, immediately.

But Martin says Riviello did not, and even failed to provide her with a written report.

So Martin started firing off emails to local and state education officials.

All of a sudden, Paterson school officials sprang into action, with one of them telling Martin via email,

“I do not have a written report of the incident in question but I also did not require one as part of my decision to terminate Mrs. Booker. The video tape was sufficient evidence of her actions…”

"I am so happy that he said something," Martin said. "Because I would have never known."