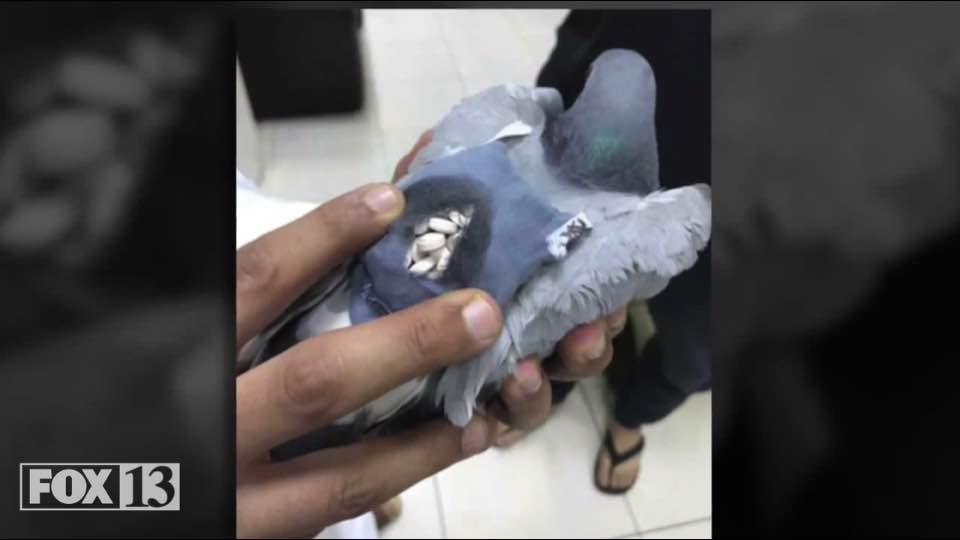 ABDALI, Kuwait — This story sounds like it's for the birds, but it actually happened.

Yes, you're looking at a bird busted for smuggling drugs — and it gets better.

The high flyer did it in a custom-made mini backpack, or a pigeon pouch, if you will.

Police catch a pigeon with 200 ecstasy pills hidden in a little backpack pic.twitter.com/vSB9eYtd84

Authorities said they tracked the fowl flight from Iraq as it crossed the border into Kuwait and netted the avian agent with about 200 ecstasy pills on board, according to the BBC.

Law enforcement in other parts of the world, such as in Costa Rica in 2015 and in Columbia in 2011, have caught pigeons being used to smuggle drugs, the BBC reports.

There is no word if the pigeon will face charges.