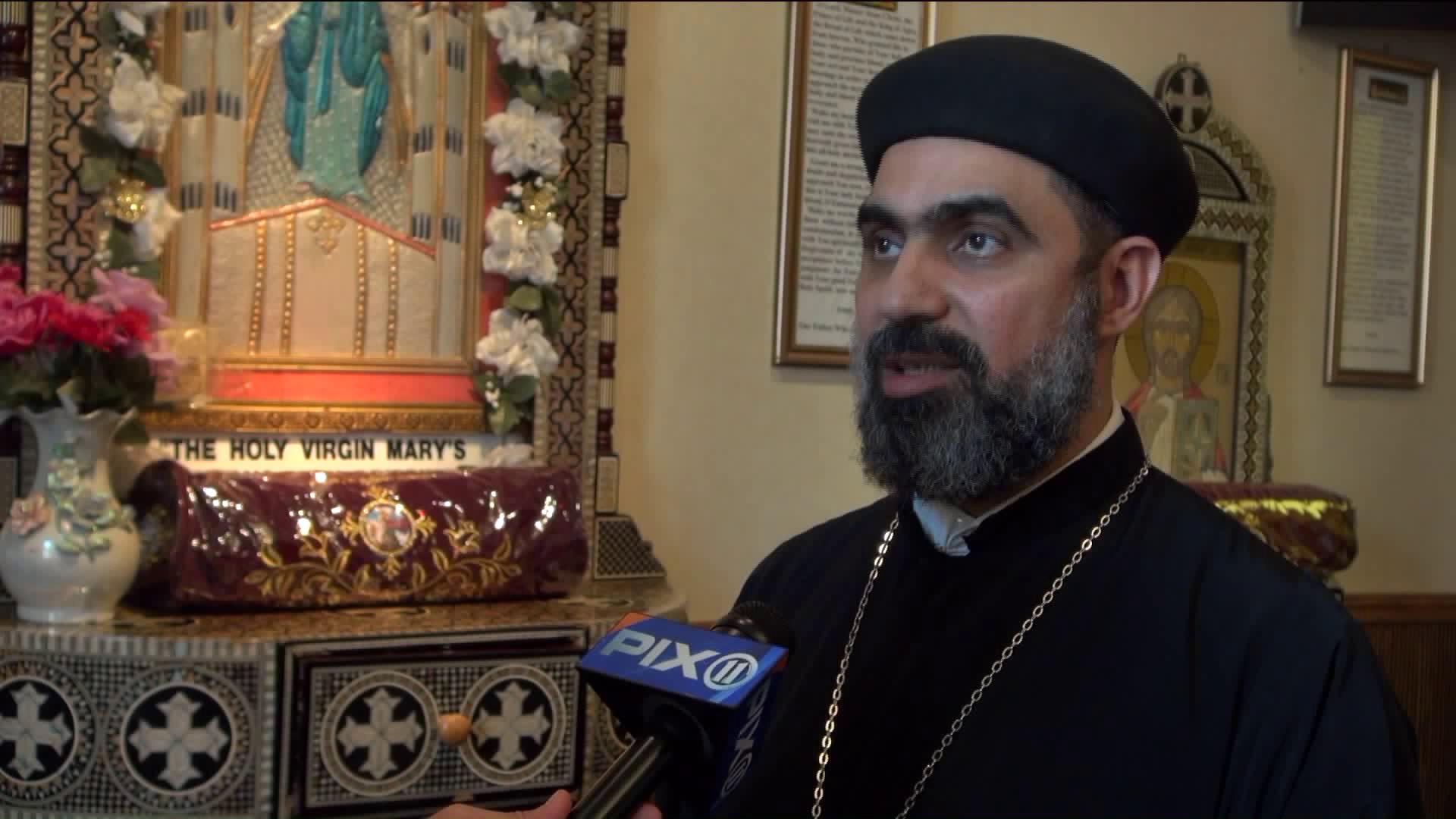 Coptic Christians in New York City are mourning after yet another terror attack targeted their brethren in Egypt.

A general views shows the Monastery of Marmina in the city of Borg El-Arab, east of Alexandria on April 10, 2017, as mourners attend the funeral of victims of the blast at the Coptic Christian Saint Mark's church in the northern port city. (MOHAMED EL-SHAHED/AFP/Getty Images)

Twenty-two others were reported wounded.

There was no immediate claim of responsibility for the attack, the fourth to target Christians since December, but it bore the hallmarks of the Islamic State group. The bloodshed came on the eve of the start of the Muslim holy month of Ramadan.

For years, Islamic militants have been waging an insurgency mostly centered in Egypt's Sinai Peninsula, though a growing number of attacks have recently also taken place on the mainland.

The bus came under fire on a side road in the desert on its way to the remote monastery of St. Samuel the Confessor in Maghagha, about 220 kilometers (140 miles) south of Cairo.

The monastery, reachable only by a short, unpaved route that veers off the main highway, is in Minya province, where Christians account for more than 35 percent of the population, the highest level of any province.

Security officials quoted witnesses as saying they saw eight to 10 attackers in military uniforms and masks.

Arab TV stations showed images of a bus riddled with bullet holes, with many of its windows shattered and bloodstains on the seats. Bodies lay on the ground, covered with black plastic sheets. Children could be heard screaming hysterically in the background.

Security and medical officials, speaking on condition of anonymity because they were not authorized to talk to reporters, said the death toll stood at 28 but could rise.

The government is likely to tighten security around churches, monasteries, schools and annual pilgrimages to remote Christian sites across the country.

The surge in attacks against Christians in Egypt has added to the formidable challenges facing President Abdel-Fattah el-Sissi's government as it struggles to contain the insurgency while pushing ahead with an ambitious and politically sensitive reform program to revive the country's ailing economy. The program has sent the cost of food and services soaring.

"The growing number of these terror attacks is not at all reassuring," Father Rafic Greiche, spokesman for the Egyptian Catholic church, told a local TV station.

On Wednesday, Egypt blocked access to nearly two dozen websites it said were sympathetic to militants or spreading their ideology.

After a visit to Egypt last month by Pope Francis, the Islamic State vowed to escalate attacks against Christians and urged Muslims to steer clear of Christian gatherings and Western embassies.

Egypt's Copts, the Middle East's largest Christian community, have long complained of discrimination and outright attacks at the hands of radicals from the country's Muslim majority.

The Copts account for about 10 percent of Egypt's 93 million people.

More recently, some Christians have complained that the government is not doing enough to protect them.

They rallied behind el-Sissi, a general-turned-president, in 2013 when he ousted his Islamist predecessor Mohammed Morsi, who hails from the Muslim Brotherhood. Attacks on Christian homes, businesses and churches subsequently surged.