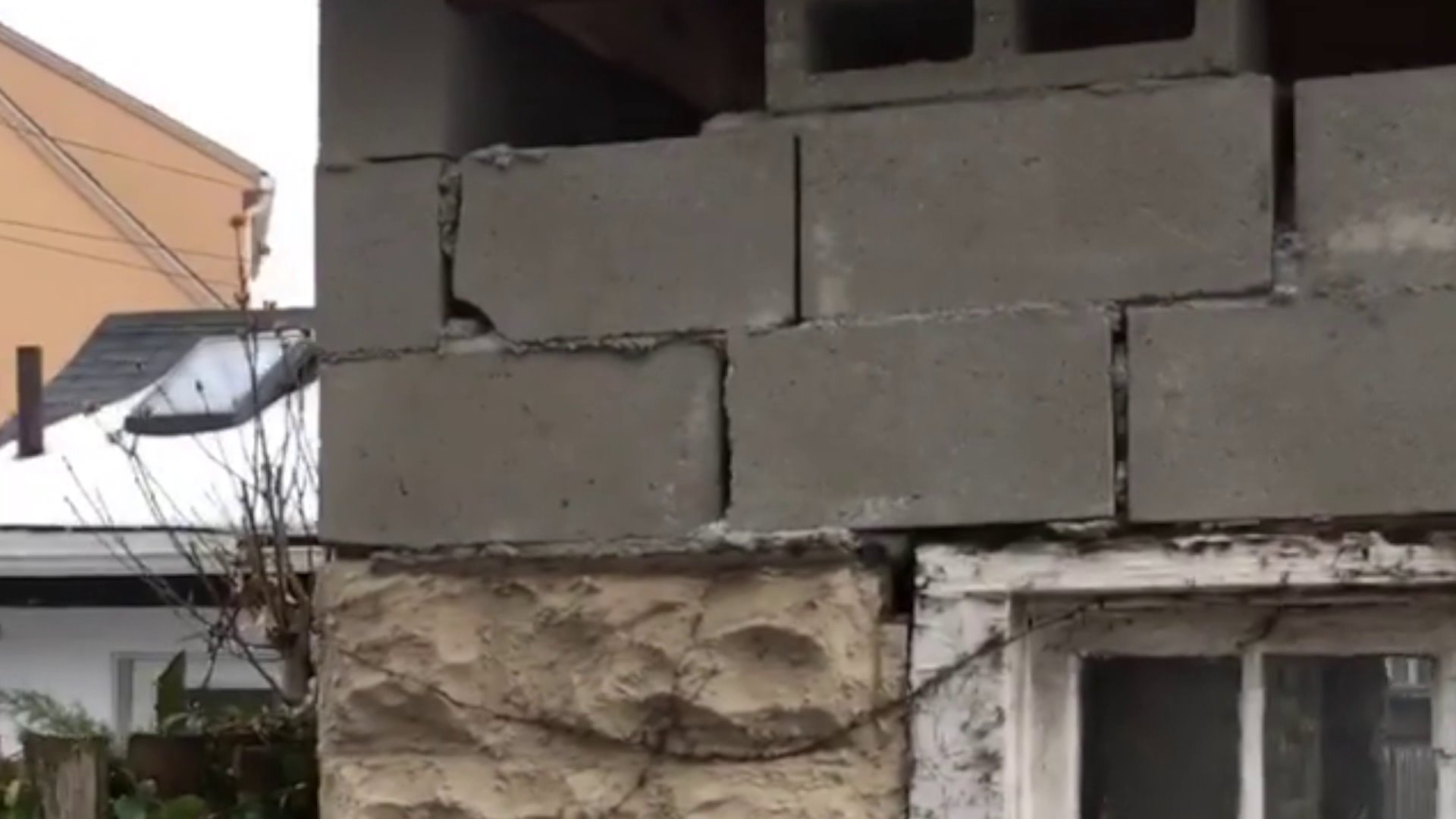 The result can be described as a dangerous debacle.

Sandra and Danny Azzo have a major problem.

They bought what they thought was their dream home in Rego Park. They hired an alleged contractor named Dennis Ngai to do improvements. They say they shelled out more than $150,000.

The result can be described as a dangerous debacle.

You name it and it appears Dennis Ngai did a horrible job. From beams to cinder blocks, mortar and tiles. It’s a wall to wall disaster.

And it turned out Dennis Ngai is not a licensed contractor and never obtained proper permits for the awful work he did. It was all illegal construction.

Sandra told me, “That’s when I said enough. Whatever money we have leftover let’s just hire someone to come in do the finishing work.”

So they hired Charlie Kawaz of C & K Construction. He’s doing his best to fix the mess.

“Everything was wrong. From a to z!” Kawaz told us. “I couldn’t find anything that was done right. I didn’t think this was possible.”

Dennis Ngai signed an agreement to repay the Azzos some of what they gave him. But they say he disappeared after that.

So they contacted me. I went to his house in Floral Park. He wasn’t around so I got him on the phone.

Ngai first claimed the Azzos fired him, told me not to go to his house and didn’t seem to care at all that we were going to put his horrible job on television.

That’s what happens when you use an unlicensed contractor. But thankfully, Sandra and Danny now have a pro on the job, someone who will get things done right.

So, beware of Dennis Ngai and unlicensed contractors in general.

And the New York City Department of Consumer Affairs asked us to remind you to file a complaint if you have a contractor problem. And call 311 for consumer tips.