Video: Man detained at site of raid in Manchester during concert bombing investigation 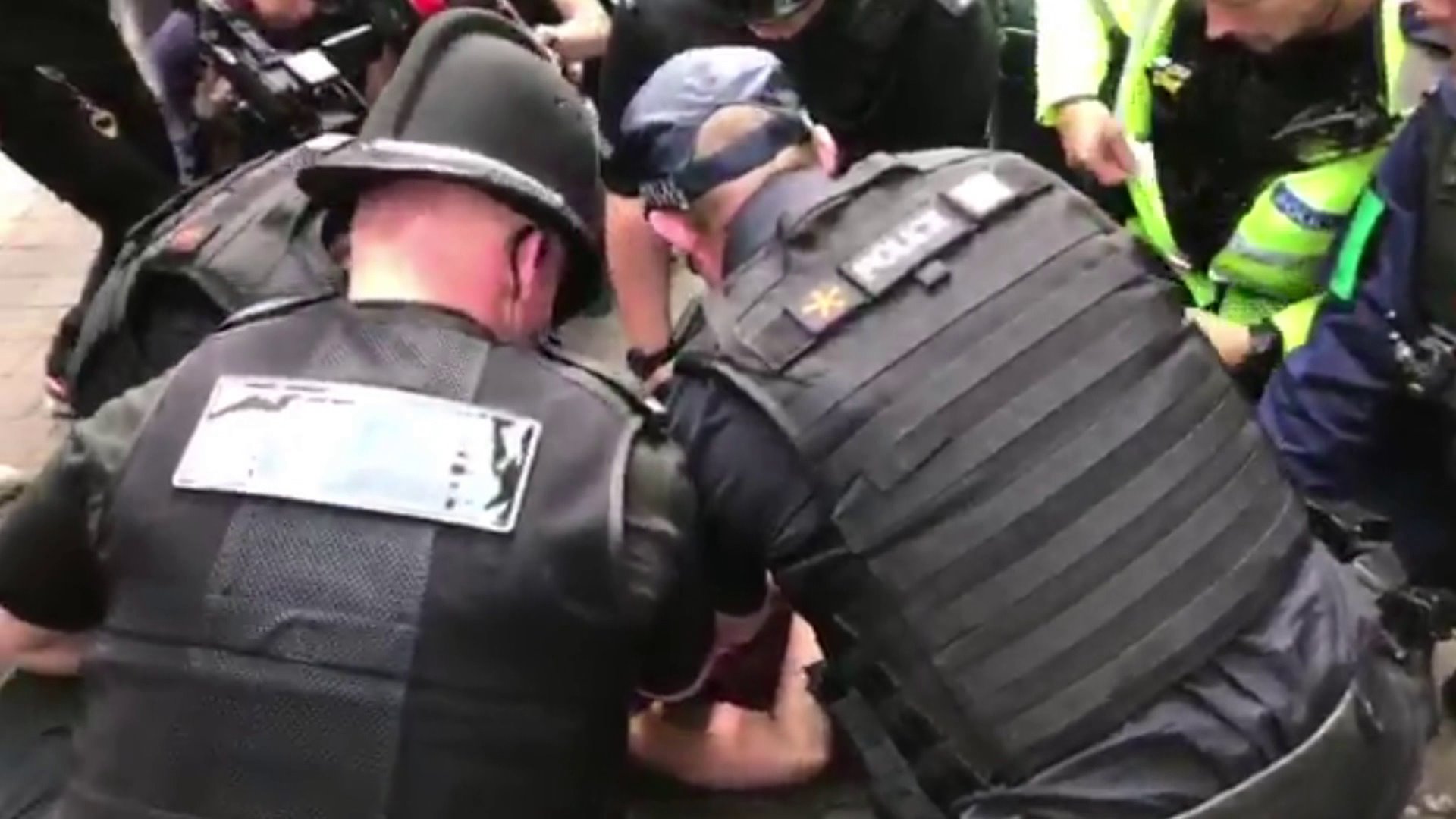 MANCHESTER — A man was seen being detained in Manchester, where officials were conducting a raid in connection to the bombing at an Ariana Grande concert that killed 22 people earlier this week, video showed.

A controlled explosion and raid took place in Manchester Wednesday around noon local time on the third floor of the Grandby House.

Residents say the building shook and the fire alarm went off, prompting many to evacuate. Some say they feared a bomb had gone off.

A man was seen running near the raid, and was taken into custody at the scene. No further details were available about the individual or why he was led away in handcuffs and placed into a police van.

Video shot by PIX11 showed the man facedown on the ground as about half a dozen officers detained him.

In that video, PIX11 is blurring the man's face because it is unclear if he faces any charges.

#breaking man in handcuffs led off in police van ... happened at site of a police raid @PIX11News pic.twitter.com/8KRA57140n