Pope Francis looked glum in Trump photo, but here’s why the photo is misleading 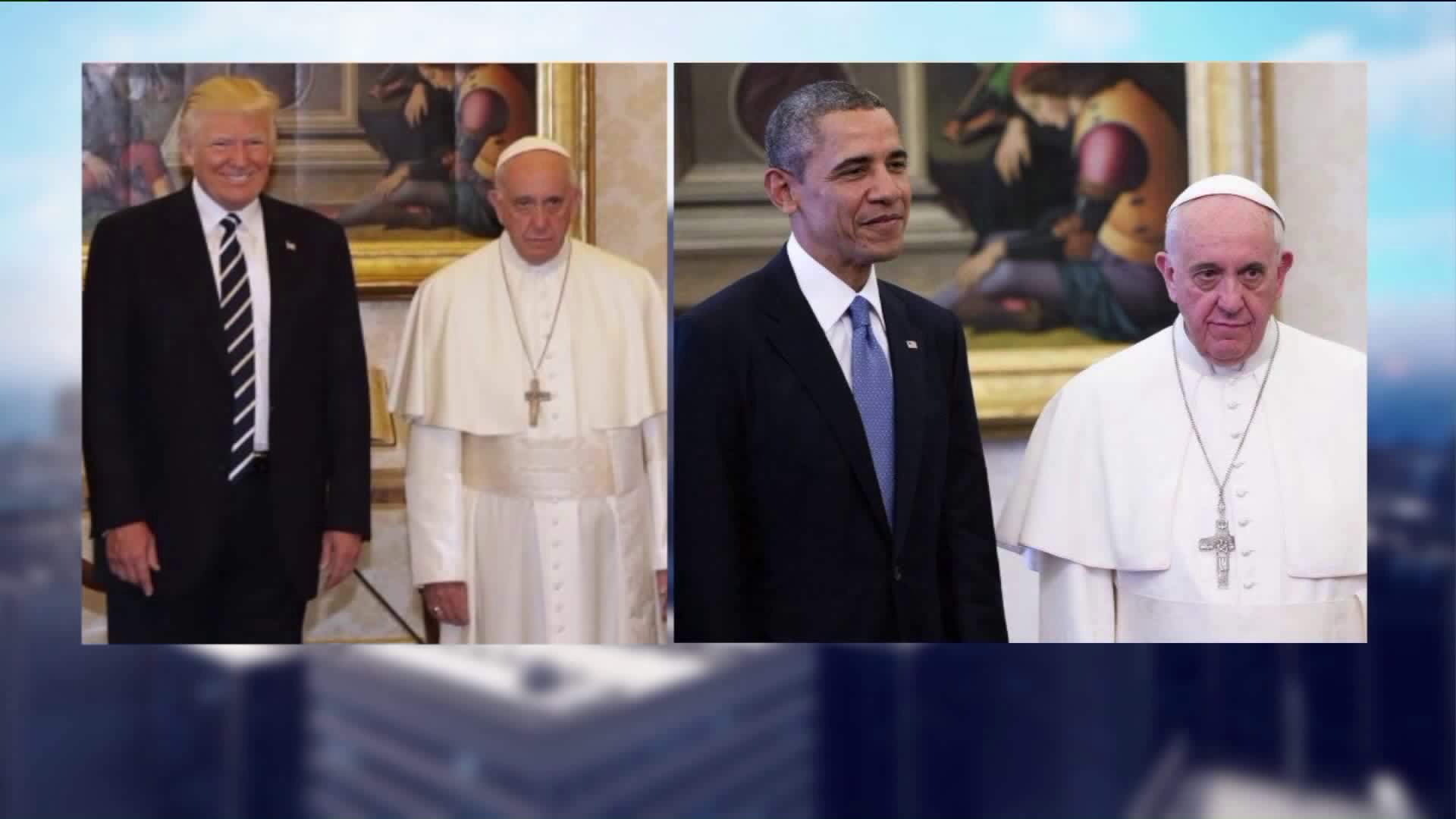 He looked equally glum when President Obama and others visited.

NEW YORK — They say a photo is worth a thousand words but in the case of Pope Francis and Donald Trump, it has spawned off a thousand memes.

While there were smiles and an exchange of pleasantries between the pontiff and the Trumps during their visit to the Vatican Wednesday, it’s a snap shot by the Associated Press that has tickled the internet.

At first glance, it looks like a funeral procession.

Outside of a grinning trump, first daughter Ivanka, first lady Melania and the pope himself are all stone faced and appear to be unimpressed. The photo op almost immediately served as ammo for Trump critics and internet comics alike, generating countless memes.

Others were also quick to compare the so-called “unimpressed pope” with happier times when the pontiff met with other heads of state.

The now-viral moment is somewhat misleading.

The AP photographer who snapped the pic told Time magazine that the mood in the room was far from somber. The pope was smiling and at one point even joking with the former reality star.

Also when it came to comparisons people quickly made with president Barack Obama’s visit, it was far from truthful.

In fact, if you compare both group shots, side by side, Pope Francis gave the same emotionless facial expression both times.

The only difference, one sad pope went viral while the other did not.