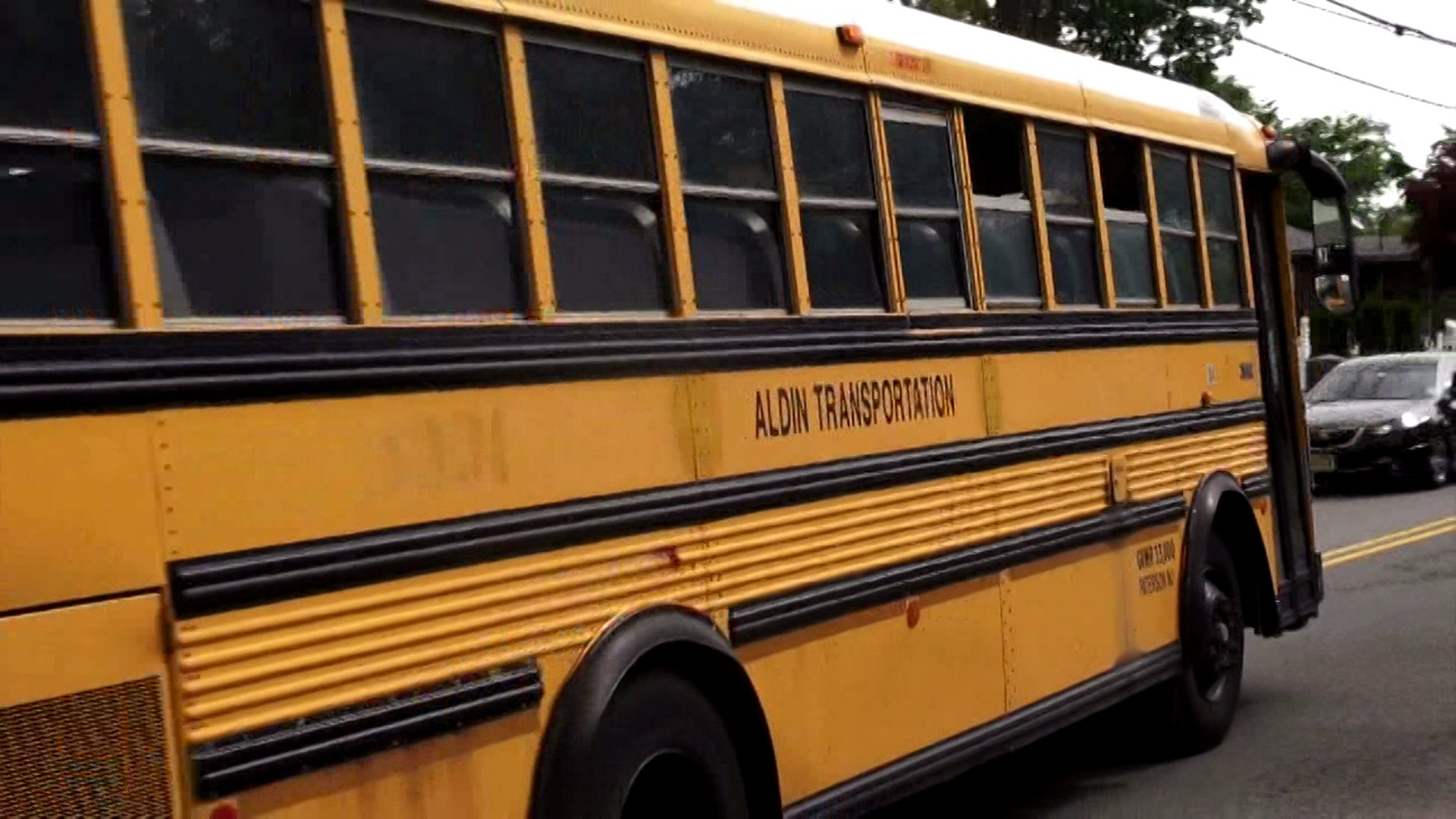 The Paterson Public School District just sent home a letter to parents notifying them that school bus service for public school students who live within 2.5 miles of school will be cancelled next year, or within 2 miles for elementary school students.

PATERSON, N.J. — Some parents in Paterson are scared for their kids' safety because of the busy road students will soon have to trek up in order to get to school.

The Paterson Public School District just sent home a letter to parents notifying them that school-bus service for public-school students who live within 2.5 miles of school, or within 2 miles for elementary school students, will be canceled next year.

"My daughters' safety is a top priority. She would be walking up a sidewalk-less avenue, where there are hills. What's going to happen when it snows? When it's icy?" asked Carrie Gonzalez, a mother of three. She's referring to Preakness Avenue, a two-lane, winding road that extends for long stretches without any sidewalks. Visibility is also an issue. Brush grows out onto the road in some areas, forcing pedestrians out onto the blacktop to get by.

"There are plenty of blindspots," said Sailys Cabral, another mom of three children, who is worried about her twin 16-year-old daughters walking home in the dark. ​

"You don’t know what kind of people are out there lurking," added Gonzalez.

In contrast, Cabral and Gonzalez's daughters currently get off the bus on a quiet, residential corner in their neighborhood where there is a 15-mile-per-hour speed limit, sidewalks and little traffic. Gonzalez's daughter walked home once before, when she missed the bus.

"I was walking with my friend home, and there was a truck coming," said Julissa Gonzalez. "The truck almost hit me."

A spokeswoman for Paterson Public Schools said that the district is facing financial problems and cuts must be made. The district recently announced layoffs of 62 teachers.

"A reduction in staff is the most difficult decision to make because it directly impacts the progress being made in our classrooms," said district spokeswoman Terry Corallo. "The total number of staff reductions, however, was less than we had originally predicted because we made other reductions such as transportation."

"Even my kids, they're not going to have transportation," said the city's councilman-at-large, Alex Mendez. Mendez has two children in elementary school and one in high school. He is running for mayor and used to sit on the school board.

"I may be able to drop my kids and pick them up, but what about those thousands of parents that cannot drop and pick up their children up because they have one or two jobs in the community? This is a serious issue."