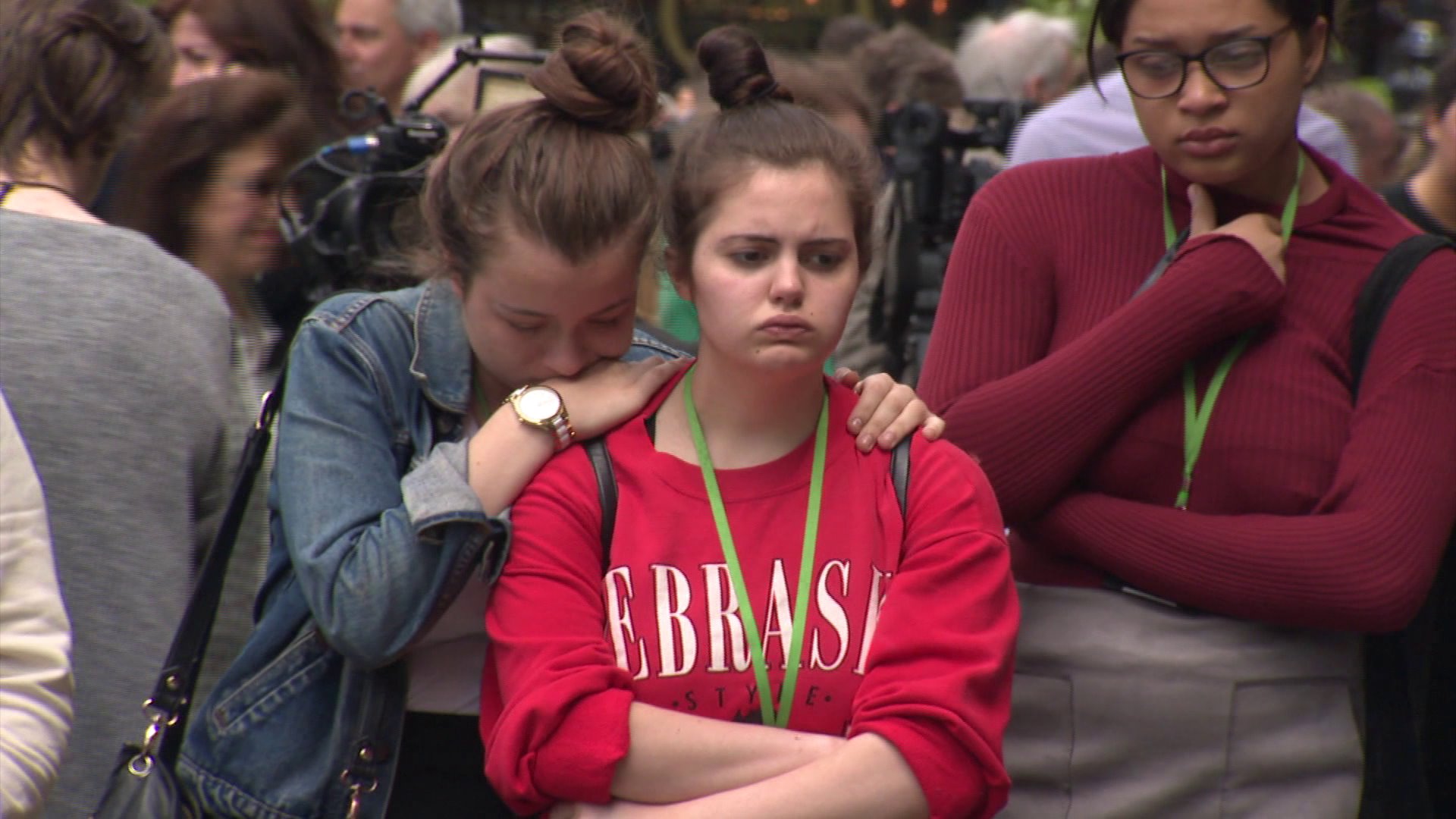 The attack may have been part of efforts by a broader terror network. 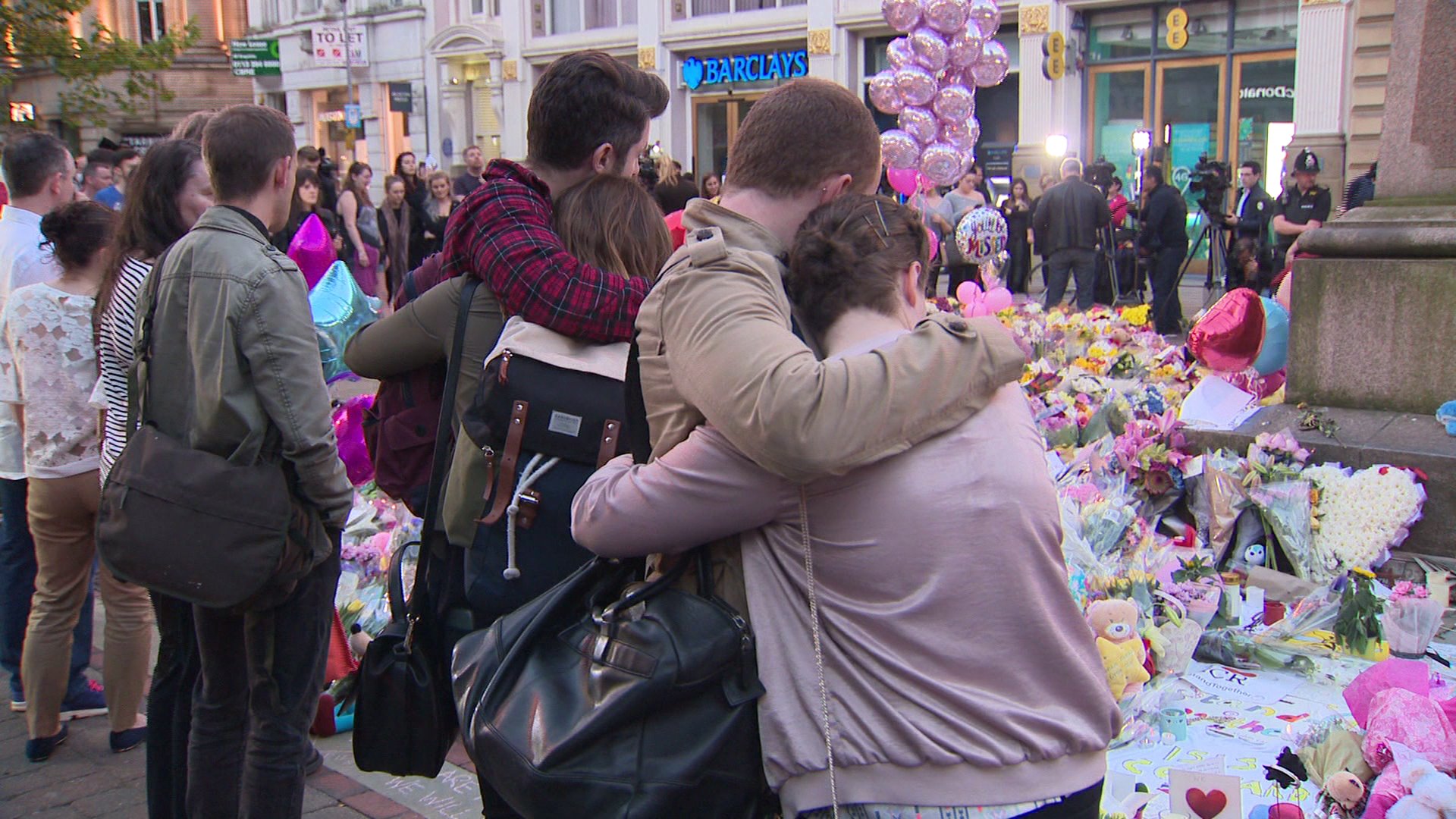 MANCHESTER, England — A flurry of raids and arrests on Wednesday took aim at a terror network associated with the 22-year-old former university student who conducted the deadly bombing at an Ariana Grande concert in Manchester just days after his return from Libya, officials say.

Salman Abedi, a 22-year-old British-born national of Libyan descent, was identified by police as the suicide bomber in the attack on Manchester Arena, which killed at least 22 people, including children, on Monday night.

New details about Abedi, who is believed to have been killed, emerged Wednesday -- including alleged links to terror groups, his troubles in Manchester after the death of a friend, his travel to Libya with a younger brother and their father's attempts to keep them from returning to the UK.

"It is very clear that this is a network we are investigating," Greater Manchester Police Chief Constable Ian Hopkins said.

A seventh person is arrested late Wednesday in connection with attack. A woman is arrested during a raid in the Blackley area of Manchester. The brother of the Manchester bomber is arrested in Libya. A friend of attacker's family says Abedi went to Libya after getting into trouble in UK. Attacker returned to UK days before bombing, friend says. UK will hold a minute of silence Thursday morning.

Home Secretary Amber Rudd told the BBC that Abedi was on the radar of intelligence services.

Abedi was in Libya for three weeks and returned just days before his attack, US military officials assigned to US Africa Command told CNN. They said that information had been shared between US and British intelligence services, but a full analysis was underway to put those details in context.

In Libya, a brother of Abedi -- identified as 20-year-old Hashim Ramadan Abu Qassem al-Abedi -- was arrested Tuesday night on suspicion of links to ISIS, according to a statement from a Tripoli militia known as the Special Deterrence Force. Nominally under the control of the Interior Ministry, the militia published the statement on its Facebook page.

The younger Abedi was allegedly planning a terror attack in Libya when arrested, the militia reported. He was picked up while allegedly receiving a money transfer from Salman Abedi.

CNN has not been able to independently verify the details from the militia. The UK Foreign Office, Metropolitan Police and Greater Manchester Police had no immediate comment on the reported arrest in Libya.

The militia claims that the younger Abedi admitted knowledge about the Manchester attack and was in Britain for its planning. The statement also said he left the UK in mid-April and had been under surveillance about a month and a half.

Sons got in trouble?

Abedi's father brought Salman and his younger brother to Libya from Manchester about a month ago because the young men were getting in trouble in England, a family friend in Libya told CNN. The brothers wanted revenge for a friend killed by a gang, according to the family friend, who asked not to be identified.

The father, a police officer whose name is Ramadan, took his sons' passports so they could not travel, the friend said.

The friend and another source in Manchester's Libyan community said Salman got his passport back after telling his father he was going on a pilgrimage to Saudi Arabia. He returned to England instead.

Abedi carried out the attack three days after returning to the UK, said the family friend, who described the father as "shaking" after learning of his son's involvement.

US military officials said American and UK intelligence services, along with the Africa Command, are looking at the possibility Abedi could have met with ISIS members or operatives from al Qaeda in the Islamic Maghreb, a North African militant organization.

Rudd earlier slammed the US for leaking several details on the attack investigation as "irritating" and asked them to stop.

Rudd refused to respond to Collomb's comments that Abedi was believed to have been to Syria. She also refused to elaborate on reports in Arab media Abedi's father had links to Islamist rebel groups in Libya.

On Wednesday night, Manchester United beat Ajax 2-0 to win the Europa League soccer tournament as fans in the stands in Stockholm, Sweden, remembered the victims with banners saying, "Manchester stands against terrorism."

The UK will hold a minute of silence in remembrance of the victims at 11 a.m. Thursday -- two days after Prime Minister Theresa May announced that Britain's threat level had been raised from "severe" to "critical," and warned that a "further attack may be imminent."

Six men and a woman are now in custody in the UK -- including six arrests in the Manchester area on Wednesday and a 23-year-old detained Tuesday. None of the suspects have been identified.

The woman was arrested during a raid on a block of flats in Blackley, the Press Association reported, citing Greater Manchester Police.

A man arrested late Wednesday in Nuneaton became the seventh person taken into custody, Greater Manchester Police said. Nuneaton is about 100 miles southeast of Manchester, in the British Midlands.

Up to 3,800 military personnel have been made available following the attack, Secretary Rudd said, and almost 1,000 are deployed.

The Chelsea Football Club canceled its victory parade for winning the English Premier League. It was planned for Sunday in London, but the club said it decided to call it off out of respect for the victims and in light of the security threat.

Abedi's three weeks in Libya has raised questions about his travel and how aware British authorities were of him and his movements in recent weeks.

The Africa Command, which oversees US military involvement in Libya, is using contacts there to learn where Abedi went and whom he might have met with, US military officials said.

Abedi was was a student at the University of Salford in Manchester. The University said he was studying business and management but was not attending classes during the current semester.

Libya has become a hotspot for terrorism since the downfall and death of dictator Moammar Gadhafi in 2011. ISIS has gained a foothold in the country, and a tenuous UN-backed government there has struggled to assume full command of the security situation.

ISIS claimed Monday's attack, saying on its Telegram channel Tuesday that a "soldier of the caliphate" planted explosive devices at the arena, according to a US counterterrorism source. ISIS routinely claims attacks with which it has no proven connection.

Authorities have discovered no evidence of a link between the attacker and an established terror group, a British counterterrorism official told CNN.

Children among the dead

Seven victims have so far been named. Cheshire Police, in a statement, said one victim was an off-duty female officer. She was not identified.

Among the dead are 8-year-old Saffie Rose Roussos from Leyland, the Lancashire County Council confirmed; and 15-year-old Olivia Campbell, according to her mother.

Georgina Callander, 18, an Ariana Grande superfan, also died, her school said, and John Atkinson, a 26-year-old student from Greater Manchester, was killed, according to a local politician.

Michelle Kiss, a wife and mother, is among the dead, her family said. Two Poles were also killed, Poland's Foreign Ministry tweeted.

Sixty-four people were injured in the attack, and at least 12 victims aged 16 or under were being treated at a children's hospital for serious injuries, some of them fighting for their lives, a Manchester health official said.